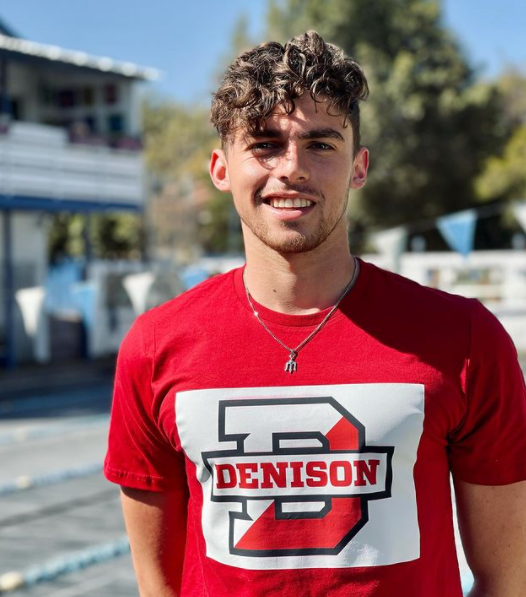 Luus will immediately provide Denison with NCAA scoring potential as he would have been among DIII's best two years ago at the NCAA Championships.

After spending his first year in the United States swimming for Gannon University in the Pennsylvania State Athletic Conference, Chris Luus has announced that he will be making the move to Denison to swim. Due to the additional year of eligibility granted to collegiate athletes due to the pandemic, he will have a full four years of remaining eligibility.

Originally from Pretoria, South Africa, Luus swam a wide variety of events in his one year competing with Gannon University. His top event was the 100 back, where he came away with the gold medal at the PSAC Championship, an unofficial conference championship meet held in the absence of some of the conference’s other programs which did not compete due to Covid-19.

Shortly before joining the Gannon team last December, Luus competed at the South African Short Course Championships, swimming multiple events in finals. His top finish came in the 50 back where he earned third in a time of 25.87. The event was won by Pieter Coetze, who represented the country in the 100 back at the Olympic Games in Tokyo.

While he still has limited experience competing in the short course yards pool, Luus will immediately help the Denison program when he arrives this fall. His best time in the 100 back would have been the program’s second-best last season, and his other events would have ranked among the program’s top swimmers as well. While it’s been two years since an NCAA DIII NCAA Championships was held, his 100 back time of 48.80 would have earned him a B-final swim at the 2019 edition of the meet.

Heck, you can do that going from D1 to D3 in some cases.

Denison, Emory, Kenyon, and Hopkins (sure I’m forgetting some) would be competitive in most mid-major conferences.

MIT, WashU, and UChicago can also hold their own against D1 mid-major teams, and often beat them in dual meets. It’s because most of the recruits at these places could’ve gone low-D1, but of course instead choose a place that has top academics.

Certainly from an academic standpoint