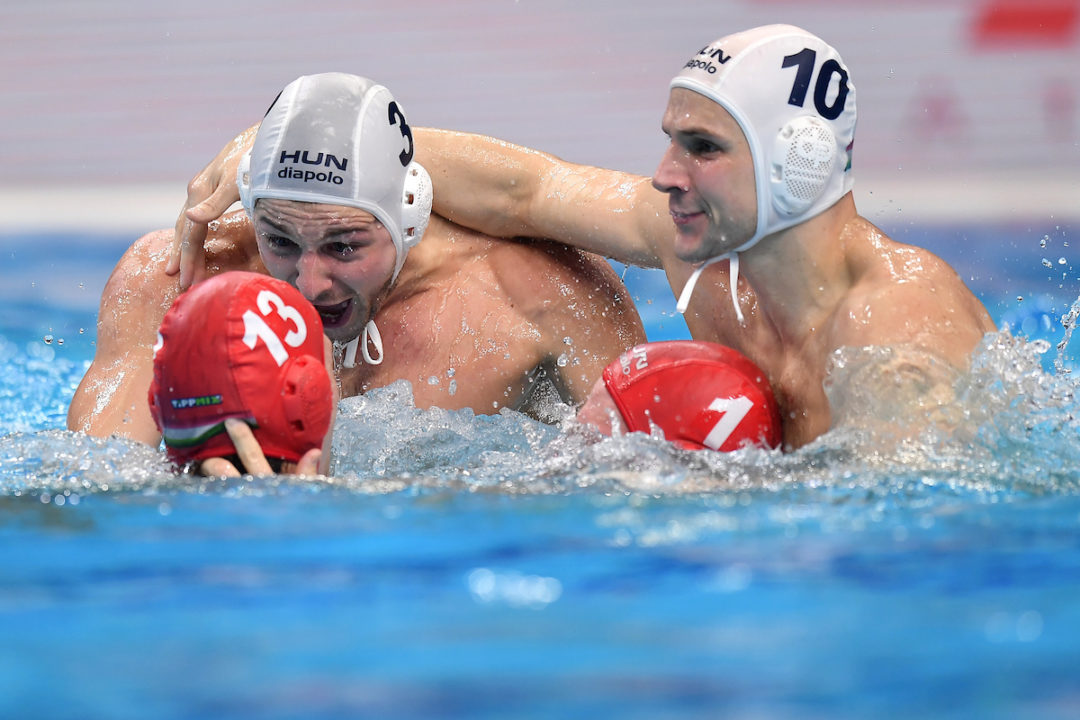 After an extremely tight first half of the match, Spain pulled away from the USA in the 4th quarter, ending the match with a 12-8 score. The teams were tied 3-3 at the end of the 1st quarter, and went into halftime tied 6-6. In a contentious 3rd quarter, there was only one goal scored, and it was by Spain. The 4th quarter was the exact opposite, as Spain outscored the USA 5-2.

One of Spain’s most valuable players in the match was Bernat Sanahuja, who came off the bench and only played 13 minutes. Sanahuja made those most of those 13 minutes, putting up 2 shots, and scoring both of them.

Greece pulled well away from Montenegro in the 2nd half of the match, ultimately winning the match 10-4. It was a low scoring affair at first, with Greece leading Montenegro 3-1 at halftime.

Notably, the Greek defense was too much for Montenegro, as the Montenegrin team shot just 15% on the match. Greece just over doubled Montenegro’s shooting percentage, totaling 31%.

Montenegro’s goalkeeper Slaven Kandic played very well, but was overwhelmed by the volume of shots that made it to him. 25 shots came Kandic’s way, and he managed to save 15 of those, for a 60% save percentage. Greek keeper Emmanouil Zerdevas also played extremely well, saving 8 of the 12 shots.

Greece’s Konstantinos Genidounias was an offensive force, taking 10 shots, and scoring 5 of them. Included in his shots was a perfect 2-for-2 on penalty shots.

Serbia jumped out to an early lead in this match, and it’s good (for them) that they did, because they only scored 1 goal in the 2nd half. Serbia led 9-3 at at halftime, and 9-4 at the end of the 3rd quarter. Ultimately, Serbia won the match 10-6.

Italy struggled on offense, posting an 18% shooting efficiency on the match. Serbia took 3 less shots during the match, but shot on 33% efficiency. Italy’s Pietro Figlioli was off his game offensively, taking 9 shots on the match, and 0 goals.

Serbian goalkeeper Branislav Mitrovic was at the top of his game, saving 15 of 21 shots (71%).

Hungary bested Croatia 15-11, coming back from being down early.

Hungary was led to victory by Krisztian Manhercz, who was a tsunami of offense during this match. Manhercz, who played all but 3:51 of the match, took 8 shots, scoring on 7 of them. He tore the Croatian defense apart, specifically on extra player shots. Manhercz took 5 shots while Croatia was down a player, scoring on all 5 of them. He also took a 6-meter shot, scoring that as well.

The semifinals matches are now set. On Friday, August 6th, we’ll see Greece take on Hungary in the first match, and Spain battle Serbia in the 2nd. The winner of each match will move on to the Gold medal match, while the losers will meet each other in the Bronze medal match.