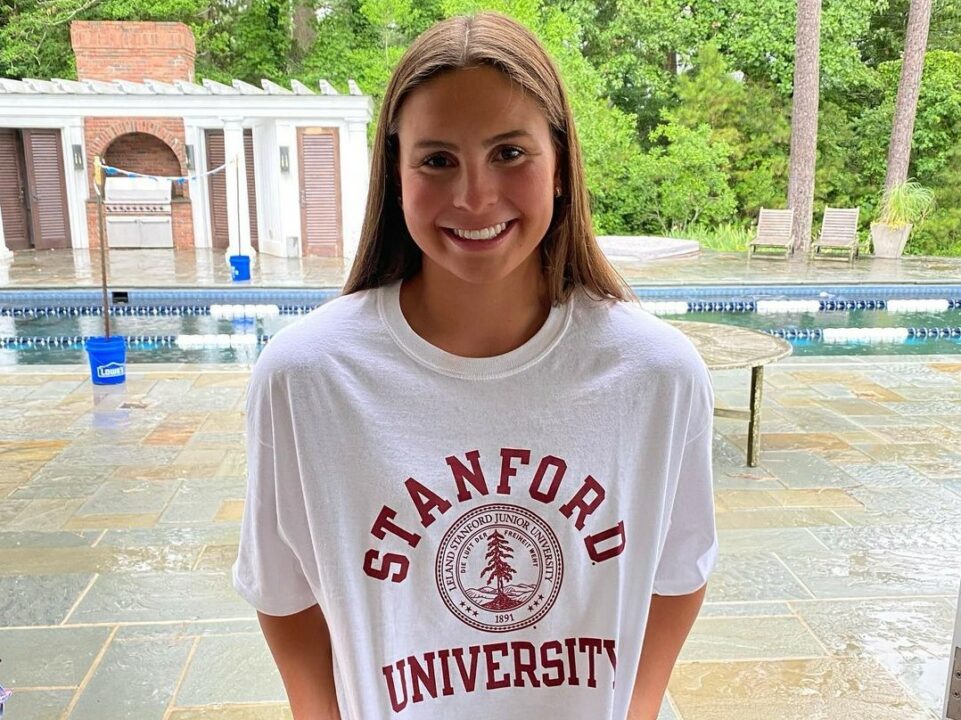 In this post, we'll be looking over some of the great swims from day 2 of the 2022 U.S. International Team Trials that may have been overlooked. Stock photo via Kayla Wilson

In this post, we’ll be looking over some of the great swims from day 2 of the 2022 U.S. International Team Trials that may have been overlooked. We had quite a few of such swims yesterday, in a session which featured the 200 free, 200 breast, 200 back, and 50 fly.

Additionally, 23-year-old Beata Nelson took 2nd in the ‘B’ final, clocking a huge new personal best of 1:59.25. Nelson got under 2:00 for the first time in her career in prelims, where she swam a 1:59.98. A significantly better short course swimmer than long course, Nelson has been working her LCM 200 free down over the course of this season. She entered 2022 with a personal best of 2:04.59, then brought that time down to 2:00.60 in March, before lowering it again yesterday.

14-year-old Avery Klamfoth came in 6th in the ‘B’ final of the women’s 200 breast last night. The SwimMAC Carolina product clocked a new career best of 2:30.96 in the race, chipping 0.27 seconds off her previous best, which was set at the Speedo Sectional meet in Indianapolis at the end of March. While it may seem on its face that 2:30 isn’t an exciting time in the 200 breast, the swim moves Klamfoth up to a tie for #14 all-time in the 13-14 age group. For additional context, current high-level breaststrokers like Kate Douglass and Ella Nelson were both also 2:30-point 200 breaststrokers at age 14.

Nick Mahabir, a 16-year-old out of Coronado Swim Association Team, was on fire in the men’s 200 breast last night, clocking a massive new personal best of 2:13.51. The swim moves Mahabir up to #5 all-time in the 15-16 age group, and he’s just the 5th American 15-16 to get under 2:14 in the event as well. Mahabir entered the day with a personal best of 2:16.46, which he had just set on April 1st at the Fran Crippen Swim Meet of Champions in Mission Viejo. At the beginning of 2022, Mahabir’s personal best in the event was 2:18.30, a time he established last summer.

19-year-old Indiana University swimmer Anna Peplowski took the ‘B’ final of the women’s 200 back in a new personal best of 2:11.21. Peplowski started out the race in 4th, but moved into 3rd on the 3rd 50, then sped into the lead on the final 50, getting her hand on the wall 1st. The performance marked a huge personal best for Peplowski, who had swum her previous best time of 2:13.58 in prelims yesterday. Prior to her prelims swim, Peplowski had a personal best of 2;17.02, which she had just swum at the San Antonio Pro Swim Series at the beginning of the month.

15-year-old Maximus Williamson was incredible in the ‘B’ final of the men’s 200 back, winning with a blistering 1:58.75. The North Texas Nadadores swimmer blew through 2:00 for the first time in his career, beating out a field which contained a ton of young American backstroke stars. He was great on the front half of the swim, splitting 57.41 on the first 100. Additionally, the swim makes Williamson the 6th-fastest 15-16 all-time in the event, and the #2 15-year-old all-time. Here is the all-time top 10 in the 15-16 boys LCM 200 back:

In prelims of the men’s 200 back, 16-year-old Daniel Diehl out of Cumberland Y took 9th, finishing just outside of qualifying for the ‘A’ final with a new personal best of 1:59.52. Diehl has been on a roll in 2022, breaking Ryan Murphy’s 15-16 NAG in the LCM 100 back in March. With his swim yesterday morning, Diehl has risen to #8 all-time in the 15-16 age group. He was briefly #7, before Williamson came back in finals and moved ahead of him.

Great idea for a daily article during a meet like this. Keep it coming