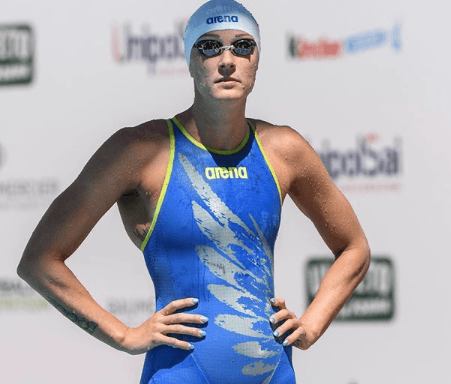 Swedish Olympian Sarah Sjostrom had already racked up 3 individual gold medals at these 2018 European Championships and the 24-year-old captured her 4th with a victory in the women’s 50m fly tonight. However, she did so at not exactly 100%.

According to several Swedish media reports, the world record holder was worried she had broken her thumb at the finish of the 100m freestyle yesterday, a race in which she took gold in a time of 52.93. However, an X-ray revealed there was no fracture, rendering her able to race tonight’s 50m fly, which she won in a time of 25.16. That’s  a solid outing my anyone’s standards, but for Sjostrom, she’s already been 25.07 earlier this year and has been on a roll with championship records here in Glasgow.

Post-race, the Swede’s thumb was reportedly swollen and tender. She will still undergo an MRI to check for any soft tissue damage.

The win was Sjostrom’s 4th-straight European Championship in long course, which piggy-backs on winning the last 3 in short course for 7 consecutive European titles in the event. She’s also won the last 2 World titles in long course.

I call it first. We will never more se Sarah win a gold medal at Worlds or OG. Neither will we see a WR from her. It has been a great decade but its all downhill from now.

And also she is not a good role model. She skipped the finals for 4 x 100 mixed medley without a legit reason. Realy bad.

What is wrong with you ?

Wtf?! Someone seems VERY jealous of her. Wtf just go away!!!

Did Sarah reject you for a date or something?

She is amazing! To do it with a broken thumb. That time would have won last year in the women’s 50m butterfly!

Even if it isn’t the most serious thing in the world, it’s not the easiest thing to swim with…