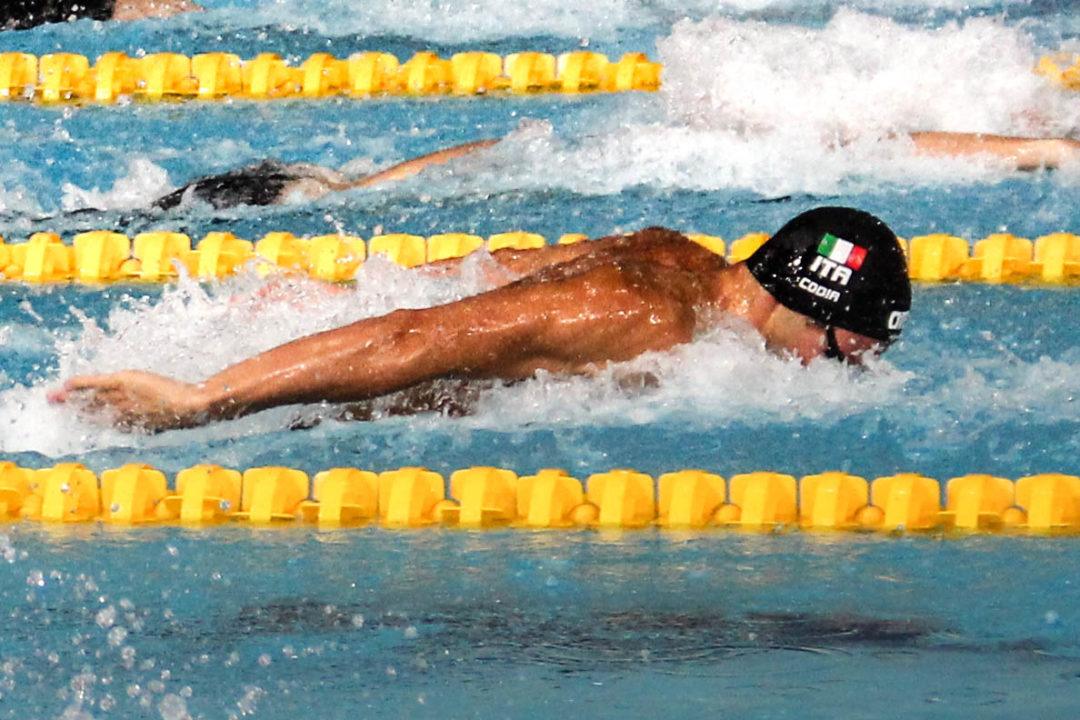 VIEW YOUR ENTRIES AND THE OVERALL STANDINGS HERE

Contest rules can be found here.

The final night of Euro’s saw near unanimous favorite Sarah Sjostrom win the women’s 50 fly-correctly picked by 99% of pick’em entries. Ranomi Kromowidjojo was nearly as popular for 2nd, but ended up 6th. This meant no one picked Emilie Beckmann 2nd. Kimberly Buys was a bit more popular in 3rd at 9% picked and Aliena Schmidtke was a popular choice for 4th at 31%.

Katinka Hosszu’s scratch threw a curve ball that messed up a lot of people’s 200 back picks. Margherita Panziera (5%), a popular choice for 2nd behind Hosszu was 1st. Daria Ustinova (46%) was 2nd, Katalin Burian (1%) was a surprising 3rd, and Lisa Graf (47%) was an unusually popular 4th popular pick.

The leader from the last 4 days ced4003 held on for the win with 417 points. Congratulations. Several times through out the session, they fell out of 1st place, but managed to bring it back with solid relay picks. SwimSwam’s JSutherlandSS was 2nd. Dave was 3rd with 404, and PaoBeds was 4th with 402. If you’re not in the top 10, you can check your ranking here.

The daily winner was Dave with 89 points. They were followed by JSutherlandSS and TexAg19 with 87 and KeithM with 86.