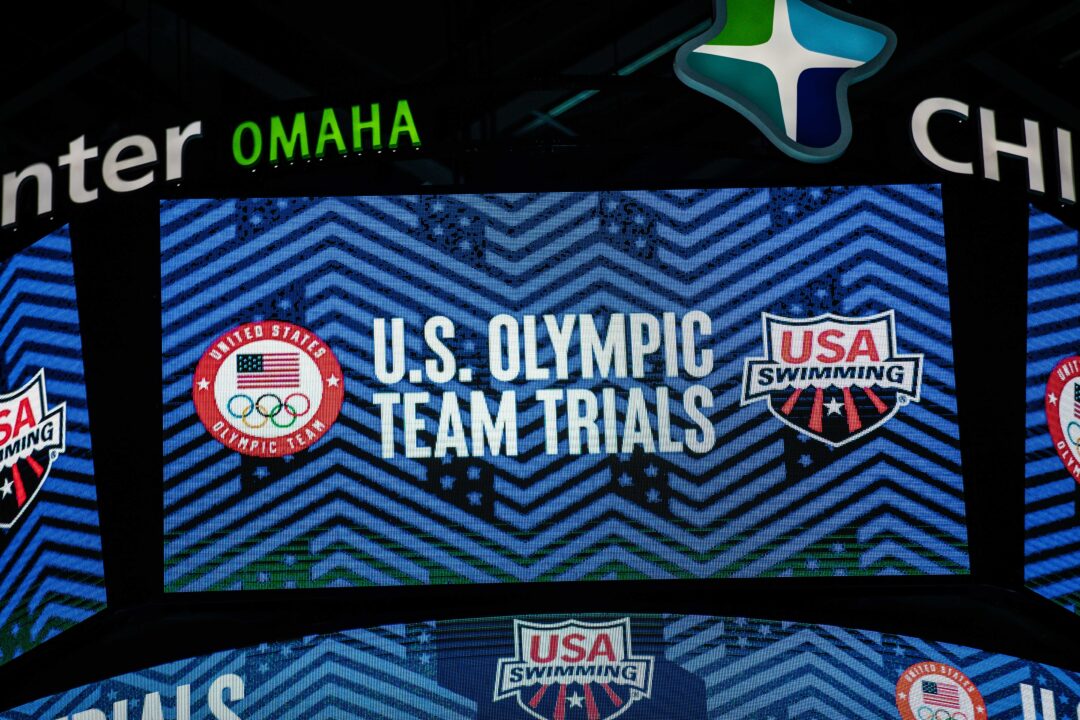 The event order for the 2024 U.S. Olympic Trials has been released.

As expected, the schedule mimics the new nine-day format that was confirmed for the 2024 Olympic Games last year, with events now spread out over 17 sessions compared to the 15 we’ve seen in years past.

The only difference between the two schedules is that there will be no relays at Trials. See the full schedule below:

The new schedule resolves several notable event conflicts some of the top U.S. swimmers have had in the past at both Trials and major international meets, including Katie Ledecky‘s 200 free/1500 free, and it also opens the door for male swimmers (Carson Foster?) to race both the 400 free and 400 IM.

The men’s 200 back final will now only conflict with the 200 IM semis rather than the final, while Michael Andrew now faces a tough task if he wants to swim the 200 IM in Paris, as the final comes shortly after the 50 free final.

See a full breakdown of the event conflicts/resolutions with the new schedule here. You can find the 2021 Olympic Trials order of events here.

The Trials will run from June 15-23, 2024, at Lucas Oil Stadium in Indianapolis. Tickets to the general public will go on sale Feb. 1.

Can anyone go over what Michael Phelps’s schedule would have looked like under this format? Conflicts and turnaround times…

Question: how does the new schedule affect relays? Are there more, tighter schedules/conflicts in a session?

Makes sense. Number of viewers drives TV revenue. She’s the most recognizable name in the sport.

Foster could still swim on the 8free relay at the games even if he doesn’t “make the team” in the 200, especially because the coaches will know he can be fast, most likely faster than 2-4 of the qualifiers

MA may as well stick with the 50 free over the 2IM imo.

Sucks cause I know there’s greater 200 IMs in him that Id love to see but it just makes more sense. I see him as much more of a lock in the 50 where hes relatively consistent than the 200 where peoples hands are heating up meanwhile hes still figuring out the event.

The ? Is the 100 fly but I’d assume he would send since its after the 50 final and he really did have such a phenomenal leg on the medley at worlds.

More than highly unlikely, but impossible. He is already under contract for 2024 and 2028 (LA) with NBC that will include trials. Enjoy!

Great, now if only they’d make the tickets affordable….

I’m looking at the seating options, via Ticketmaster, on USA Swimming now. I can clearly see that USA Swimming doesn’t want this to be a family friendly event – $475++ for nosebleed! Not sure why seating is only on 3 sides of the pool (yes I do see the 2 rows of seats on deck at “only” $3500++ per, but couldn’t they install another bank of bleachers behind it?).

I will have to sell a kidney to afford these prices.

When do they go on sale ?

Can you post a link? I can’t find it at USA Swimming. Thanks.

Need someone at USA Swimming to offload a bunch they can’t sell to some old school scalpers.