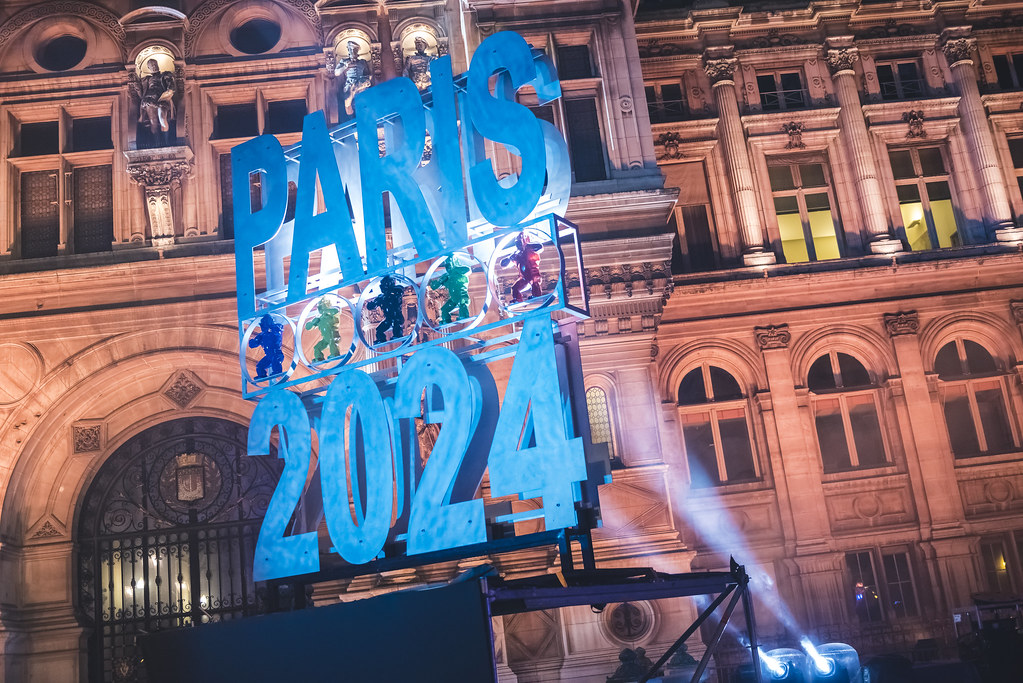 The newly released competition schedule reveals a new nine-day format for swimming, opening the door for changes to the event schedule. Archive photo via CroixRougeFrancaisParis

This week, the Paris 2024 organizers unveiled the competition schedule for the Games.

Pool swimming kicks off on Saturday, July 27th and runs through August 4th at the Paris La Defense Arena. Prelims return to the morning session (11:00 am CET) and finals to the evening (8:30 pm CET), after the opposite timing took place last year in Tokyo.

The major change to the schedule is that the competition will take place over nine days as opposed to the eight-day format. The extra day means that there will be eight prelim sessions and nine finals, opening the door for changes to the event schedule.

Organizers have not yet released the meet’s order of events. However, the extra day will most likely be used to alleviate schedules of swimmers who would typically have to swim an individual event and a relay in the same session. It also frees up a packed schedule that saw three new events added last year–the men’s 800 free, the women’s 1500 free, and the mixed 4×100 medley relay.

Since the Sydney Games in 2000, the eight-day schedule has been used at the majority of Olympics. The two exceptions are the Beijing and Tokyo Olympics, which used a “flipped” schedule of finals in the morning and prelims in the evening to sync with U.S primetime. With this format, day one featured only a prelims session and the last day ran only a finals session. Thus, competition stretched over nine days but still featured the same number of sessions as an the traditional 8 day meet (including 8 finals sessions)

Before 2000, swimming’s competition schedule was not standardized and changed with each Olympics. The Atlanta Olympics used a seven-day format, which hadn’t been used since 1984, as the Barcelona Games ran a six-day meet and the 1988 Games in Seoul used an eight-day schedule.

USA Swimming confirmed that U.S Trials will continue to mimic the Olympic format and will use the nine-day format as well.

50’s of stroke should be included. There is nothing wrong with adding sprint events. Two distance events have been added and they bring arguably less viewership than the excitement of spring events.

If there is an additional relay, it should also be 4 x 50 free. I’m not a fan of the mixed relays either, but they seem to be fan favorites among the casual swimming viewers.

Ultimately, if the sport is to make a leap to increasing viewership and interest, we ought to be listening to the viewers.

Europe has had the most success in attracting viewers and all of their sports lend themselves to viewer immersion.

I think the only drawback seems to be… Read more »

Nah. Bad idea. Becomes too saturated, if it already isn’t.

I love to see it but there are already alot of swimming events so..

I think that for swimming fans, it would be great if they added all of the events that are swam in the World champs and add them to the Olympics.

I wonder if this could raise an opportunity for 50 strokes to be added in?

Too many events already

While that would be cool as heck, swimming already has a disproportionately high number of events compared to other Olympic sports, so it’s kinda not fair. Tbh mixed relays are pushing the event count

Drop the gimmick mixed medley and there’s even fewer conflicts.

I wouldn’t get your hopes up because the video of the MMR has the most views of any swimming event from Tokyo on YouTube and people raving about it in the comments.

Yes, swimming purists hate MMR, but it is the most popular event among general audience.

Same in other sports. Athletes love mixed events. General fans love mixed events. Media loves mixed events. The trend is only in one direction. There will be more of them, not fewer. But go to any site dedicated to the sport and it’s laughably flooded with stuffy types who are in total whining denial. Track is worse than swimming in that regard.

The US men and women won the 4×400 relays at these past Olympics by massive margins but none of those 8 athletes were on the mixed 4×400. That was in spite of only winning 3 gold medals for track events and minimal schedule conflicts for those athletes.

You can’t tell me athletes love the mixed events when 8 of them are passing up what should be an almost guaranteed gold.

I don’t care about the number of views!
It’s not my fault if too many people are stupid.
If we had to judge the quality of something through the number of views on YouTube then we would know that! 😆
Oxyswim is right.
It was criminal to add 2 mixed relays at worlds and one at olympics!
It was just another submission to woke terror made in USA.

And probably also the result of a huge US lobbying because it gives other big gold medal opportunities to US swimming. Good for the medal table.
Wokism and pragmatism. 🙂

Ya the US really loves it, so much so we put a lot of thought into the best-possible lineups at the Olympics.

Was just reading about how the moral panic over “wokisme” was becoming a thing over there.

No one’s forcing you to watch it man

Swimming purist and devoted masters swimmer and coach here, I LOVE the MMR.

From my coach’s perspective, there’s way more strategy that goes into creating a MMR lineup than in a single gender MR lineup, and while the US coaches failed miserably at that strategy last year, it *can* be done well and is a lot of fun to put together. I’ve been coaching masters for over a decade and have put together hundreds of MMRs in that timeframe; they’re by far my favorite relays to create.

From my swimmer’s perspective, I like to see the lead changes when the teams in the heat don’t all follow the same M/F pattern, it can make for genuinely exciting races, especially when… Read more »

I agree that although it does feel like a gimmicky event to swim fan purists who have been following the sport for years now, it’s undeniable that composing the relay has way more strategy and nuance than anything else in the sport from a coaching/team perspective.

We all criticized the US coaches for using Dressel on the MMR Free leg and if you think about it, it’s crazy that there is a relay in which we could argue that one of America’s biggest superstars is absolutely NOT the right choice at all. It is a lot of fun to come up with hypothetical MMR relays instead of just automatically picking the highest placing individuals of each event into the relay.

Dressel was the right choice just not in the free leg.

Smith Andrew/Fink Dressel Weitzeil is the lineup that should’ve been used.

The one double I hope they clean up is the 200 free/200 IM double for the women that forces all the best Americans to choose how to make the team.