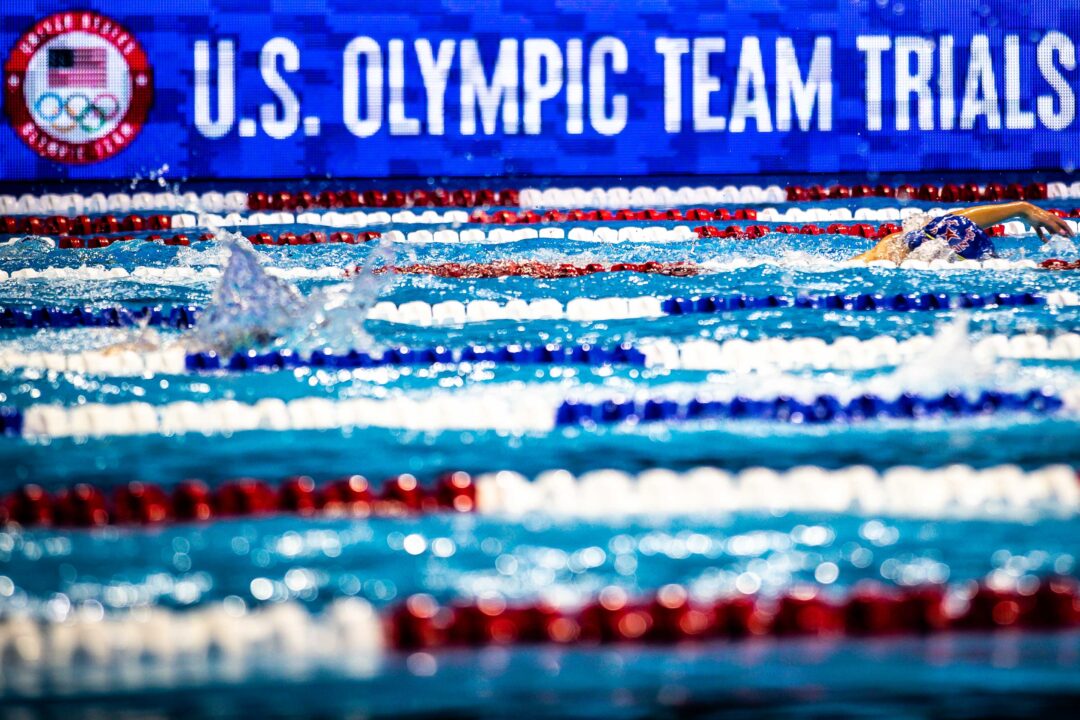 The 2024 U.S. Olympic Trials will take place in Lucas Oil Stadium, home of the NFL's Indianapolis Colts, with capacity expected to be upwards of 30,000. Stock photo via Jack Spitser/Spitser Photography

Tickets to the 2024 U.S. Olympic Swimming Trials will go on sale to the general public in one week’s time, Wednesday, Feb. 1. The Trials will run from June 15-23, 2024, at Lucas Oil Stadium in Indianapolis.

Initially, only All-Session tickets will be for sale, with details regarding group sales, along with single and multi-session tickets, to be released at a later date by USA Swimming.

A USA Swimming spokesperson said that a direct link for general ticket sales will be available early next week.

Members of the U.S. National Team, their families and coaches were given early access to all-session tickets on Nov. 28, and on Dec. 1, USA Swimming, U.S. Masters Swimming and Indiana Sports Corps members were given access.

There will be a total of 17 sessions (eight prelims, nine finals) at the 2024 Olympic Trials, an uptick compared to the usual 15 after Paris 2024 unveiled a new nine-day swimming schedule earlier this year.

USA Swimming recently confirmed the order of events for the Trials, which you can find below:

The 2024 U.S. Olympic Trials will shift to Lucas Oil Stadium in Indianapolis after four straight trips to the CHI Health Center in Omaha, with seat capacity expected to rise from 14,500 to somewhere in the vicinity of 30,000 to 35,000 spectators.

Be prepared for a jolt in cost, I’m guessing!

how much is a ticket?