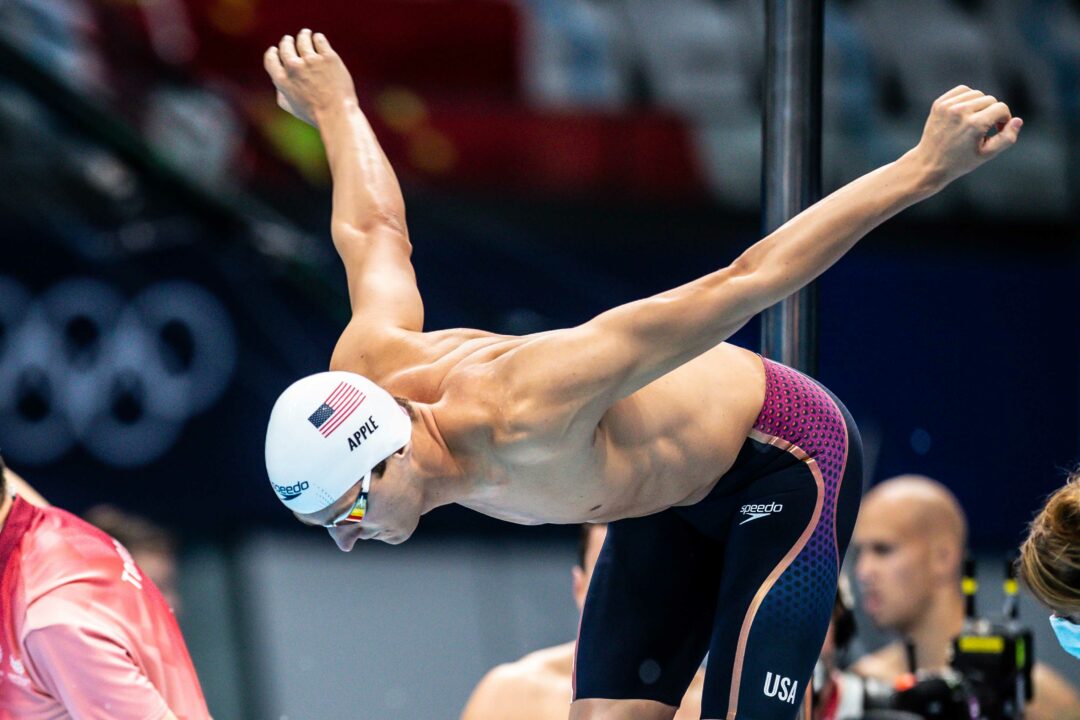 The US men became only the third group to crack 3:09 in the 4x100 free relay, and the first since 2008, en route to winning gold today. Current photo via Jack Spitser/Spitser Photography

The USA men wrapped up the second finals session on an emphatic note, throwing down a 3:08.97 in the 4×100 free relay that marks only the third time a team has ever broken 3:09. The other two instances occurred in the same race 13 years ago — the epic battle between the USA and France at the 2008 Olympics, where Jason Lezak delivered a memorable anchor leg to touch out the French 3:08.24 to 3:08.32. Thus, the USA’s time tonight stands as the unofficial “textile world record,” in reference to how the full body “super-suits” of 2008 and 2008 were eventually banned.

The previous “textile world record” came from the USA team at the 2019 Worlds Championships. Here’s a quick look at how those splits compare:

Dressel’s leadoff time today was almost four-tenths faster than it was in 2019, when he’d eventually win individual 100 free gold in 46.96. Pieroni was just a bit slower today than in 2019, while Apple was a little faster, and Becker put up a solid time in his first senior international team debut.

One of the things that stands out, though, is how the USA depth really came through here, given who all didn’t make the team. Veteran Nathan Adrian, who’s split sub-47 several times, Dean Farris, who split 47.08 at the 2019 World University Games, and 2016 Olympian and former 100 free U.S. Open Record holder Ryan Held, among other favorites to be on this relay, all missed the team at last month’s Olympic Trials.

However, the US didn’t miss a beat here, and while the legendary 2008 world record remains elusive, the US men who produced at Trials backed it up with what was needed to win gold tonight, topping Italy by over a second for the US’s 2nd-straight Olympic title in this event.

Zach Apple should anchor the medley relay(s). I don’t think putting Dressel on the anchor will make them any faster.

No doubt. Dressel will be doing Fly.

If you think Dressel tied up at end of his leg, go rewatch the race. Very controlled and did exactly what he had to for the team to win.

I was soooo worried about Pieroni/Apple transition (.05). Next to Smith’s 15m escape… one less dolphin kick tonight please.

If you told someone 10 years ago that the third fastest time in history was Florida-Indiana-Minnesota-Indiana, I think they’d look at you funny