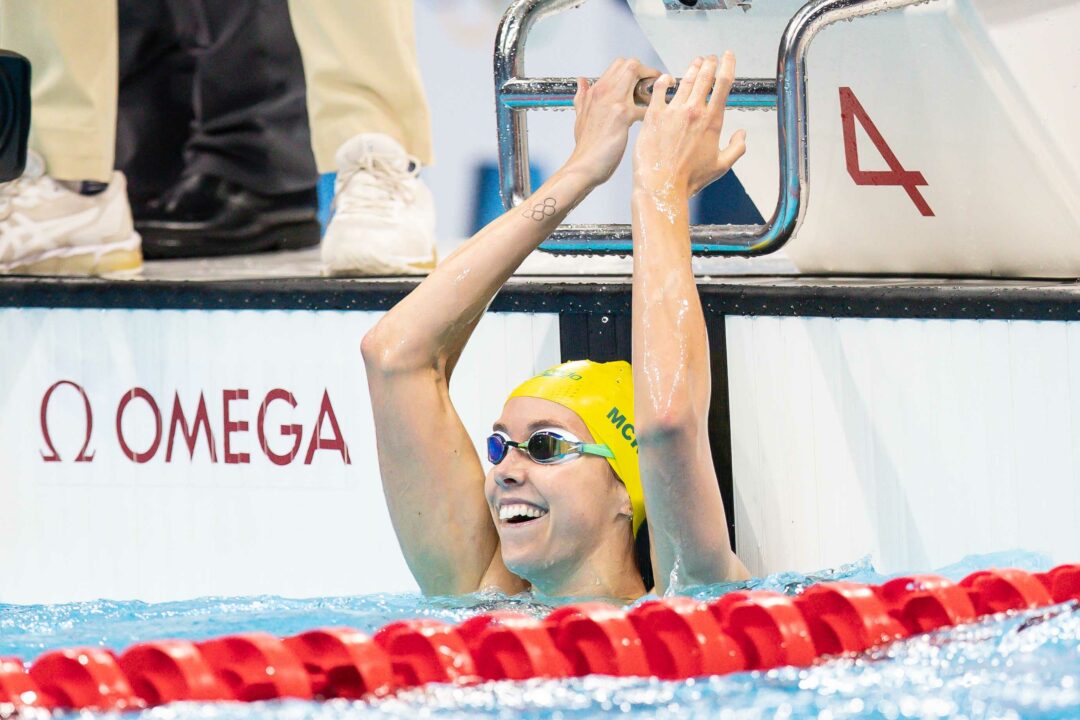 Two Olympic records and one World record went down on day six of the Tokyo 2020 Olympics. Read on for more of the day's biggest swimming headlines. Current photo via Jack Spitser/Spitser Photography

Last night, Caeleb Dressel and Emma McKeon set Olympic records while Tatjana Schoenmaker set the first individual world record of these Games. Read on for more of the biggest day 6 swimming headlines from the Tokyo 2020 Olympics.

In the first semi-final, newly-minted Olympic champion Kristof Milak of Hungary broke his second Olympic record, this time in the 100 fly at 50.31. Touching out ROC’s Andrei Minakov for second in the heat by 0.05s was Bulgaria’s Josif Miladinov, 51.06 to 51.11.

In the second semi-final, another newly-crowned Olympic champ, Caeleb Dressel of the USA, swam the first-ever sub-50 Olympic record time of 49.71. A reminder that Dressel’s World record sits at 49.50 from the 2019 World Championships. Swiss Noe Ponti broke 51 seconds for the first time at 50.67 for a national record.

USA’s Lilly King broke 2:20 for the first time to add Olympic silver to her collection while teammate Annie Lazor joined for a US 2-3 finish.

ROC’s Evgeny Rylov toppled USA’s Ryan Murphy, the defending Olympic champion, yet again in a backstroke event, this time the 200 back. Murphy settled for the silver while Great Britain’s Luke Greenbank took the nation’s first-ever medal, a bronze, in this event.

Emma McKeon upgraded her Olympic bronze from the 100 fly to gold in the 100 free, breaking 52 seconds with an Olympic record of 51.96. Her Aussie teammate, Cate Campbell, would take the bronze for an Aussie 1-3 finish.

USA’s Michael Andrew missed the podium at fifth place after leading at the 50- and 150-marks.

It took sub-2:10 to qualify for the Tokyo 2020 women’s 200 back final, with both representatives from Australia, the USA, Canada, and China slated to compete for Olympic medals. Leading the way are top semifinals swimmer Emily Seebohm and 100 back Olympic champion Kaylee McKeown, both of Australia. Both U.S. swimmers, Rhyan White and Phoebe Bacon, have also qualified into the 200 back final.

Also making it in are Canadian Olympic medalists Kylie Masse and Taylor Ruck as well as both Chinese swimmers, Liu Yaxin and Peng Xuwei.