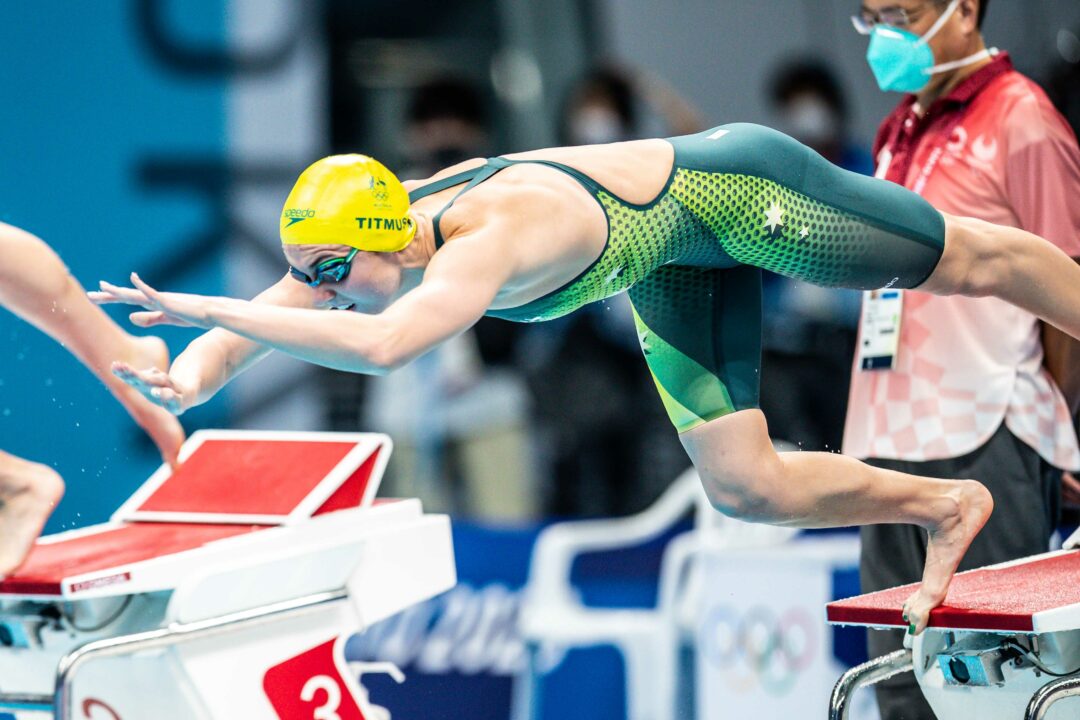 It was another big day for the Australians as Ariarne Titmus did what many have deemed impossible by defeating Katie Ledecky in an individual Olympic final. Current photo via Jack Spitser/Spitser Photography

Ariarne Titmus was the star of the show during day 3 prelims at the Tokyo 2020 Games and did something that few others can say they have done: she beat Katie Ledecky in an Olympic final. In fact, the only other women who have done so are Australia’s Emma McKeon, Brittany Elmslie, Bronte Campbell, and Cate Campbell who won gold in Rio in 2016 while Ledecky contributed to the USA’s silver medal swim.

Titmus’ 400 freestyle victory marks the first time anyone has defeated distance legend Ledecky individually at the Olympics given her perfect record including 2012 gold in the 800 free and her 200, 400, 800 freestyle golds at Rio 2016. Titmus stormed to victory with a 3:56.69, marking a new Commonwealth, Oceanian and Australian record.

Fellow Oceanian Erika Fairweather of New Zealand was also present in the 400 freestyle final but was a bit off her best, notching a 4:08.01 for 8th place overall. That was significantly slower than the 4:02.28 she produced in prelims to set a new national record.

Australia got another woman onto the podium during day 2 finals in Emma McKeon. In the women’s 100 butterfly, McKeon managed to get her hands on the wall in a 55.72 for bronze behind Canada’s Maggie MacNeil who was a 55.59 for gold, and China’s Zhang Yufei who hit 55.64 for silver.

The final medal of the session for Australia came in the men’s 4×100 freestyle where a contingent of Matthew Temple, Zac Incerti, Alexander Graham, and Kyle Chalmers took bronze to the US and Italy in a 3:10.22. Temple started things off with a solid 48.07 for his country, followed by a competitive 47.55 from Incerti. Alexander Graham notched a 48.16 on the third leg and 2016 100 free champ Kyle Chalmers brought things home with a 46.44 to allow Australia to out-touch the Canadian men by just 0.60 seconds.

Medals Table for Asia Through Day 2

Who writes these headlines
My brains playing tricks on me