Tokyo 2020, Africa Day 2: No Cap, No Problem For Tatjana Schoenmaker 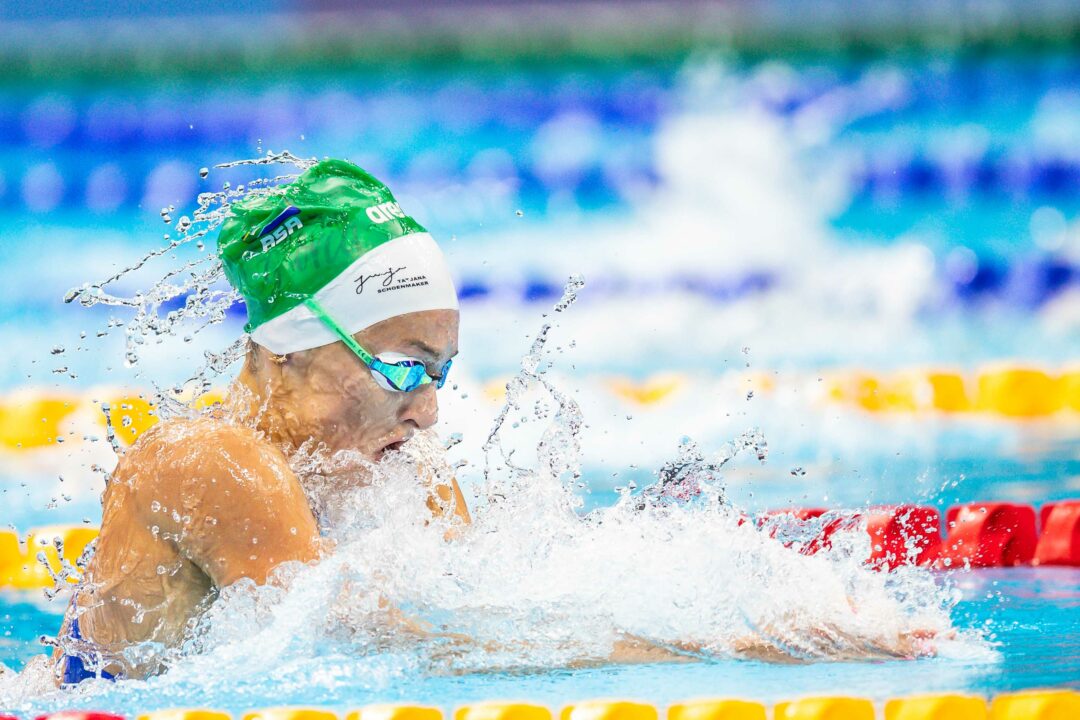 Tatjana Schoenmaker has excelled through the first two rounds of the women's 100 breaststroke despite her cap coming almost entirely off both times. Current photo via Jack Spitser/Spitser Photography

South Africa’s Tatjana Schoenmaker made headlines during the second preliminary session in Tokyo, and not solely because her cap almost came off during her heats swim in the women’s 100 breaststroke.

Schoenmaker dropped almost a second from her African Record of 1:05.74 in a scorching 1:04.82, making her the fifth-fastest performer of all-time while also breaking Lilly King‘s Olympic Record of 1:04.93 from 2016.

Schoenmaker managed to deliver this swim despite one of her caps nearly coming completely off over the course of the race. (Like many swimmers, Schoenmaker ‘double caps,’ meaning she puts one cap over her head, then puts on her goggles, then adds the second cap over the goggles.)

Tatjana Schoenmaker sets an Olympic Record in the 100m Breaststroke despite her cap almost falling off for most of the second lap.

Moving into the semis, Schoenmaker and King were set for a head-to-head showdown after King qualified third out of the heats in 1:05.55.

The 24-year-old Schoenmaker didn’t flinch while facing King, out-splitting her on both 50s to claim the top seed for Tuesday morning’s final in 1:05.07.

And again, the cap came off.

Already a force in the water with some extra drag, Schoenmaker has positioned herself to take a serious run at the gold medal, and if her cap manages to stay on, she may be unbeatable.

Furthermore, Schoenmaker’s 100 breast performance is a relatively big surprise, not because she’s not a household name, but because her specialty comes in the 200-meter event. Given what we’ve seen thus far, the 200 gold is well within her grasp, and maybe even the world record, which has stood since 2013.

And the last woman to complete the breaststroke double at the Olympics? None other than fellow South African Penny Heyns, who won both events back in Atlanta in 1996. Coincidentally, Heyns’ 1996 wins also mark the last time a South African woman won an Olympic gold medal, something Schoenmaker will vie for in the final.

well done Tatjana. rooting for you!

South Africa’s only chance for a medal

yes, unless Le Clos swims much quicker than he did at trials