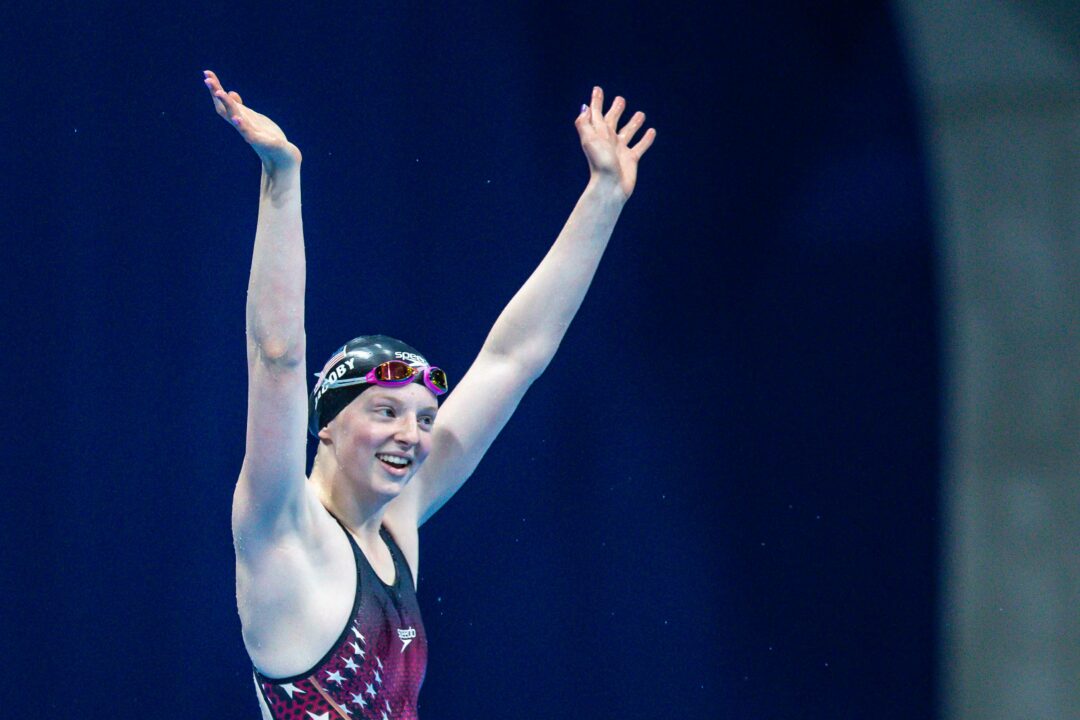 United States 17-year-old Lydia Jacoby pulled off a come-from-behind win for the ages in the women's 100 breast, touching first in 1:04.95.  Current photo via Jack Spitser/Spitser Photography

The 3rd finals session of the Tokyo 2020 Olympic Games gave us our first women’s 18 & under swimming medalist. United States 17-year-old Lydia Jacoby pulled off a come-from-behind win for the ages in the women’s 100 breast, touching first in 1:04.95.

Jacoby was considered a strong medal contender heading into these Games, although her prospects at Gold looked slim in the face of Lilly King. Nonetheless, the youngster showed no fear in swimming her own race, settling for 3rd at the 50m mark, then unleashing a truly incredible final 25m to get her hands on the wall first.

Jacoby became our first 18 & under medalist, and suddenly she looks like a candidate for up to 3 medals at these Olympics. With Jacoby besting World Record holder Lilly King head-to-head, the United States coaching staff may opt to put her on one or both of the upcoming medley relay (women’s 4×100 and mixed 4×100). The USA are Gold medal contenders in both, so Jacoby may be adding to her hardware haul in the coming days.

Tunisia’s Ahmed Hafnaoui was the first men’s 18 & under medalist of the Games, taking the men’s 400 free in a huge upset during the first finals session of the meet. Hafnaoui swam in lane 8, pushing the pace throughout the race, and roaring to a 3:43.36 for Gold.

Although Jacoby and Hafnaoui are the only 18 & under swimmer to win a medal in Tokyo so far, there have been some other extremely close calls. Also in the 3rd finals session, Romanian 16-year-old David Popovici finished 4th in the men’s 200 free final, touching in 1:44.68. He was just 0.02 seconds from Bronze. Popovici did break the European Junior Record with his swim, however.