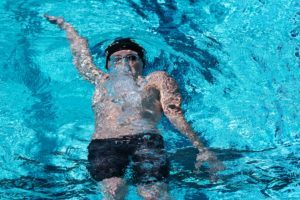 Hiroko Makino produced the #6 200m fly time in the world to add her name to Japan’s roster for this summer’s World Championships.

Kaitlyn Dobler, a 16 year old from The Dolphins Portland Swimming, was a double event winner on day 1, taking the women’s 100 free and 200 breast, which were also back-to-back events.

Kelsi Dahlia headlines the women’s 200 fly on the final day in Columbus.

Hellen Moffitt won the 100 fly on the final night of the Fran Crippen Memorial Swim Meet of Champions.

2018 Japan Open: Ikee Continues Siege, While Hagino Gets On Board

Teen Rikako Ikee continues to show her Tokyo 2020 promise, while Kosuke Hagino gets his first win of the meet at the 2018 Japan Open.

Junior World Records toppled on day 3 of the Japan Swim 2017, as the marks were taken down in the men’s and women’s 200 fly.

Cameron McEvoy and James Magnussen will both compete in the 50 freestyle on the final day of the Japan Open.

Andrea Berrino took down her Argentine national record by nearly a second in the 50 back at this weekend’s South American Championships.