2018 Japan Open: Ikee Continues Siege, While Hagino Gets On Board 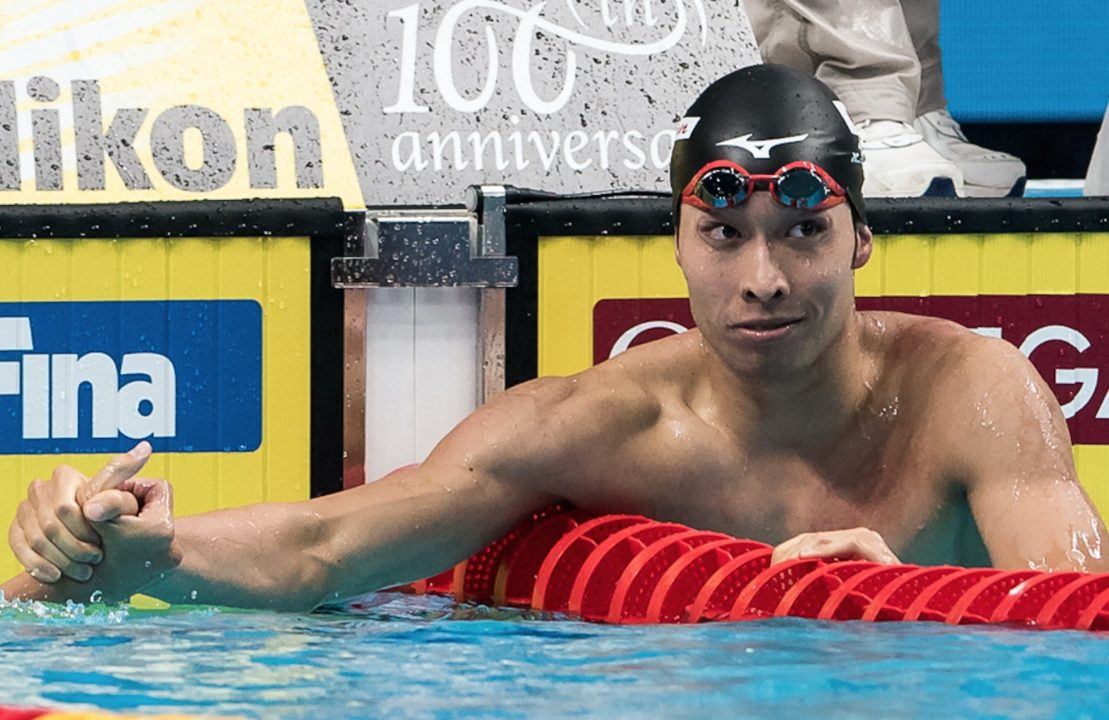 Teen Rikako Ikee continues to show her Tokyo 2020 promise, while Kosuke Hagino gets his first win of the meet at the 2018 Japan Open.

Japan’s arsenal of power was on full display on day 3 of the Japan Open, with Yui Ohashi, Rikako Ikee, Daiya Seto and Kosuke Hagino, among others, all in the Tatsumi International pool.

For Ohashi and Ikee, both women racked up another win to add to titles earned already this meet. Ohashi nailed the 400m IM win yesterday in dominating fashion, while tonight the 22-year-old 200m IM silver medalist at the 2017 World Championships doubled up with the gold in the 200IM sprint.

Ohashi already holds the world’s 2nd fastest time with the 2:08.92 produced at last months Japan Swim and she was within striking distance of that mark this evening with a swift 2:09.17. That solid effort was enough to further solidify herself as a gold medal contender for the 2018 Pan Pacific Championships against the likes of potential competitors Melanie Margalis and Madisyn Cox of the United States, among other potential medalists.

Runner up tonight was Korea’s Kim Seoyoung, who registered a nice 2:10.74 for silver. Seoyoung wowed the world at the Korean Nationals in April, clocking a new national record of 2:08.61 to sit atop the rankings throne currently.

The men’s version of the 200m IM saw Hagino get the job done in a swift 1:57.31, while Hiromasa Fujimori was right behind in 1:57.91. For Fujimori, tonight marks his fastest time of the season, while Hagino went sub-1:57 last month at the Japan Swim in 1:56.37. Both men, along with Daiya Seto, who was not in today’s field, will represent Japan in the event at the 2018 Pan Pacific Championships.

Hagino was quiet thus far in this meet, finishing 2nd in the men’s 200 freestyle last night.

Tight battles ensued in both the men’s and women’s 200m fly races tonight, with Sachi Mochida and Yuya Yajima coming away with the wins. For Mochida, her mark of 2:08.33 dips just under her 2:08.61 from last month, while Yajima’s checks-in as a new personal best by at least a second.

With Yajima’s effort this evening, the 22-year-old claims the 3rd spot, along with Seto and Sakai, on the Pan Pacific roster in the event. As a side note, check out more on Yajima’s unique 200 fly style here.

In addition to already claiming wins in the women’s 50m fly in a new national record time, as well as the 200m freestyle, 17-year-old Rikako Ikee came up with the big win in the 100m free tonight. Opening in a mighty 25.95 and closing in 27.31, Ikee’s time tonight of 53.26 came within .23 of her own national record of 53.03 set last month. That time remains as the 5th fastest mark in the world.