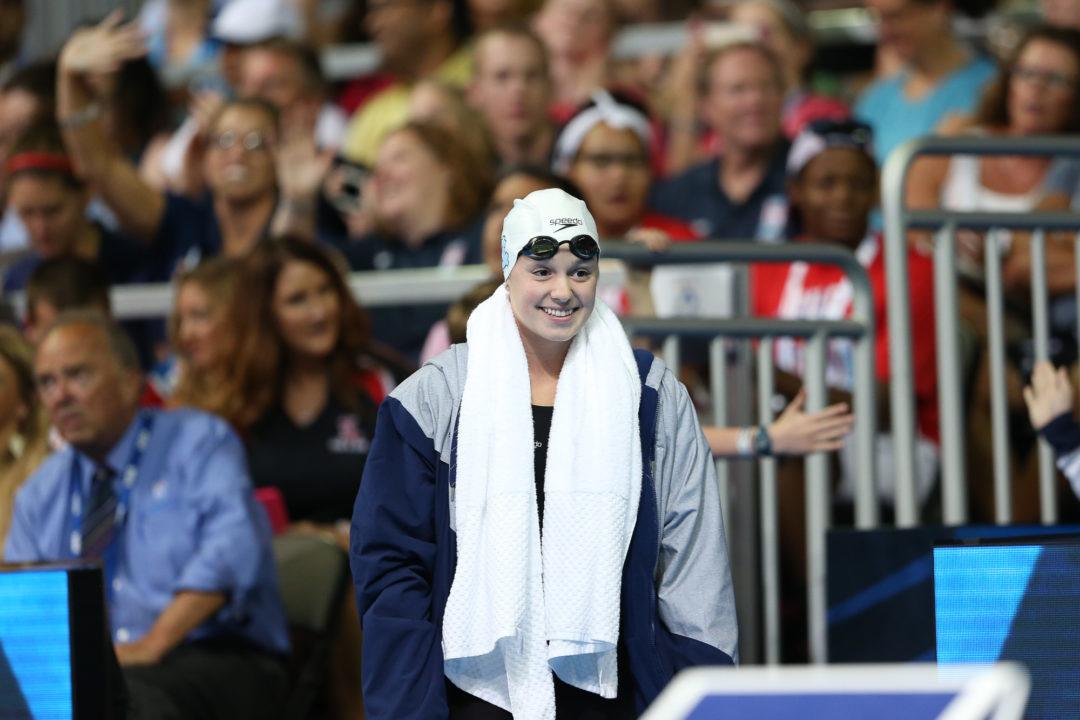 Hellen Moffitt won the 100 fly on the final night of the Fran Crippen Memorial Swim Meet of Champions. Archive photo via Tim Binning/TheSwimPictures.com

The 2018 Fran Crippen Memorial Swim Meet of Champions wrapped up tonight from Mission Viejo, with many close, exciting races taking place. Team Elite’s Hellen Moffitt in particular had a great night, winning the 100 fly and finishing 2nd in the 50.

Moffitt started her night off swimming in the women’s 50 fly semi-final, leading the field in 26.50, just off her season best of 26.39. Her teammate Kendyl Stewart was just .01 back as they easily qualified for the final.

In the men’s 50 fly, Chatham Dobbs of Tucson Ford cracked 24 seconds for the first time in his career in the semi-finals (23.73), but it was Meiron Cheruti (23.57) who won the final, with Dobbs back in 24.01. Cheruti’s time was a new Israeli record, breaking his previous mark of 23.70 set at the 2016 European Championships in London.

Very nice drop of time for the young Justina Kozan in the 100 fly. Almost the minute barrier broken. I also see that she had the fastest last 50 of all 200 IM finalists. She can make the US team for junior pan pacs this summer in fly events and why not in the 4X200 free relay and the 400 IM too.

Strange. Results initially had Moffitt winning. Post has been updated, thanks!