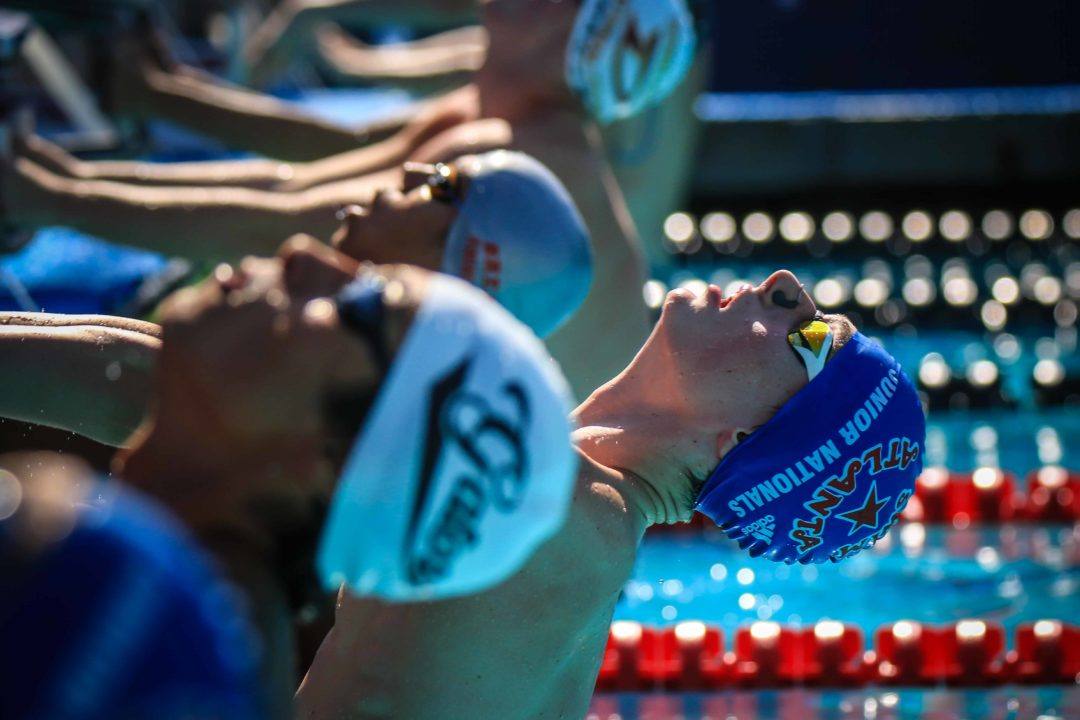 After dropping a massive best time in the 200 fly on Friday, vaulting himself into 10th place all-time in the boys’ 15-16 age group, SwimAtlanta swimmer Sebastien Sergile continued his momentum with a standout performance on Saturday.

Not including any of this weekend’s meets, Sergile’s time would rank sixth in USA Swimming’s Winter 18 & Under Championships.

At the end of the session, Sergile faced off with teammate Jack Aikins in the 200 freestyle.

Following an impressive double on Friday, winning the girls’ 200 IM and 100 breaststroke, Gigi Johnson did it again tonight, claiming the 200 breast and 200 free.

Also doubling up was 15-year-old Gaby Van Brunt, who was coming off of winning the 100 free on Friday.

The Georgia Coastal Aquatic Team swimmer dominated the girls’ 100 back field in a time of 53.91, taking over a second off her personal best time of 55.00. Stingrays swimmer Hampton Gucky, 17, took second in 56.73, four-tenths off her PB.

Surprised SwimSwam hasn’t reviewed the DYNA 18 and under meet currently going on! Lot of fast swims and club/pool records going down!