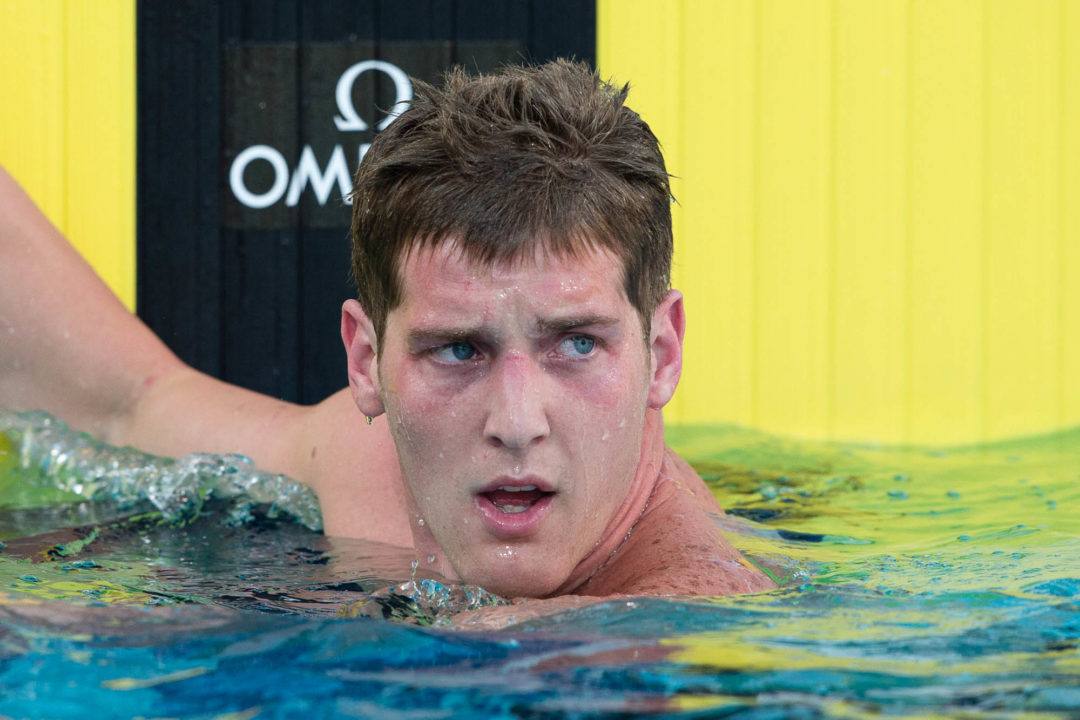 The Rio Public Ministry believes that the $10,800 charitable donation made by American swimmer Jimmy Feigen to escape prosecution for allegedly... Archive photo via Tim Binning/TheSwimPictures.com

The Rio Public Ministry believes that the $10,800 charitable donation made by American swimmer Jimmy Feigen to escape prosecution for allegedly falsifying a police report is insufficient “given the gravity and negative repercussion of the fact.”

According to the USA Today, the Public Ministry, which is a prosecutorial body, originally asked Feigen to pay 150,000 Brazilian Reais, which comes out to just under $46,800 USD. A judge later set the amount at 35,000 Reais, or about $10,900 at current exchange rates, which allowed Feigen to leave the country.

The donation is earmarked for the Instituto Reação (Reaction Institute), which is a judo academy founded by former Olympic medalist Flavio Canton. Among previous voluntary benefactors to the academy is American mixed martial arts superstar Rhonda Rousey, who made a $30,000 donation to the organization.

Feigen was one of two swimmers, along with Ryan Lochte, who were indicted this week in Brazil on charges of falsifying a police report with relation to an incident that happened at a Rio gas station early on Sunday morning. There has been no word yet on whether Lochte will be offered a similar arrangement for his side of the indictment, as he returned to the United States before Brazilian authorities could prevent him from leaving the country. The other two swimmers, Gunnar Bentz and Jack Conger, returned to the United States on Friday morning and were held as witnesses to the event and not indicted.

Lochte, who has hired crisis manager Matthew Hiltzik who has previously worked as a crisis manager for the likes of Justin Bieber, is expected to give an exclusive interview to NBC on Saturday evening.

Lochte, Bentz, and Conger so far have made public statements on the matter, though none has come from Feigen.

You’ve got to be kidding me. 11k is a lot of money. Drop it already

Well tough luck Rio. If I sold something for too cheap do I ask for more money? No because the onus was on me not to screw up. If Feigen pays 40 grand for peeing on a wall does that improve the public opinion of Brazil? No. Go ahead and try to stuff your pockets but if I was SMJ I wouldn’t pay a dime more, even if it means not going to Rio anymore.