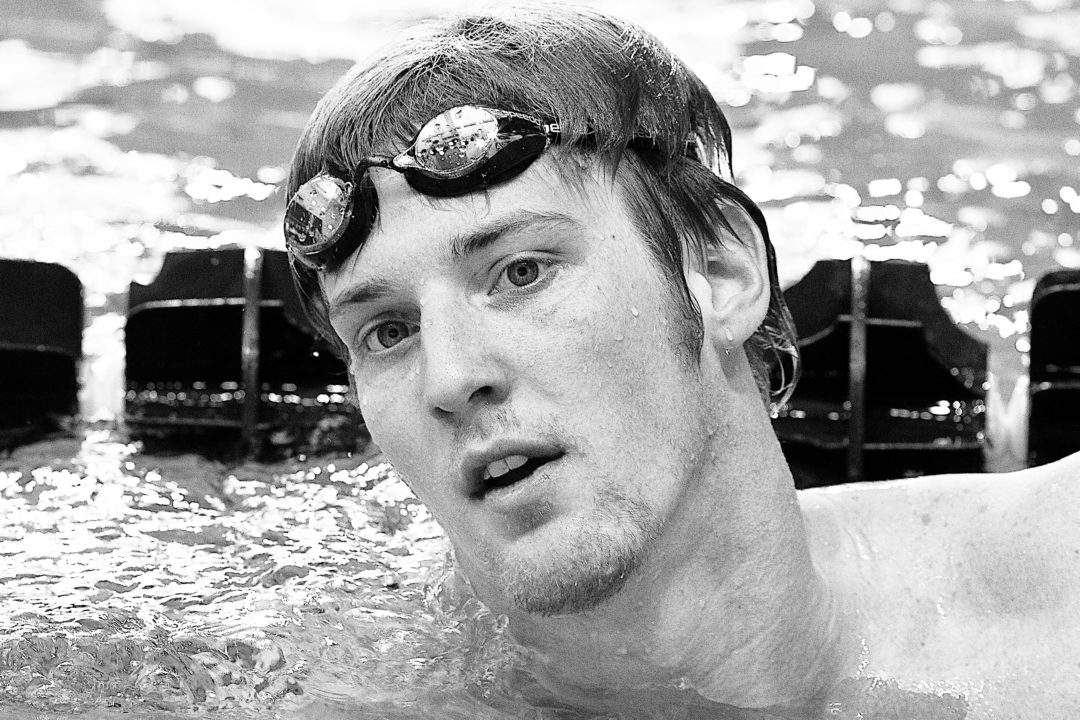 Under Brazilian law, charitable donations can be used to escape charges for minor crimes. Gunnar Bentz and Jack Conger arrived home in the United States on Friday morning. Archive photo via Tim Binning/TheSwimPictures.com

Jimmy Feigen, Gunnar Bentz, and Jack Conger are all on their way home after a week in Brazil that they will not soon forget.

The group made up three-fourths of an American contingent of swimmers accused of vandalizing a gas station in Rio de Janeiro, Brazil early on Sunday morning, after the conclusion of the swimming events at the 2016 Olympic Games, and then filing a false report to police that they were robbed at gun point. Brazilian authorities say that the swimmers paid 100 Brazilian reals (about $33 USD) and $20 in U.S. currency and left before police could arrive at the gas station. The gas station owners had not pressed charges over the vandalism as of Thursday.

Bentz and Conger, who were not indicted by Brazilian police, but were pulled from their initial flight home on Wednesday to be questioned as witnesses,  touched down in their initial American destination in Miami on Friday morning at 6:30AM. Their attorney, Sergio Riera, insisted to The Associated Press that they had nothing to do with Lochte’s story and were “heard only as witnesses.”

Meanwhile, Feigen’s attorney said this morning that he had reached an agreement with a Brazilian judge where he would donate 35,000 Brazilian reals ($10,800 USD) to an “institution” and be allowed to leave the country later in the day on Friday. Earlier this week, Feigen’s passport was ordered to be revoked to force him to remain in the country while more clarity on the matter was sought.

While no specific “institution” was named as the benefactor of the money, it’s presumed to mean charity. It is allowed under Brazilian law to avoid charges for minor offenses by making charitable donations.

The United States Olympic Committee issued a statement on the matter on Thursday in which they said they did not condone the swimmers’ actions, and where they apologized to “the people of Brazil” for the incident.

Lochte, who has been the lightning-rod for the whole event after being the unofficial spokesperson for the group who made public statements that they were robbed, returned to the United States earlier in the week before Brazilian authorities could force him to stay.

Pretty sure that photo captures exactly how Jimmy is feeling.

Wow, so the shake down continues. Whatever it to make it all go away I guess. America forgets all of this in 2 – 4 weeks tops anyway.

I’d go with the shorter end of that. It’ll be over by the closing ceremonies or the first time Trump says something provocative. Which could be today.

Hero worship blinds people from the reality of the hero’s actions.

They wouldn’t have paid anything more and kept their reputation intact had Lochte not lied, kept his mouth shut, and used his brain cells for once.

they pay nothing, take a slap on the wrist from the US National Team and get sent home early if they don’t lie and evade this from the outset.

USOC and USA swimming are going to come down hard on at least Lochte and Feigen. Minimum year long suspension; maybe lifetime ban for lochte.

I doubt USA swimming will give him a lifetime ban. They only gave phelps a 1 year for his second dui. And this was a minor crime that just got international attention

They pissed in the punch bowl at USA Swimming’s biggest and best party. Lochte took a dump on the whole team.

So you’re saying Brazilian authorities deliberately set up this whole elaborate scenario to ensnare these gringos to pay up? Wow, so devious and clever of these Brazilians to trap these innocent gringos into behaving so obnoxiously and irresponsibly!!

Does Lochte pony up a portion of the 10.8K or does he let Feigen flap in the wind to pay the fine, er extortion by himself?

I honestly think they determined that Feigen was the one who broke the paper towel dispenser and the door, so in essence, it should be just Feigen to pay the fine.

The is not restitution for breaking things at the gas station. They already paid for those.
It’s for giving false testimony to the police.
Feigen wouldn’t have lied to the cops had Lochte kept his mouth shut.

Lochte should pony up the cash and give it to feigen Pronto.

He was being funny dude

2
-6
Reply
Peter B
Reply to  Attila the Hunt

Attila is right. The gas station owner never filed charges. So the vandalism part was put to bed.
The issue was reporting a false crime.

I disagree that Lochte has any obligation to pay Feigen’s fine. Feigen – and Feigen alone – is responsible, as an adult, for his own actions. Like Lochte, Feigen broke the law by filing a false report. Furthermore, Feigen is the one who has now agreed to pay the fine, so it is his obligation. For Lochte to pay Feigen’s settlement makes no sense and only serves to perpetuate the mindset that the individual who engages in the prohibited conduct should not be held accountable for his actions. In the words of the theme song from Baretta (an old T.V. show – look it up if you don’t know): Don’t do the crime if you can’t do the time!

Lochte will pay his own fine.

Get caught lying to the cops stateside and see where that lands you. I’m sure Feigen was relieved to pay his way out of trouble. But, yeah, extortion makes him so sort of victim/hero, so long live American jingoism!

I sure hope Ryan helps Jimmy pay for that!

Institution name: Instituto Reação
It’s an institution to develop athletes in judo. This program helps children from the “favelas” (poor communities) of Rio.
Excuse me for the treatment that swimmers have been receiving . But they could not come here, do what they wanted, lie about it … and find that everything was fine. Brazil is not a country without law.

Pretty good summary of how I feel about this whole thing:

Perfect was to sum it up. Note to self: if I’m ever in Rio and find myself in a street hustle for my cash in-hand, do as the college kids in Tijuana do…hand over your cash, go home.

Dad: Time of your life, eh kid?
Son: Did you tell mom?
Dad: Son, let’s stop by the food truck and get a taco. Dodgers lost last night, but they’ve got Ryu going Sunday.
Son: I’ll never go back to Tijuana again Dad.
Dad: Looks like we need to pick up some new shoes for you on the way home. I have to see the pharmacist for more gout meds sometime this weekend.

I mean, this whole thing could have been resolved with a specifically pointed question during Lochte’s interview with Billy Bush.

Lochte: “…He took our money, he took my wallet…”

Bush: “Can I see your wallet?”

Lochte: “Sure” *pulls out wallet, hands to Bush*

Lochtes reputation will forever be tarnished. He literally lied to the world in that interview.