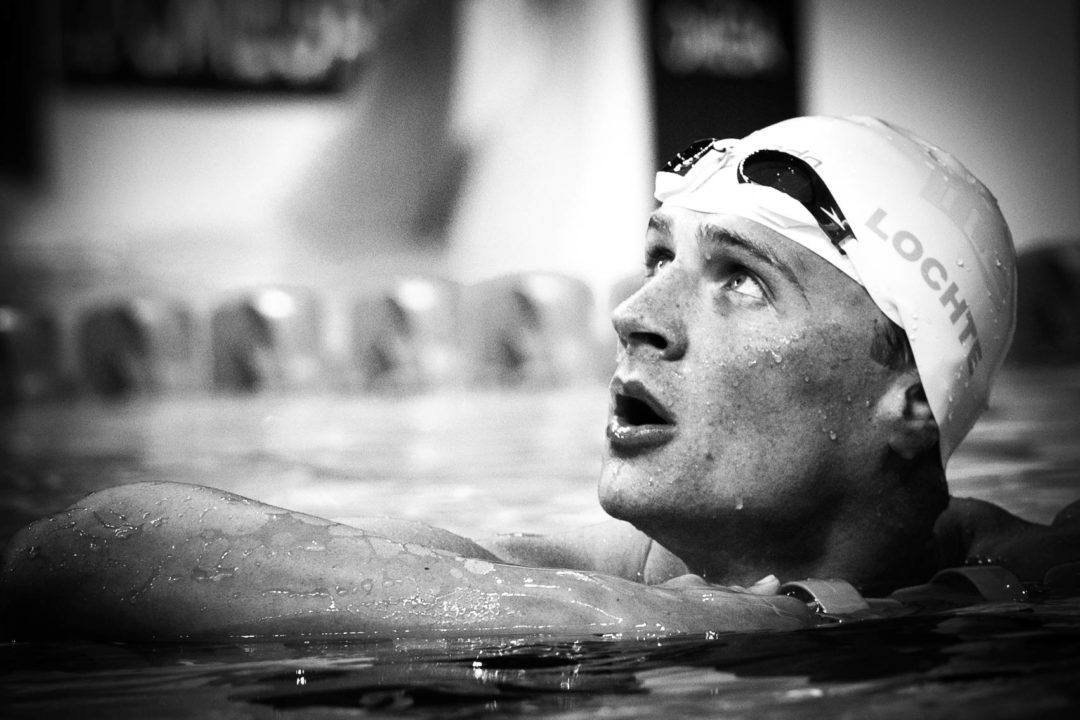 Posting to his Instagram page, Lochte wrote the following:

“I want to apologize for my behavior last weekend — for not being more careful and candid in how I described the events of that early morning and for my role in taking the focus away from the many athletes fulfilling their dreams of participating in the Olympics. I waited to share these thoughts until it was confirmed that the legal situation was addressed and it was clear that my teammates would be arriving home safely.

It’s traumatic to be out late with your friends in a foreign country – with a language barrier – and have a stranger point a gun at you and demand money to let you leave, but regardless of the behavior of anyone else that night, I should be have been much more responsible in how I handled myself and for that I am sorry to my teammates, my fans, my fellow competitors, my sponsors, and the hosts of this great event. I am very proud to represent my country in Olympic competition and this was a situation that could and should have been avoided. I accept responsibility for my role in this happening and have learned some valuable lessons.

I am grateful for my USA Swimming teammates and the USOC, and appreciate all of the efforts of the IOC, the RIO ’16 Host Committee, and the people of Brazil who welcomed us to Rio and worked so hard to make sure that these Olympic Games provided a lifetime of great new memories. There has already been too much said and too many valuable resources dedicated to what happened last weekend, so I hope we spend our time celebrating the great stories and performances of these Games and look ahead to celebrating future successes.”

Lochte’s apology comes after both he and teammate Jimmy Feigen were indicted in Brazil for “false reporting of a crime.” Teammates Gunnar Bentz and Jack Conger were also involved, although named as witnesses with no legal action taken against them.

While both Lochte and Feigen claimed that they were robbed at gunpoint, the Rio police confirmed this was untrue and that the swimmers were instead involved in vandalizing a gas station and paying off the security guards.

While Lochte had already returned home to the United States, Feigen was not allowed to return until the issue was resolved. Feigen’s attorney stated this morning that he had reached an agreement with a Brazilian judge and would donate the equivalent of $10,800 USD to an “institution” in Brazil.

Hopefully this is all over now.

Typical SwimMAC approach. “The rules don’t really apply to me”. “I’m not sorry for what I did, I’m sorry I got caught.”

Think of the Schneider at Nationals no show where the team got a lawyer to challenge the rules, or the Adams DQ at trials…

You would think that with 1/3rd of his swimmers at the Olympics being involved in this, Coach Marsh would take a stance. Instead he is waiting till all the smoke clears then will come out and say they left the team before all this happened so it’s not my problem.

NY Times photos of the bathroom: restroom in the controversy has no door, no fresh caulk marks or hinge marks in the doorway and no fresh paint chips around the door frame.

So why is Lochte is apologizing for? If he got robbed, then why is he apologizing? I didn’t know a victim of a crime should apologize for being robbed? LOL. YOu guys make me laugh with your twisted logic. Let it go! How old are you?

Didnt think for a minute it’d be 100% donezo. Compared to being detained indefinitely in a foreign country a suspension is what I would call an upgrade.

Allow these guys (looking more at Conger and Bentz, as Jimmy is retiring and Lochte is….who knows with that dude.) to have their suspensions handed to them and have them do it with minimal “noise”. The road to redemption can start for Conger and Bentz. Sometimes people make mistakes, and its far better to own it, take the punishment, and just move on.

What I’m talking about for being over and done with is being on Sportscenter every evening.

Its about time this ” off Olympic event ” gets over . This ain’t swimming , just about 4 guys willing to tempt the devil outside of their home country . Experience always provides learning about life . I hope for them they learned alcohol is not your best friend when it handles your awareness .

We should recognize that the comments section is filled with the word “liar” and the poop emoji, mostly from Brazilians…

can you prove that? here in Switzerland, we don’t like to blame nationalities as a whole for offering legitimate criticisms. typical American.

do you have they’re IP address or something? otherwise, how do you know they are all Brazilian?

There’s some irony to ending your statement with “typical American”

explain how it isn’t typical.

here in Switzerland, we don’t like to blame nationalities as a whole for offering legitimate criticisms…

it’d be ironic if you had evidence of people from Switzerland making blanket statements about Brazilians.

He’s not stating that it isn’t typical, just that it is ironic. You wrote that “here in Switzerland, we don’t like to blame nationalities as a whole ” but yet you are doing the same thing.

There were legitimate criticisms brought up about the Russians, and they are still playing the blame game so I guess it isn’t a “typical American” thing 😉

Hey dude , u are new here , so show respect . U just appear for this and not during the Swimming program !!! How typically swiss is that ?

Can you prove that he’s American? Can you prove that the “typical American” likes to “blame nationalities as a whole?” There are a lot of people either commenting in Portuguese or saying they are from Brazil who are mad at Lochte. SwimNerd’s statement may have generalized a bit, but I think it is also an assumption on your end that he is blaming an entire nationality. It is also an interesting decision on your end to put down someone else over saying those comments were “mostly from Brazilians” and then turn around and say “typical American”. He looked to the right of the photo, saw a bunch of Portuguese and poo emojis, and wrote a comment on SwimSwam about it.… Read more »

I just want to stick up for my Brasilian friends. I know one, and she would never use a poop emoji.

I upvoted because this statement made me LOL

Lol. No real harm done, just the same courtesy you demand be given to brazilians should be given to americans as well

But what’s wrong with the poop emoji hmm….

“we don’t like to blame nationalities as a whole”….”typical American”

….”we don’t like to blame nationalities as a whole….”, then you say “typical American”? Duh.

Ironic how you’re assuming I’m American. You’re right, though, I did jump to conclusions based off the fact that probably about 40% of the usernames included traditional Portuguese names.

Hm, no offense. I just scrolled through the entire comment section on this site and I honestly didn’t find ONE traditional Portuguese name. Help me out.

Or didn’t you refer to swimswam?

“If there are two things I can’t stand it’s people who are intolerable to other people’s cultures. And the Dutch”