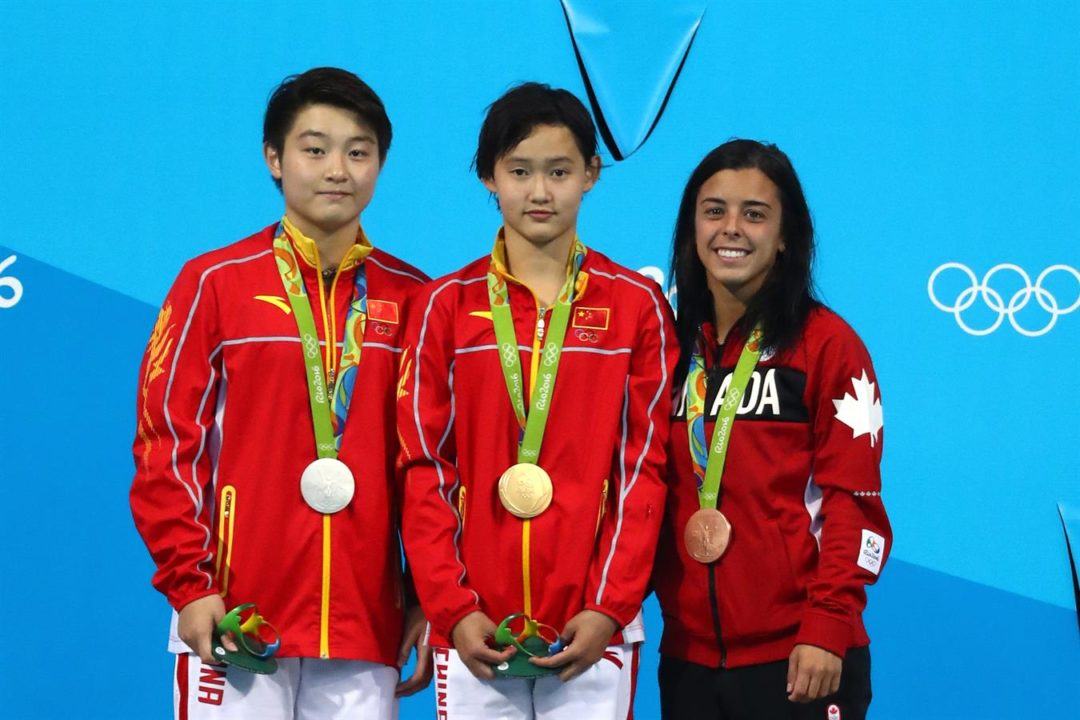 China continues to dominate the diving events in Rio, with Ren Qian leading a 1-2 finish in the women's 10-meter platform event for China's 6th diving gold of Rio. Current photo via rio2016.com

China continues to dominate the diving events in Rio, with Ren Qian leading a 1-2 finish in the women’s 10-meter platform event for China’s 6th diving gold of Rio.

That comes in just 7 events so far. China leads the medal table with 6 golds and 9 total medals, well ahead of second place (Great Britain, 1 gold, 3 medals).

She actually nabbed a handful of 10s between her last two dives, both of which scored 91.20.

Ren carries on a Chinese tradition in that event – Chen Ruolin had won Olympic golds in 2012 and 2008.

Si, meanwhile, had remarkable consistency, scoring right around 80 points in each round with identical 86.40s in rounds 2, 3 and 5.

Canada’s Meaghan Benefeito led early, but lost pace with the Chinese in round 2. She did still hold on for bronze with 389.20 points.

American Jessica Parrato was also in the hunt through about two dives (and tied for 2nd after one), but had a bad miss on her inward 3 1/2 in round 3, scoring mostly 4.5s and 5s for only 44 points. That bumped her out of medal contention, and she wound up 10th.