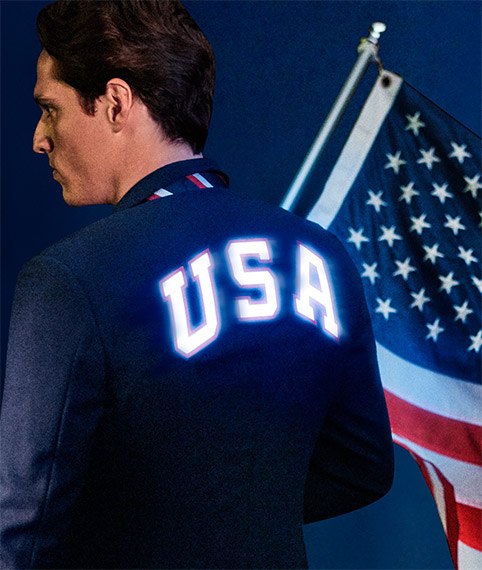 In her Olympic debut, Biles won team and individual gold medals in the women’s all-around, vault and floor exercise, also adding a fifth medal – bronze – on balance beam. She became the first American gymnast to win four golds at a single Games and one of only four women to accomplish the feat in Olympic history, joining Larissa Latynina (1956), Vera Caslavska (1968) and Ekaterina Szabo (1984).

“It’s an incredible honor to be selected as the flag bearer by my Team USA teammates,” said Biles. “This experience has been the dream of a lifetime for me and my team and I consider it a privilege to represent my country, the United States Olympic Committee and USA Gymnastics by carrying our flag. I also wish to thank the city of Rio de Janeiro, and the entire country of Brazil, for hosting an incredible Games.”

Widely considered the best gymnast of her generation, Biles’ Olympic medal haul extended her U.S. record to 18 individual medals combined in world and Olympic competition over the last three years. Her historic performance propelled the U.S. women’s gymnastics team to a total of nine medals in Rio, surpassing the team’s previous high of eight from the Beijing Olympic Games in 2008. The nine medals are the most won by any women’s team since the Soviet Union claimed 10 medals at the 1972 Olympics in Munich.

Given that Michael Phelps did the opening ceremony, not a surprise another swimmer wasn’t picked despite their impressive medal counts. Congrats to her!

Or given the fact all the other American Olympians are probably not appreciative the embarrassment a few individuals from USA swimming caused them as fellow Americans.

I heard Conger was in the lead until LochteGate.

Nah. It was a good decision. Conger has slow reaction time start.

I’m Swiss, so my opinion doesn’t mean much, but if it weren’t Biles, I would’ve nominated Maya Dirado. Though she’s probably started her job by now.

Hey Swiss fan , DiRado is postponing her job – get back to reality check

they postponed her job? sorry, I didn’t see the original story. She’s awesome, so I’m sure she’ll land on her feet.

Unfortunately not until Tokyo.
McKinsey has given her few months so she can cash in her accomplished fame and success. For the next few months she can do endorsements, appearances, speaking engagements etc.

By then she may not want to go back. Who knows what her possibilities are now.