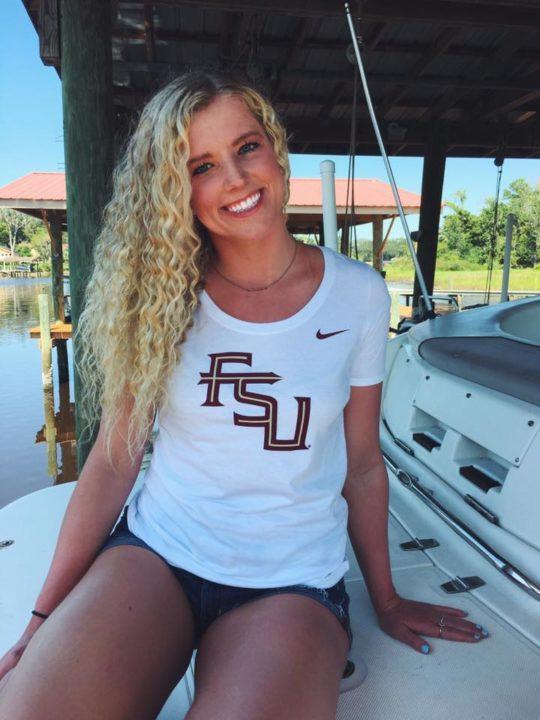 Episcopal AmberJax’ Alexis Durlacher has verbally committed to Florida State University for the fall of 2018. Current photo via Martin Zubero

Episcopal AmberJax’ Alexis Durlacher has verbally committed to Florida State University for the fall of 2018.

“For so many years, I’ve been wearing garnet and gold at Episcopal Amberjax and now I get to continue. With that being said… I’m beyond thrilled to announce my verbal commitment to attend and swim at Florida State University! Super grateful for the guidance and support of my coaches, family, and friends. Can’t wait to be a part of such a dynamic and talented team! Go Noles!”

Also verbally committed to the Seminoles’ class of 2022 are Hannah Womer, Ida Hulkko, and Stephanie Holmes.

Alexis is one of the hardest working young ladies we know. It has been wonderful watching her improve again since Coach Zubero took over that program. Congrats to Team Durlacher!

Congratulations! Great swimmer and fantastic person, can’t wait to see what she does at FSU.