Oceanic Round-up Day 5: Defending World Champ Larkin Out Of 200 Back 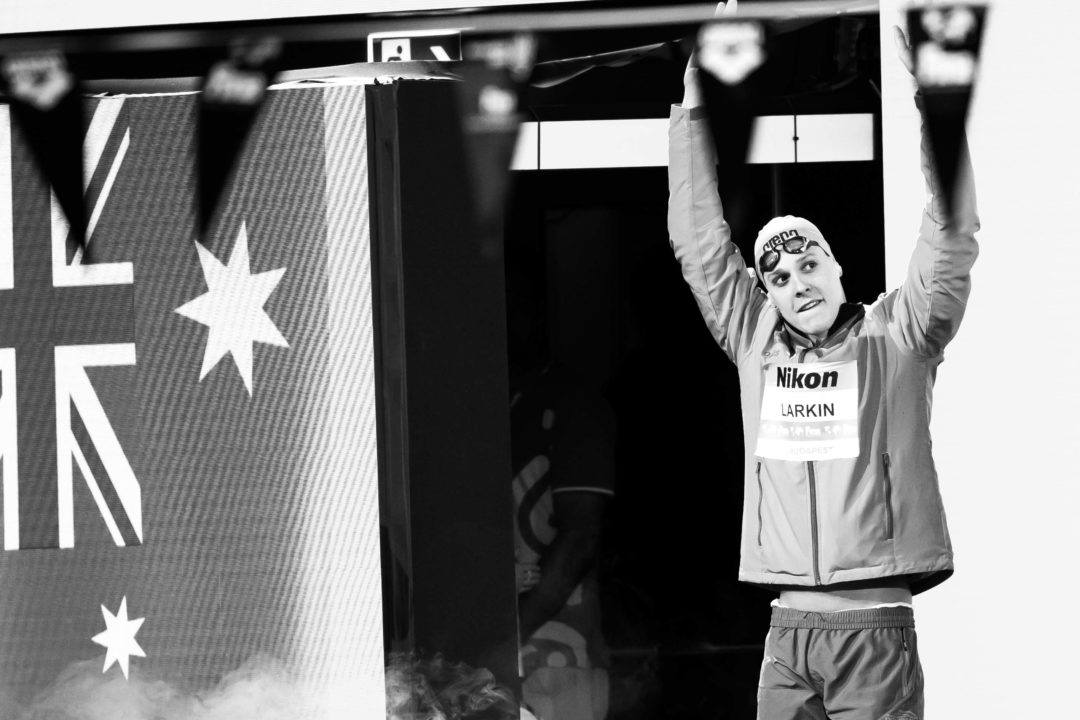 Having finished 6th in the 100m back, defending double world champion Mitch Larkin fell back to 15th overall after the men's 200m back semifinals. Current photo via Mike Lewis/Ola Vista Photography

What a difference a couple of years makes, as the once-super-consistent Mitch Larkin of Australia had a disastrous 200m backstroke race tonight to find himself out of the top 8 and out of a chance to defend his 2015 title in the event.

Larkin won the men’s 200m backstroke world title in Kazan in an Oceanic Record-setting time of 1:53.58 beating the next closest competitor, Radoslaw Kawecki of Poland, by almost a full second. He wound up lowering that mark eventually to 1:53.17 at the FINA World Cup in Dubai that same year.

Larkin then won the 200m back at his nation’s 2016 Olympic Trials in a speedy 1:53.90 and produced another solid effort in Rio to take Olympic silver in a time of 1:53.97. However, that’s where the 24-year-old’s mojo seems to have run out, as the multiple Australian national record holder has yet to come back to that form.

Tonight’s race in Budapest was evidence of that. After clocking a sluggish, but reasonable 1:58.00 to be positioned 13th after the 200m backstroke heats, Larkin’s time went in the wrong direction in his semi-final, moving up to a head-scratching 1:59.10. That’s a time an in-season Larkin from 2013 would’ve produced.

The 6th place finisher in the men’s 100m backstroke here in Kazan, Larkin said after that race, “The goal wasn’t to win the 100 here, if I wanted to defend my title I wouldn’t have changed coaches and had a bigger break after Rio.”

Larkin moved to from longtime coach Michael Bohl at St. Peters Western to join Commercial Swimming Club with coach Simon Cusack post-Rio, a change he’s sticking with. “I’ll go home and tweak things with Simon, he’s a good coach and there are some areas in the backstroke that we can work on,” Larkin said after his 100.

The women’s 4x200m freestyle relay for Australia ended tonight’s finals session on a high note, however, as the combination of Madi Wilson, Emma McKeon, Kotuku Ngawati and Ariarne Titmus collectively earned a bronze medal by just .08 over Russia. Behind winners USA and silver medalists China, the aforementioned Australian foursome clocked a time of 7:48.51 to claim a medal, something they haven’t done since 2013.

Olympic finalist Wilson led-off the relay with a solid split of 1:57.33, marking the first time the St. Peters Western swimmer has ever cracked the 1:58 barrier. McKeon, 4-time silver medalist already here in Budapest, was up next and produced a super solid 1:56.26, while Worlds rookie Kotuku Ngawati kept the Aussies in the mix with a split of 1:58.31. The anchor leg was given to 16-year-old Ariarne Titmus, the 4th place finisher in the women’s 400m freestyle at just 16. She ended the relay on a speedy 1:56.61 split to give the green and gold an edge over Russia.

I think that Madi Wilson went 1.57 a few times at the Mare Nostrum and Paris Open meets.

Or makes finals in the 200 apparently.