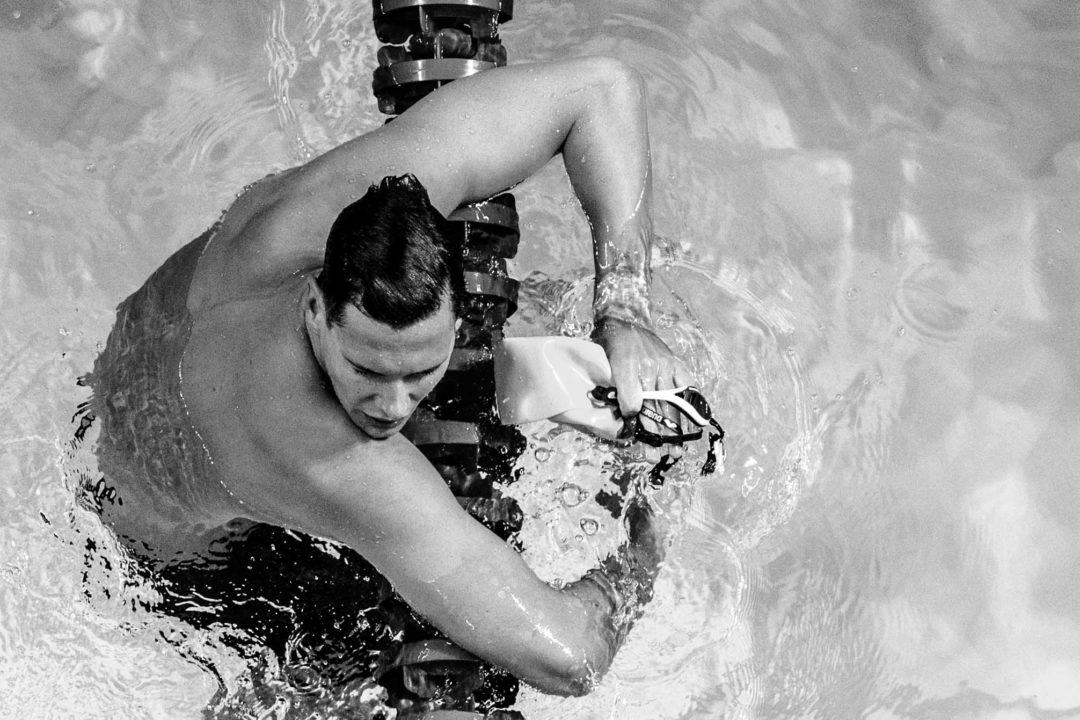 After a 4-month coaching tryout tour of sorts, double World Champion and Olympic silver medalist Mitch Larkin has finally decided upon his new training home. As hinted at last month, Larkin has indeed decided to join Commercial Swimming Club, home to the dynamic and speedy Campbell sister duo of Cate and Bronte.

Post-Rio, Larkin commented that he simply needed a change after having worked for much of his career with longtime coach Michael Bohl at St. Peters Western. The backstroke specialists then visited and trained with at least 7 different clubs since last summer, including Tracey Menzies of Canberra, Richard Scarce of Bond and Christ Nesbitt of TSS Aquatics. He also visited the home club of girlfriend and double World Champion Emily Seebohm, spending time with David Lush at Brisbane Grammar.

In December, Larkin commented that, with Commercial coach Simon Cusack, with whom he spent a week leading up to the Short Course World Championships, he “did get a sense of a swimming family again. Simon’s attention to detail is there,” Larkin said. “It’s really professional and enjoyable and I’ve got a good feel from Simon.’’

Now with an additional 4-week training span with Cusack under his belt, Larkin has signed on with Commercial for his World Championships preparation.

“The decision was easier than I thought it would be. From the day I walked into Simon’s program and the Campbells were there, and I get along really well with them, I felt at home. It’s a smaller squad than I’m used to, but the moment I walked in there we were laughing and having banter. I also swim very similar speeds to the Campbells (in backstroke to their freestyle) so that works for me.” Just a friendly reminder that Cate Campbell holds the World Record in the women’s 100m freestyle, while sister Bronte was the 50m/100m double world champion last year.  (The Australian)

“The volume of work was the concern for me because I was used to doing five or six kilometres a session, for 10 sessions a week, and Simon does nine sessions a week with 5km in the morning and less in the evening, but the quality and intensity of that second session is higher.’’

“It’s very different to what I’ve done before. There’s a lot more of a speed base to it, the intensity is a lot higher and I feel like I’m swimming better more frequently in training. Because there’s more work at race pace I feel like I am practising better stroke technique more often.’’

In a thought that could alarm Larkin’s backstroke competition around the world, Cusack has said Larkin has “a whole new system (the anaerobic system) that isn’t as developed as my aerobic system. I’m getting really sore pecs and lats because I am engaging them much more.’’

“The other thing he works on is very much listening to your body, so there are a lot more sleep-ins to freshen up and aid recovery.’’

Larkin’s next competition is set for the New South Wales (NSW) Championships in early March, where we’ll get a glimpse into how his new training regimen is working.

I hope this works out. It’ll be no fun watching Ryan Murphy win every backstroke race for the next four years. Actually it will