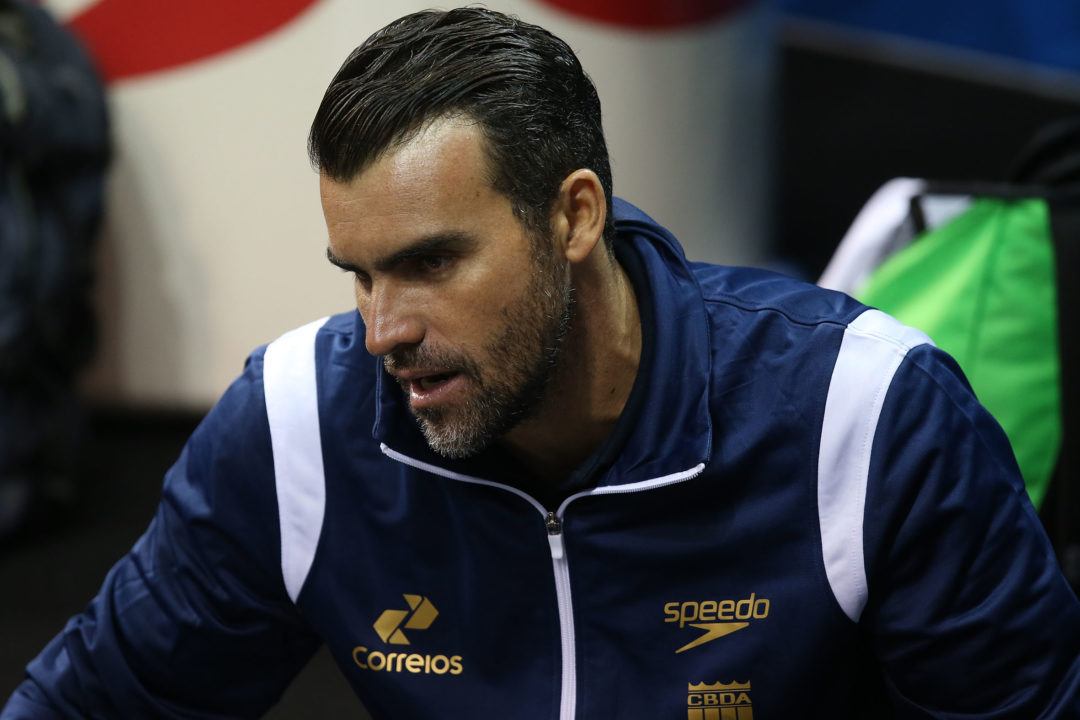 The club is the official representation of Olympic Champion and World Record holder Cesar Cielo, who won the gold medal in the 50 free at the 2008 Olympics (along with bronze medals in both the 100 in 2008 and the 50 in 2012).

Marques was with Pinheiros from 2010 until 2014, when he was lured away by Corinthians. Among his past charges include Joao Gomes Junior when he placed 5th at the 2013 World Championships in the 50 breaststroke.

Volkers, the club’s former coach, was originally named to the Brazilian coaching staff last summer, before a protest came in from his native Australia. In Australia, Volkers was accused of sexually abusing young swimmers and has been denied a blue card, without which he’s not allowed to work with children in the country.