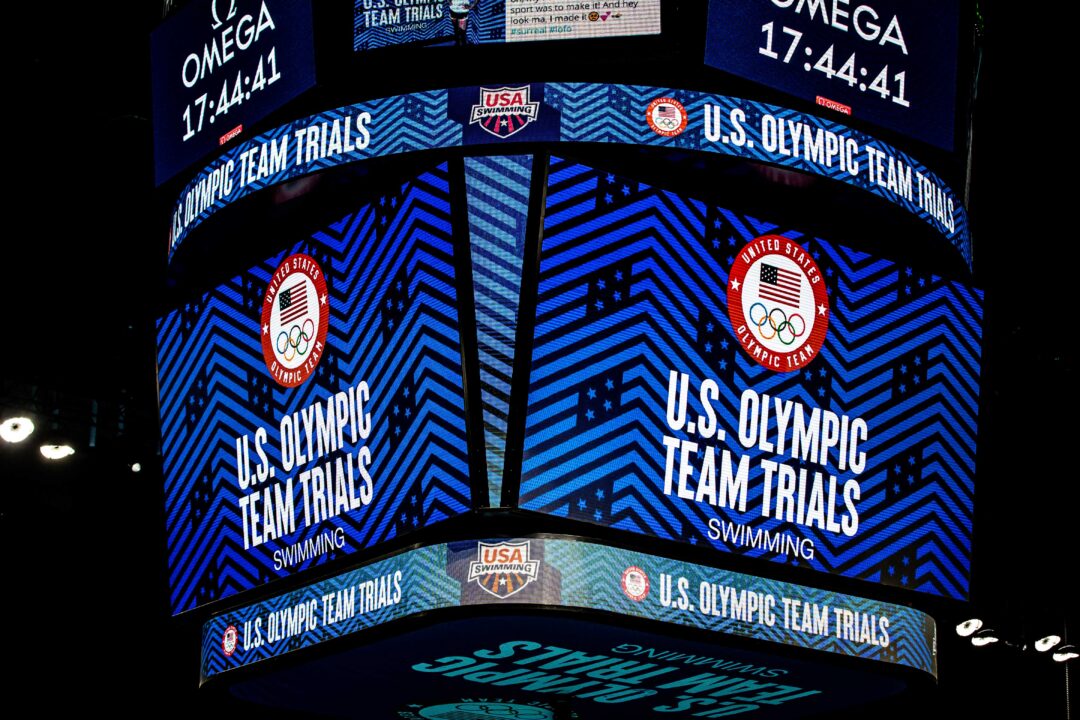 USA Swimming will offer early ticket access to its membership for the 2024 U.S. Olympic Trials in Indianapolis.

In order to make access for members a priority at the Trials, the national governing body opened up exclusive access of all-session tickets to National Team members, their families and coaches on Nov. 28, and will do the same for USA Swimming, U.S. Masters Swimming and Indiana Sports Corps members on Dec. 1.

Tickets for the general public will go on sale on Feb. 1.

There will be a total of 17 sessions at the 2024 Olympic Trials, an uptick compared to the usual 15 after Paris 2024 unveiled a new nine-day swimming schedule earlier this year.

This timeline for Olympic Trials tickets is much earlier than what USA Swimming has done in previous editions, and it’s also the first time early access is being offered to its members.

The two-month buffer between membership sales and general public sales will give families the opportunity to buy tickets as their swimmer qualifies, while also prioritizing access to National Team and USA Swimming members at the competition.

Last year, the tickets initially bought for the 2020 Trials were fully refunded and then went back on sale in April 2021.

The 2024 U.S. Olympic Trials is shifting to Lucas Oil Stadium in Indianapolis after four straight trips to the CHI Health Center in Omaha, with seat capacity expected to rise from 14,500 to somewhere in the vicinity of 30,000 to 35,000 spectators.

USA Swimming will announce details on group sales and single and multi-session ticket options in the near future.

The qualifying period for the 2024 Olympic Trials is set to open on Wednesday, Nov. 30, aligning with the start of the U.S. Open in Greensboro.

I am a us maters swimming because I swim for college club swimming. How do I make sure I get the early access to Olympic trial tickets. Don’t see how anywhere. Thank you!!

Anyone know which side of the pool is the start end and which side is the turn end? I don’t see anything labeled on the ticketmaster site.

Should have stayed in Omaha. Indy is doing everything wrong already. 2,000 dollar tickets…..what! The setup at the pool looks like hot garbage too. Century link was loud, because everyone is jam packed and right over the top of the pool. There’s gonna be some giant curtain and way too much airspace to fill. Seats are going to be much farther away from the pool. It it ain’t broke don’t fix it….welp they didn’t do that. Big miss for USA swimming

How do we order tickets (son is a member of USA Swimming). I do not see any link anywhere ?!!

How do USA Swimming members order tickets? I’ve been on the site and see nothing. There isn’t even mention of it on the site.

Although it also doesn’t have a link to actually get tickets.

As a non-swimmer in a world of swimmers in my family, I admit, I had a blast at the last trials. Ryan Held literally gave my son the shirt off his back, and did that the day he found out he didn’t make it to the Olympics (such a classy guy). I am flabbergasted that this is the route that USA Swimming has gone – triple the price to increase demand, doesn’t usually work out that way. My question of those who might actually know, USA Swimming must have known about this price structure at the new venue, right??? Why no messaging of any of this until now, or did I just miss it…

No one is going to front 9k a year and half out from the meet! It looks like I will just buy some single session tickets or someone on here can sell me part of their package

What is the link….

u ever get the link?