Maggie MacNeil Swims 58.3 in the 100 Fly in Prelims at Counsilman Classic 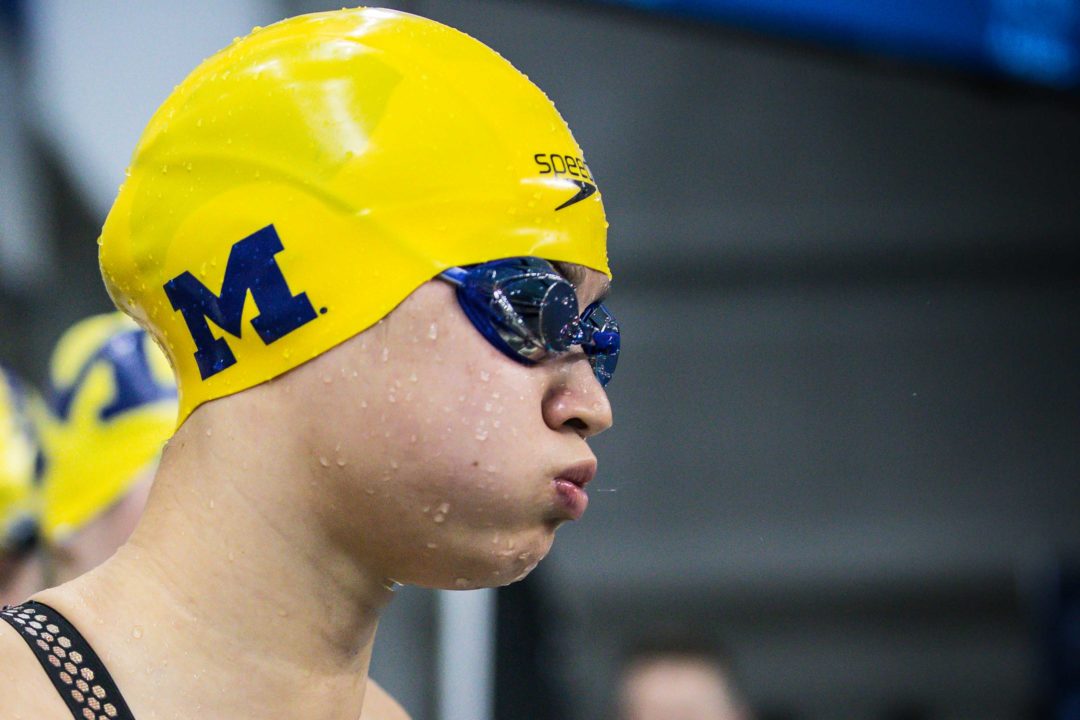 Michigan rising sophomore Maggie MacNeil swam a 58.31 in prelims of the women’s 100 fly on Thursday morning at the Counsilman Classic.

That marks the 3rd-fastest time of her career, and the second-fastest that she’s been outside of a national or  international championship. She swam a 57.57 at a small meet in Ontario in May; coming into the season, her previous in-season best was a 59.29 from last year’s Pro Swim Series stop in Santa Clara.

MacNeil, who was the top qualifier to finals on Thursday by over 2 seconds, opened in a 27.51 split – which was only 4-tenths slower than she was at Canada’s World Championship Trials in April. In April, she wound up winning in 57.04, which currently ranks her 3rd in the world.

Video of her swim is here:

Before her long course breakout, MacNeil shot to stardom at Michigan by posting some of the fastest 100 yard fly swims in history, even as just a freshman. MacNeil also swam a 55.55 in prelims of the 100 free on Thursday.

Other Prelims Times of Note:

Maggie will be on that podium at Worlds! Great swimmer and an even better person.