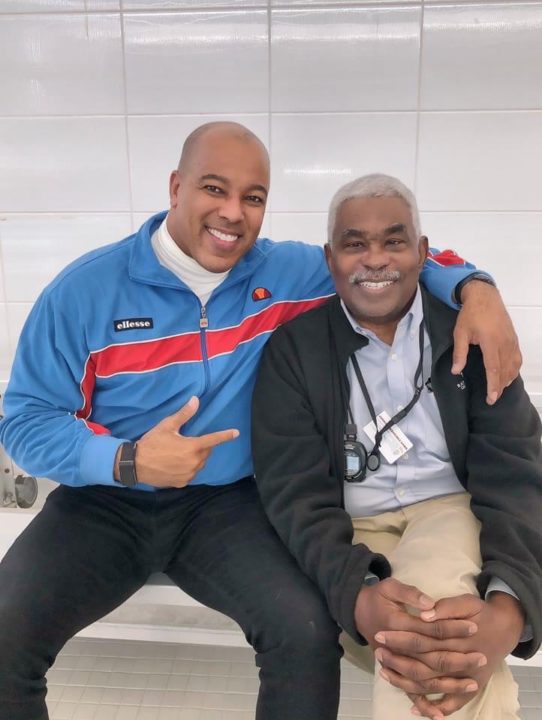 Jim Ellis is a star swimming coach, one with history that netted a feature film. If you haven't seen his film PRIDE, find it on Amazon and dive in. Current photo via Trevor Freeland

Hali Flickinger took the longest break of her career, balanced her swim life with her career life, and netted a SC World Champs gold medal.

Jim Ellis, PDR Head Coach and Board of Director President, joins the SwimSwam podcast. This conversation was a truly a joy and an honor. Jim’s been coaching 50 plus years, producing elite swimmers all five decades. He’s in the International Swimming Hall of Fame and the International Swim Coaches Association Hall of Fame. USA Swimming named him among the 30 most influential people in the sport.  Lastly, in this list of accolades, Jim is the only swimming coach who has been the subject of a major Hollywood feature film, PRIDE, which was released in 2007.

Jim Ellis formed the PDR (Philadelphia Department of Recreation) Swim Team in 1971, which was the first African-American swim team in the United States. I was an age grouper back in the 1970s, and by the 1980s I was nearing elite status. I knew Jim only by reputation. I did not know he was black. (Moreover, I didn’t know Jim’s history until I saw his film). I only knew his swimmers were fast—elites you wanted to compete against.

In this podcast Jim shares what wasn’t in PRIDE, his feature film. No disrespect to the filmmakers, but there was no way to include all of Jim’s success in two hours. There needs to be a recurring Netflix series to unpack it all. We do our best in this podcast to dive into Jim’s history and those finer details. I hope you enjoy it.

Pictured with Jim is my friend, Trevor Freeland. Trevor’s portrayed in the film PRIDE, and Trevor’s brother. Tracy Freeland, is PDR’s current Lead Coach… Many thanks to Trevor, who helped me prepare for this podcast, providing unearthed PDR history.