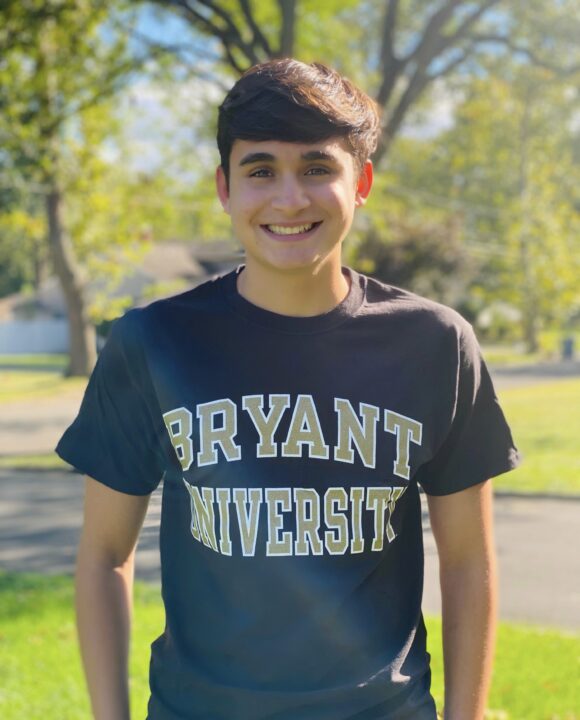 He will arrive on campus with times that will have the potential to score in the A-final of the Northeast Conference Championships.

Aidan Trenery, a senior at Scott Plains Fanwood High School, has announced his college decision, opting to swim at Bryant University next fall. Trenery currently swims with the Fanwood Scotch Plains YMCA, where he competed at the YMCA Long Course Festival over the summer.

“I’m very excited to announce my verbal commitment to continue my academic and athletic career at Bryant University. I would like to thank my family, coaches, teammates, American College Connection and everyone who supported me throughout the process. Go Bulldogs!”

At the Long Course Festival, Trenery was a finalist in all two out of his four events. In both the 200 fly and 200 IM, he qualified for the C-final. In the 200 fly, his lifetime best came during his prelims swim, where he touched in 2:14.68. During finals, he was slightly slower in 2:15.07, although he improved three places to finish 20th overall. In the IM he improved during his finals swim, lowering his lifetime best from the 2:15.19 that he swam in the morning to a 2:14.41. That time was good for 20th place as well.

When Trenery arrives on campus next fall, he will provide Bryant with depth in numerous events. During the 2020-21, he would have held the team’s third fastest 200 IM, fourth fastest 400 IM, and fourth fastest 500 free. He would have qualified for the A-final of the 400 IM and 500 free at the 2021 NEC Conference Championships.

The Bryant men are coming off a season that saw them claim the title at the 2021 Northeast Conference Championships. Last season, the Bulldogs were led by Matthew Mays, who claimed the conference title in the 100 and 200 back, as well as the 200 IM. He was honored as the conference swimmer of the meet for his performance. While he was a senior last year, he is listed on the team’s roster for this season, indicating that he is using his fifth year of eligibility.

If you have a commitment to report, please send an email with a photo (landscape, or horizontal, looks best) and a quote to Re[email protected].