Women’s Round 1 Invite Mashup: Which Teams Stood Out? 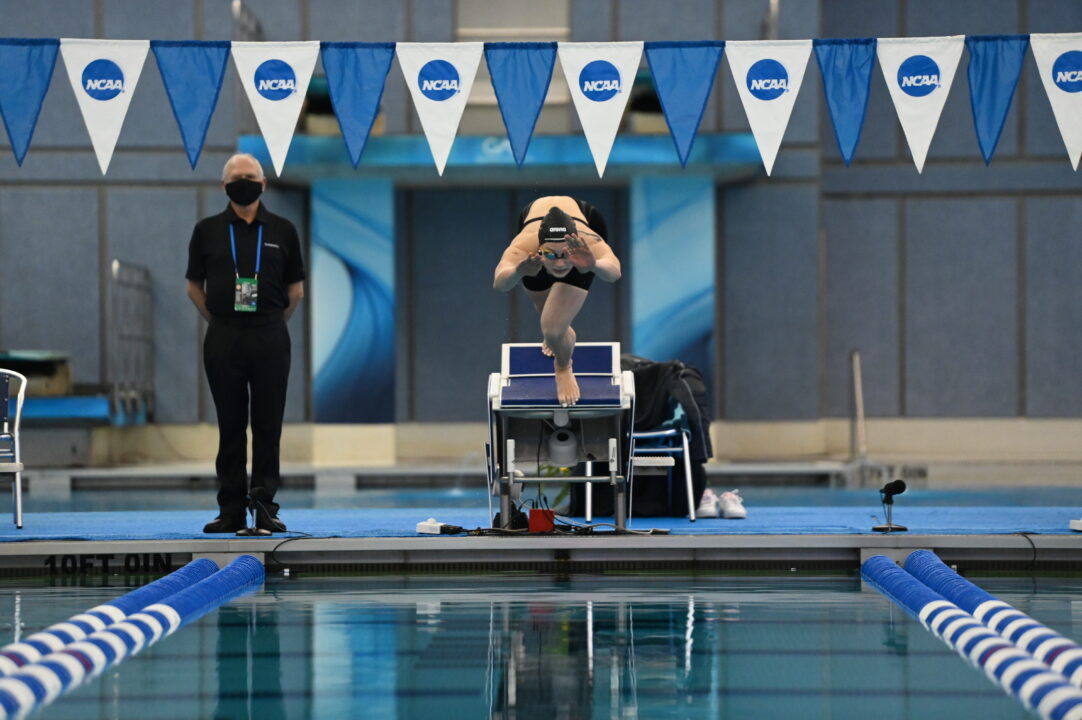 We know you love debating the highs and lows of college invite season, so scored out last weekends invites to help frame which teams swam particularly well. Archive photo via Courtesy of the NCAA

Note: Results from the Georgia Tech Invite are now included in the team standings.

We’re at one of the most exciting times of the college swim season — the mid-season invites. For many teams, this is the first chance they’ve really had to swim suited up and (maybe) tapered and (maybe) shaved, although swim fans love to debate how rested and shaved their favorite teams actually were.

With at least five big invite meets this weekend, plus plenty of smaller ones, there were plenty of big swims. But with likely top-10 teams swimming at different sites, and with different scoring formats at each invite, it can get a little tough to quantity just how well each school was swimming.

To help frame the discussion objectively, we used the SWIMS database to compile the top 16 times in each event from this weekend’s action, then scored out the hypothetical meet using standard championship scoring. This aggregate scoring strips out some of the value of depth for a team like Tennessee, which scored a lot of points with a lot of scorers at their hosted invite.

Keep in mind that we compiled these rankings using only swims from this past weekend. Which means there are a few big caveats here:

All that being said, to the best of our ability, here’s how the women’s scores would look if you took all of the swims from this weekend and pretended they were all part of one meet. We’ll publish the men’s scores in a separate post.

Even without a Gretchen Walsh or a 800 free relay, the Virginia Cavaliers would’ve won this hypothetical meet by nearly 30 points. Arguably the biggest headline for the defending NCAA champs came from Kate Douglass. Not only did the Olympic 200 IM bronze medalist break the ACC record in the 200 breast, moving her to #4 all-time, but she also put up the 1st- and 2nd-fastest times in the nation in the 50 free and the 100 free, respectively, while leading off UVA’s free relays. Only slightly less impressive was teammate, and Olympic 200 IM silver medalist, Alex Walsh‘s ACC record in the 400 IM, against a field that included another Cavalier Emma Weyant, the Olympic silver medalist in that event. Walsh also had the weekend’s fastest time in the 200 fly.

While Virginia had a clear lead in this hypothetical meet, the next four teams were bunched up within 20 points of each other.

Stanford’s performances so far this season had some fans wondering what was going on in Palo Alto, but the Cardinal scored the 2nd-most hypothetical points behind Virginia this weekend. Freshmen Torri Huske and Regan Smith, both Olympians themselves, came out swinging in their first college taper meet. Huske swam the fastest 200 free time of the weekend leading off Stanford’s 800 free relay, put up the fastest time of the weekend in the 100 free, and the 2nd fastest time in the 200 IM, 100 fly, and 50 free (leading off a relay again). Swimmers like Douglass and Huske caused a bit of consternation as we compiled this ranking, as we had to go in and pull their relay leadoffs out of the event rankings for scoring purposes. Smith had the top times in both backstrokes, events in which she is the US Open record holder, and the 2nd-fastest time in the 200 fly, another Olympic event for her.

Alabama ended up finishing just one back of Stanford, while NC State and Tennessee weren’t too far away in fourth and fifth.

The Crimson Tide had an incredible weekend, breaking several school records. They didn’t do anything too too crazy individually, although Rhyan White had the 2nd fastest backstroke times behind Stanford’s Smith, and freshman Avery Wiseman impressed in the breaststrokes. The Alabama relays, however, were simply on fire the weekend. They beat Virginia head-to-head in the 200 and 400 free relays, putting up NCAA-leading times in both events, the medley relays both finished 3rd overall, and the 800 free relay had the 5th-fastest time of the weekend.

Meanwhile, Tennessee kept up the pressure against Virginia and Alabama while swimming in their home pool. The Lady Volunteers got weekend-leading times from freshman Ellen Walshe in her first big taper meet in yards, while Mona McSharry edged out NCAA champion Sophie Hansson of NC State for the fastest time of the weekend in the 100 breast. Tennessee tied Alabama in our virtual meet scoring, with 371 points each.

NC State, swimming at home, came within a whisker of matching Tennessee and Alabama, compiling 370.5 points. Individually, the Wolfpack didn’t have any of the fastest times of the weekend for points purposes (although Katherine Berkoff had the fastest medley relay leadoff split), but their core of swimmers like Berkoff, Kylee Alons, and Sophie Hansson scored in multiple events. Like Alabama, the strength was really in the relays, as they had the weekend’s fastest in the 400 medley relay, and the rest all finished in the top 5.

There was a pretty wide gulf between the top five schools and everyone else, with 140 points separating Tennessee from Ohio State.

One more swimmer we need to mention here is Arizona State’s Emma Nordin. The Sun Devil fifth year had the weekend’s best times in both the 500 free and the 1650 free, plus the 2nd-fastest time in the 200 free.  One of the big questions this year was how ASU would fare after redshirting the entire team last season. While the women’s team only finished 13th in our hypothetical standings, Nordin’s performance and the men’s showing this weekend (more on that to come), shows that the Sun Devils certainly haven’t completely forgotten how to compete in college swimming after a 18+ month hiatus.

Well first you got it all wrong! Uhhh I believe UVA aint #1 after getting humiliated by the LADY VOLS over the past weekend. Anyone with walking around cents knows for sure that them mountain, toe tappin, singin and dancin womans from Tennessee are number 1. They wooda beat Stanford too if they was brave enough to come to Knoxville and swim the best!

What about other teams at Art Adamson Invite?

Ummm, just FYI…. when the additional results were added in the sort wasn’t redone.

I think you made a mistake Robert. NCSU does not have “1” next to it. This is obviously a HUGE ERROR. Everyone knows that no one can survive the PACK when its HUNGRY. Please fix it.

You all think this is ACTUALLY what will EXACTLY happen at NCAAs???? Wow. Just wow.

Swimswam commenters have no brain

Ncaas is going to be lit. Get the popcorn and shasta early to avoid the supply chain delays.

Shasta? Is it still around? I loved their root beer!

Think its more common in the west. I see it occasionally travelling around the east coast.