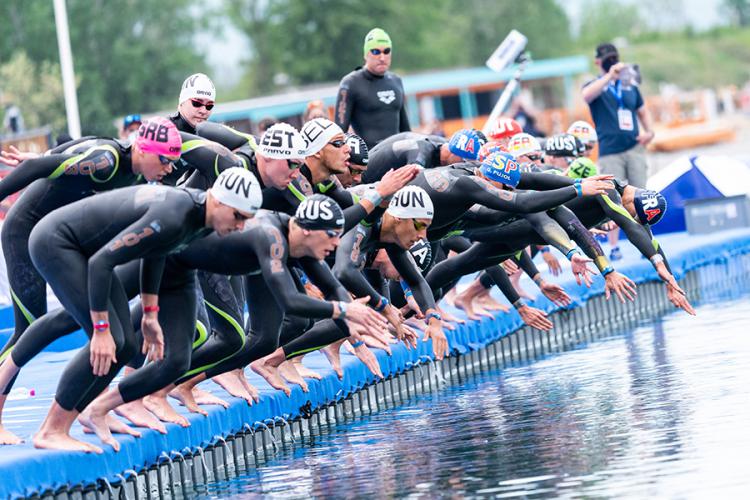 Great Britain's Hector Pardoe was forced to withdraw from the men’s open water 10k at the Olympics due to an injury to his eye. Stock photo via Andrea Staccioli / Deepbluemedia / Insidefoto

Pardoe, who was away from the lead pack, took an elbow to his eye on the last lap of the 7 lap race, causing his goggles to fall off. According to Pardoe, he was unable to see anything and thought his eye had fallen out in the water.

“I couldn’t see anything, I thought my eye had fallen out in the water,” Pardoe explained. “I was going up to the lifeguard saying ‘My eye! My eye! Is it okay?’ They weren’t giving me a very precise opinion, then I had to get out after that.”

Pardoe was given immediate medical attention by staff at the scene. Although his eye did not actually fall out, Pardoe suffered several cuts on his eye socket. In addition, pictures posted by commentator Andy Jameson show that Pardoe’s eye was swollen and bruised following the incident.

Utterly brutal … Great Britain’s @hector_pardoe had to withdraw from the men’s Olympic Marathon Swim (10k Open Water) very close to the end after receiving a forearm smash to the eye socket! Nasty … especially considering he had swimming goggles on! Great effort up ‘til then! pic.twitter.com/3ODAh0LZab

Pardoe, who is only 20-years-old, is competing in his first Olympic Games. The 2017 World Junior Open Water Championships bronze medalist, Pardoe was Great Britain’s only entrant in the men’s 10k in Tokyo, which was won by Florian Wellbrock of Germany.  Hungarian Kristof Rasovszky won the silver medal, while Italian Gregorio Paltrinieri claimed bronze.

All part of it, but just unfortunate it happened on the biggest stage of all for Hector. I am sure he will recover and be amongst them at the next big dance.

Glad he did not lose his eye, this could end up much worse.