Gauging the Impact of the Stringent French Qualifying Times for Worlds 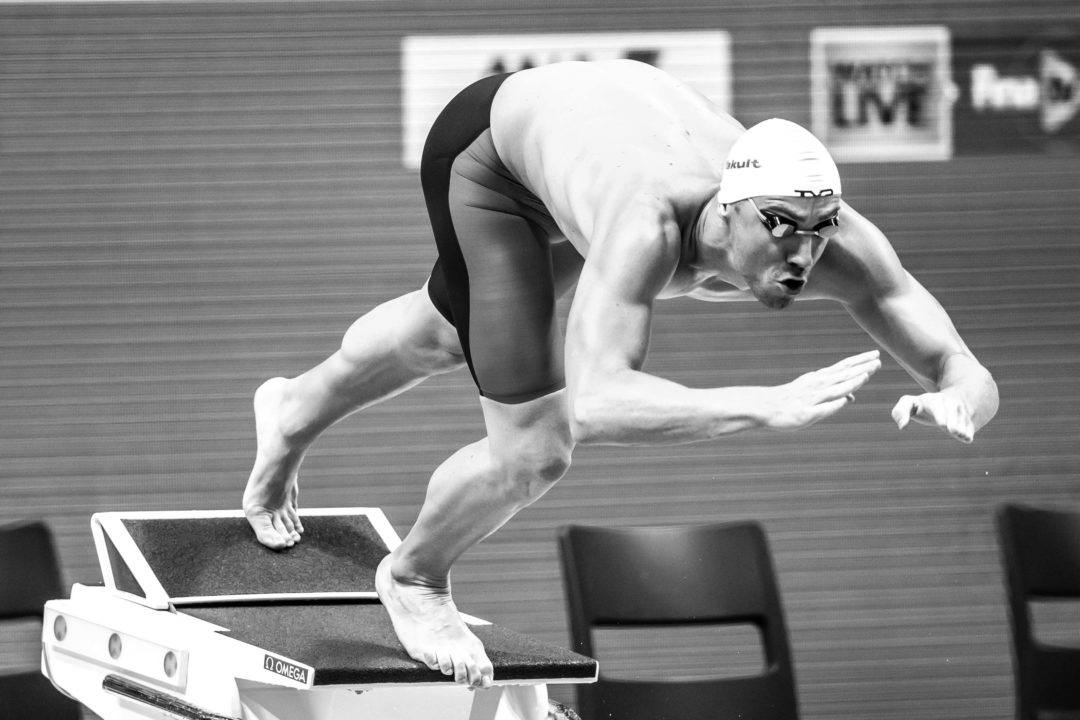 What might the French roster have looked like if the qualification standards had been simplified? Archive photo via Mike Lewis/Ola Vista Photography

Three-time Olympian Janet Evans was one of two former Olympians appointed to the World Olympians Association (WOA) as members of the Executive Committee.

If you don’t like the career you’re in, you might want to work in the swimming community and be a part of our swimming family! Go here to see 2974 Swim Jobs.

A total of six national records bit the dust over the course of the Austrian Short Course Championships, with Bernhard Reitshammer knocking down two of them.

In Greece, Restrictions Allowing Only 75 Swimmers to Train Draw Criticism

Nationwide, only 75 swimmers are allowed to train in Greece. Andreas Vazaios is one of several elite athletes criticizing these restrictions on social media.

The reigning mixed medley world record holders were in the water to close out the Chinese national team meet in Zhaoqing.

At the conclusion of Sunday night’s final session at the 2019 French Elite Nationals in Rennes, the French Federation (FFN) announced that 11 athletes had been selected to the roster for 2019 FINA World Championships in Gwangju, South Korea. Three had already prequalified by virtue of their medal-winning performances at 2018 European Championships (Charlotte Bonnet, Fantine Lesaffre, and Mehdy Metella) and eight were added during the course of the national selection meet (Béryl Gastaldello, Marie Wattel, David Aubry, Maxime Grousset, Damien Joly, Clément Mignon, Tom Paco Pedroni, and Jérémy Stravius).

The French qualifying standards were stringent. To make the Worlds roster, swimmers needed to achieve a time in prelims that was, on average 0.56% faster for the women and 0.59% faster for the men, than the FINA “A” standards for each event. Then they had to finish in either first or second in finals.

There were several near-misses during the week, but the National Technical Director, Julien Issoulié, was intractable. When the women failed to qualify a 4×100 free relay, although they won gold in Glasgow with 3:34.65, he said at the press conference, “We have chosen to apply a criterion that has been carefully considered. The logic for the relay is identical to that of the individual events. Going forward, what interests me is knowing what we will put in place so that our women swim faster and no longer find themselves in this kind of situation. That is the question we asked ourselves because it’s not about the World Championships in Korea, but the Tokyo Games next year.”

What would the team look like if the rules were simplified to:

Finish first or second in finals with a FINA “A” cut.

Below you have that calculation. The second column contains the 11 swimmers who made the team, by the event for which they were selected. The third column expands the current selection to include those swimmers who hit A cuts in finals. For comparison’s sake, we’ve included the top two finishers in the final of each event with their finals times and prelims times, so you can see why swimmers were selected and why they weren’t.

There are still a couple of tough calls. Samy Helmbacher got an A cut in prelims of the 400 IM, but not in finals, for example, so he didn’t make the list. If we had expanded our simplified qualification rule to include an A cut in either prelims or finals and a top-2 finish, he’d be on our roster. And Maxime Grousset missed the A cut by .03 in finals.

[Nota bene: this is purely an academic exercise. It does not take into account how the swimmers may have performed differently in finals if selections were on the line, or how swimmers may have varied their entries.]

*pre-qualified for the event at 2018 European Championships.

“Going forward, what interests me is knowing what we will put in place so that our women swim faster and no longer find themselves in this kind of situation. That is the question we asked ourselves because it’s not about the World Championships in Korea, but the Tokyo Games next year.”

As you can see, the obvious way to prepare swimmers for Tokyo 2020 is to prevent them from competing at the second highest level international meet so that they won’t be prepared to compete at the olympics the next year. Instead, they should be at home, thinking about what they’ve done, because a Fina A cut is obviously an easy standard for anyone to achieve and in no way… Read more »

If someone made their hard cut and make FINA A cut in something else, can they swim that other event?