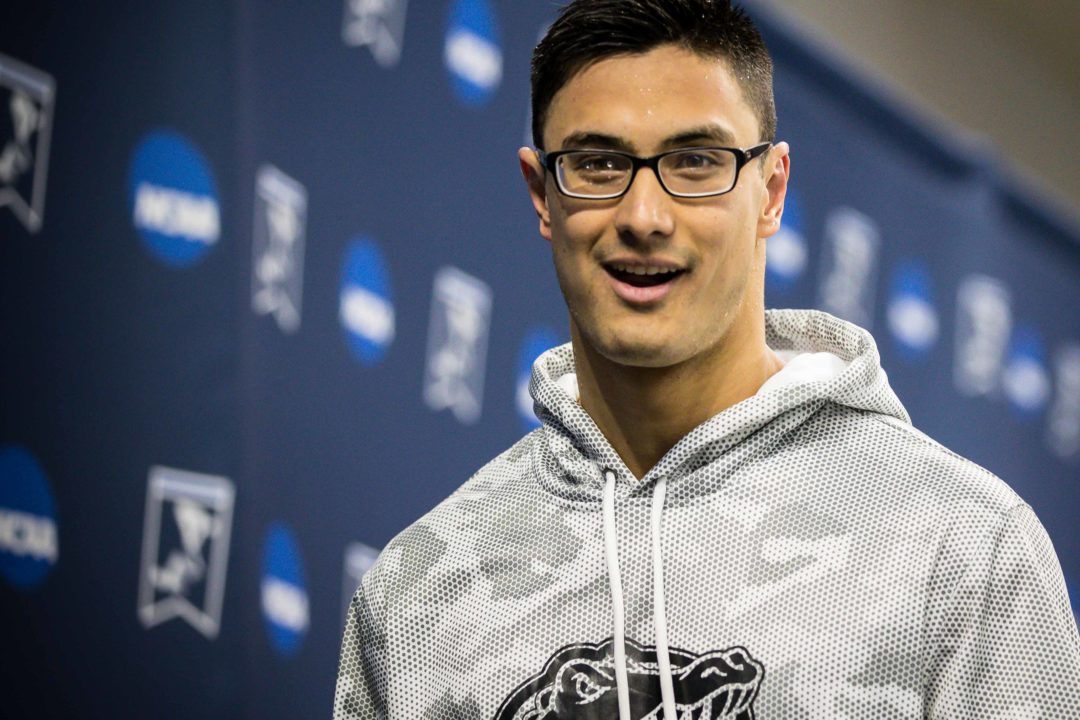 SEC champion Maxime Rooney, who just finished his junior season at the University of Florida, announced Monday morning on Twitter that he will not be returning to the school for senior year. He has also entered his name into the NCAA transfer portal.

Florida men’s head coach Anthony Nesty, who took over the program from Gregg Troy this season, offered a statement on Twitter:

All of us at Florida certainly appreciate everything that @Maxime_Rooney has done for the Gators. He will be greatly missed, however we support him and wish him nothing but the best as he pursues his personal goals.

At the 2018 Phillips 66 National Championships last July, Rooney finished seventh in the 100 free and 10th in the 200. He was in line to make USA Swimming’s World University Games roster in the 100 free or 800 free relay, but appeared to decline his spot when final rosters were released without him listed.

Rooney is a former national high school record holder in the 200 free, and is the current 17-18 national age group record holder in the same event. He grew up swimming in California for the Pleasanton Seahawks, and is a dual citizen in the Philippines, meaning he could potentially represent the nation in the 2020 Olympics, provided Monday’s announcement is not the end of the road for his swim career.

SwimSwam has reached out to Rooney for more information.

Wow, very interesting… not sure what he means by saying Florida cannot help him with his bold goals, he has a great group there, but to each his own. Wonder if he will end up at Cal? It is closer to home for him.

If he was done with swimming then why would he enter his name in the NCAA transfer portal?

Maybe he’s not sure if he wants to continue on and would like to leave the option open.

If he’s staying in swimming, it would seem Cal combines a very different training regime to Florida with being closer to home. He could take next year as an Olympic redshirt and still train there (with plenty of guys also focusing on the Olympics). An Olympic redshirt would also give Durden chance to get his scholarships sorted. The message is very cryptic, but it doesn’t even vaguely refer to any external events which would significantly alter his path (injury or family stuff), and it would be unusual for anyone, swimmer or not, to drop out of college after having got as far as summer of Junior year. Whatever his next steps, the best of luck to a kid who seems… Read more »

He didn’t say FLorida cannot help him with his bold goals.
He said he is now looking to expand his opportunities in bold pursuit of his goals.

Wish him the best of luck