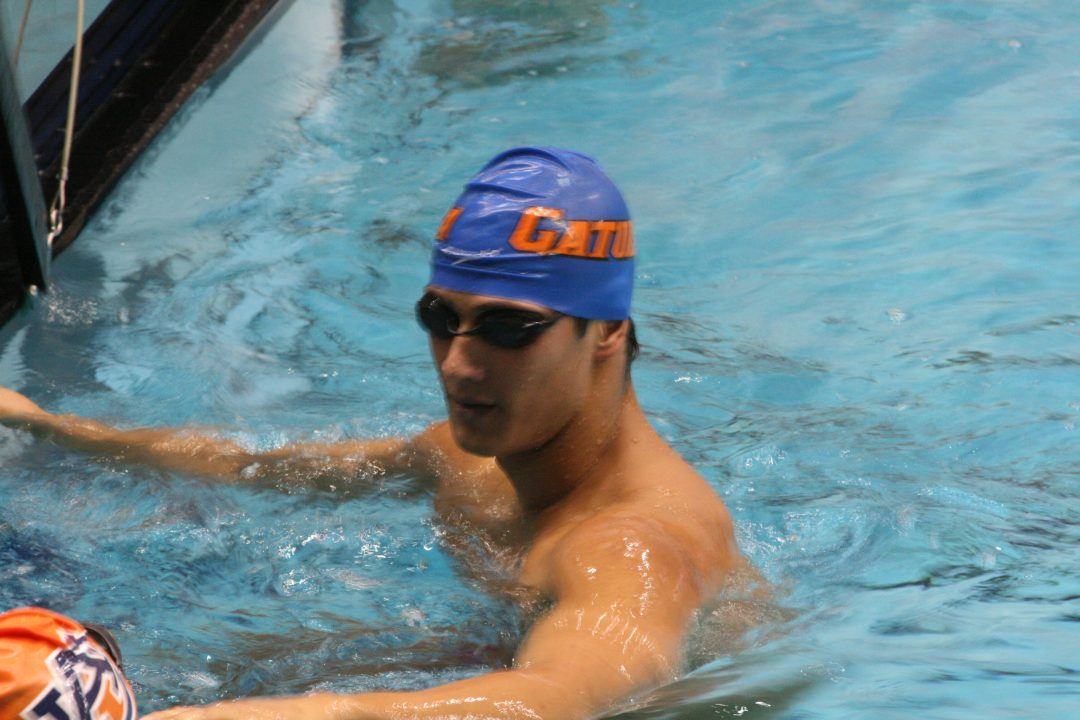 Florida freshman Maxime Rooney not only won gold in the 200 free at his first ever SEC Championships, but he also set a new 17-18 National Age Group Record with his 1:32.18. Current photo via Lauren Neidigh/SwimSwam.com

Florida freshman Maxime Rooney not only won gold in the 200 free at his first ever SEC Championships, but he also set a new 17-18 National Age Group Record. Rooney dropped almost a full second off his personal best time to win the race in 1:32.18, shattering the former record of 1:33.05 that he set in this morning’s prelims.

Rooney was well ahead of the field, winning the race by a second and a half. Coming in 2nd was teammate Khader Baqlah (1:33.65), while South Carolina’s Fynn Minuth (1:33.67) finished 3rd.

The big difference maker came on the front half of his race. He was out in 44.63 tonight, which was 6 tenths faster than his opening split of 45.23 from this morning.