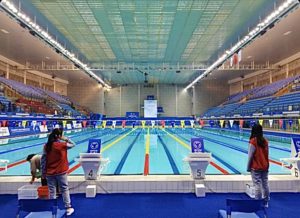 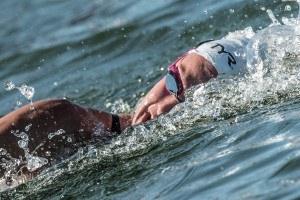 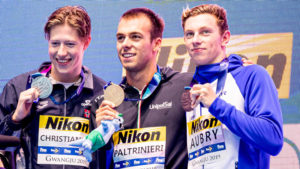 Frenchman David Aubry set a new National Record for France by four seconds in the men’s 1500 free final, placing fourth in a time of 14:44.72. 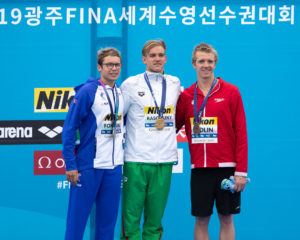 Damien Joly
Born Sept. 4, 1992 Damien Joly is a French Olympic swimmer. Joly is a distance freestyle specialist, focusing primarily on the 1500m freestyle. Although he’s experienced massive improvement and he’s been consistently one of France’s leaders in the distance events, (he won the event at the 2015 French Nationals) Joly is not yet at the level where he’s in contention of breaking French Records in either distance event.

2012 London Olympics
Prior to 2012 Joly was not a household name in swimming, but he fought his way to London, qualifying for and swimming in the 1500m freestyle. Joly ended up finishing 14th overall in his first Olympic Games. Since the London Games, Joly has been dominated the distance events in France.

2013-2014
After Joly’s major breakout at the London Olympics, he used the 2013-2014 season to garner more attention and experience. He won the French Nationals in the longest distance events, his specilaty – the 1500m freestyle and the 800m freestyle, and then pulled in a silver medal at the Mare Nostrum Series in 2013. When 2014 rolled around, one of Joly’s first competitions was the Euro Meet in Luxembourg, where he won gold in the 400m freestyle. He then swam at the French Nationals, Joly finished fourth in the 400m and 800m freestyle, and picked up a silver medal in the 1500m freestyle.