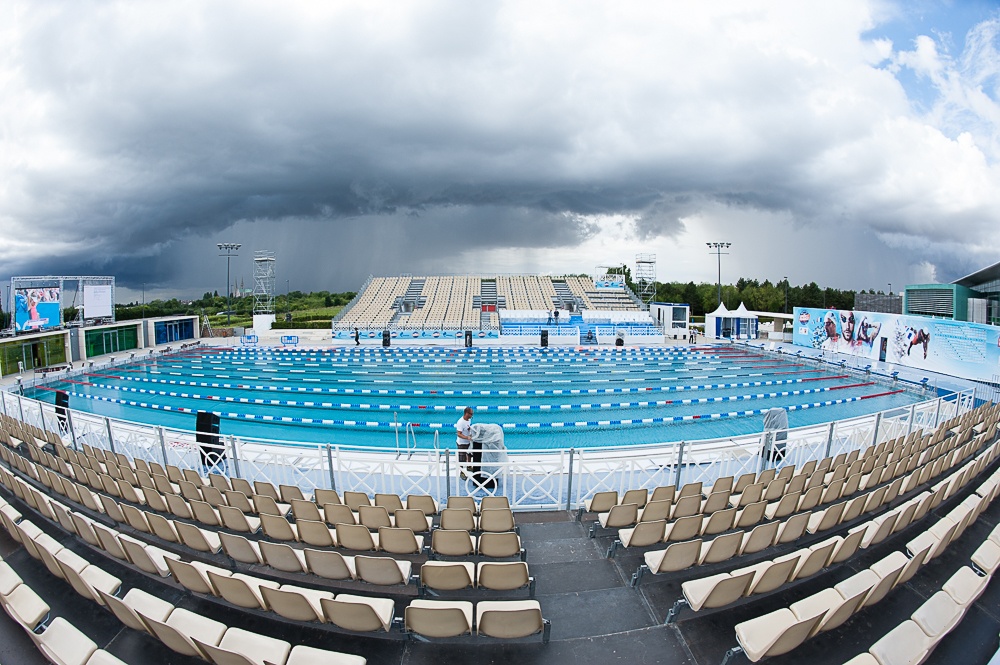 Be sure to check out our recaps in French on SwimSwam Français. You can find today’s finals recap here.

The second and final day of swimming at the 2017 French Open in Chartres produced five more championship records in four events. After breaking the 100 breast record on Day One, Russia’s Yuliya Efimova downed three more on Sunday: the 50 breast (twice) and the 200 breast. Efimova first dipped under Annie Chandler’s French Open mark of 30.89 from 2011 with a 30.62 in prelims, cruising to the wall 9/10 faster than Australia’s Jessica Hansen. In finals, Efimova took another 6/10 off the new meet mark with 29.99, extending her lead over the field as Hansen finished second with 31.31. Later in the session, Efimova swam an unchallenged four laps of breaststroke, stopping the clock at 2:21.54, 2.5 seconds faster than runner-up Taylor McKeown of Australia (2:24.02) and more than 1.1 seconds faster than Viktoria Zeynep Gunes’ meet record of 2:22.69 from 2015. Reona Aoki of Japan did her best to run down McKeown for second place, outpacing the Australian by a half-second over the final 50, but she ran short of space and finished third with 2:24.75.

Japan’s Kosuke Hagino also won two events, one of which set a new French Open championship record. After having won the 400 IM on Saturday, Hagino opened Sunday’s final session with a narrow victory in an exciting 200 free. Hagino edged Poland’s Kacper Majchrzak by 4/100 and Australia’s Daniel Smith by 0.22 as he won in 1:48.24. Smith was out first with a rapid 52.57 on the first 100, while Hagino and Majchrzak flipped at 52.9. Smith held onto the lead through the 150 but fell off pace coming home. Hagino, meanwhile, busted out a 27.0 over the final 50 meters and blew past Smith, just out-touching a hard-charging Marjchrzak. Majchrzak’s 27.4 was good enough to earn him the silver medal with 1:48.28, while Smith took third in 1:48.46. Hagino’s second win, while nowhere near as contested, still earned him a new championship record in the 200 IM; he went 1:57.38 to take 5/100 off the meet mark he had set last year. Finishing second was Spain’s in Hugo Gonzalez de Oliveira 2:00.65.

France’s Camille Lacourt went out on top, winning the last race of his career on French soil. The double-defending world champion dropped a very decent 24.82 to claim the men’s 50 back title by nearly half a second. The crowd gave him a hearty ovation at the end of the race, and in his interview he said he was happy with the race. “It’s a much faster time than I was able to do in (the preparation meets leading up to French Nationals in May). I feel good. I still have a few things to work on and I think I can go faster at World Championships.” Brazil’s Guilherme Guido was runner-up with 25.29, while Greece’s Apostolos Christou (25.34) took third.

France’s Mehdy Metella cracked a 51.51 to win the 100 fly by a country mile. It was his second title of the weekend, after a 48.46 in the 100 free on Saturday. Metella’s fly time was the fourth-fastest in his career, and the first time he’s gone under 51.6 in a non-championship meet.

After the race he said, “I’d given myself a goal of going under 52 seconds, so that’s done. Now it’s time to rest tomorrow morning, then start my taper for the World Championships.”

In a men’s 50 free final in which half the lanes were occupied by Brazilians, Bruno Fratus edged teammate Cesar Cielo, 21.97 to 22.11, for the victory. Poland’s Pawel Juraszek touched third with 22.13, just ahead of Australia’s James Magnussen (22.31).

Despite a tendinitis of the elbow and a cool training Lacourt looked very good in the water. He targets the gold in the 50 back.
And Metella looks stronger than ever. A strong medal contender in the 100 fly.

Chartres is quite the town for foodies. It’s also the best indoor & the best outdoor venue for swimming in Europe. Fabulous place for any big meet.

Are Katinka and Shane having different training approach this year?
Her times aren’t iron-ladyish, also her endurance is gone. She’s not able to do crazy schedules anymore. Is it possible that she’s training harder than during the olympic year? her in season times aren’t as good as they were in 2016 (4:29.89 against 4:33.71)