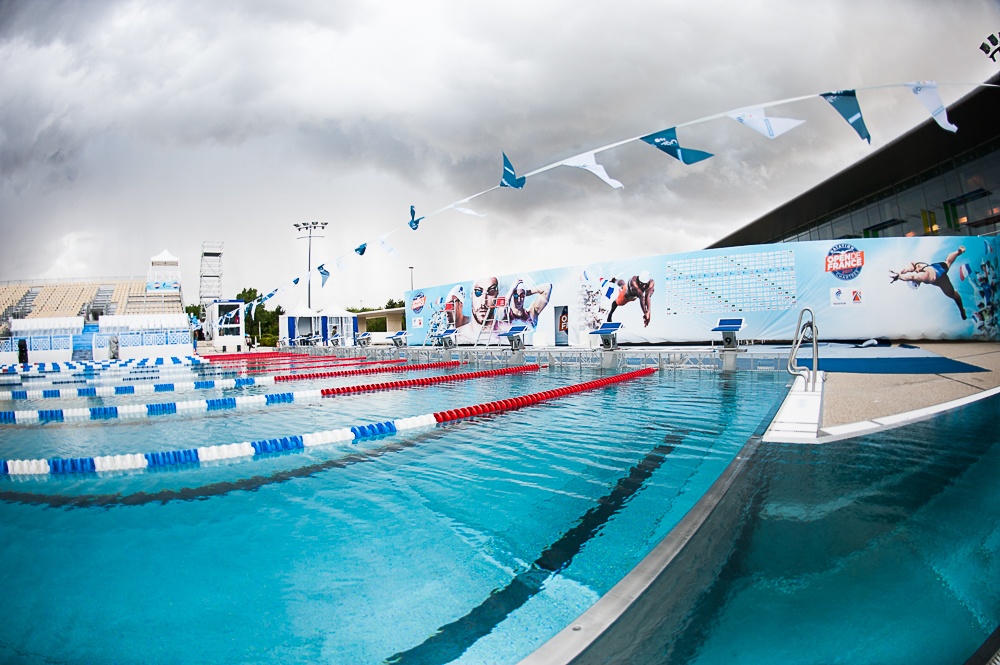 Be sure to check out our recaps in French on SwimSwam Français. You can find today’s finals recap here.

In the last tune-up before the 17th FINA World Championships in Budapest, the French Federation is hosting 323 athletes at its 11th French Open in Chartres, just outside of Paris. Nearly 2/3 of the swimmers are international, coming from all over Europe, South America, and Africa.

With 32 events divided into 2 finals sessions, it’s a lot of swimming, although most swimmers are concentrating on only a handful of events. The most prolific of the Europeans, Hungary’s Katinka Hosszu, only competed in three events on Day One. And after scratching the 200 free final, she whittled that number down to two events in finals, both of which she won. Hosszu began with a 2:09.83 in the 200 IM to claim the title with a 1.4-second margin over Yui Ohashi of Japan (2:11.21) and Canada’s Sydney Pickrem (2:11.62). Pickrem overcame a 2-second deficit to touch out Russia’s Yuliya Efimova (2:11.65) over the final meters for her third-place finish. Hosszu finished the night with a 2:08.83 in the 200 back, her best time of the season, which moves her up to #10 in the world for the year. Coming in second was Hilary Caldwell with 2:10.31. Caldwell was 3 seconds faster at Canadian Trials in April, when she went 2.07.29, now the 5th fastest time in the world this year.

Olympic bronze medalist Emma McKeon of Australia overcame France’s Charlotte Bonnet over the last 25 meters to win the 200 free with 1:57.31. Bonnet had gone out very quickly, but was outpaced over the second half by both McKeon and her Australian teammate Madison Wilson. Bonnet hung on for second, though, finishing in 1:57.42 to Wilson’s 1:57.93.

Brazil’s Joao Luiz Gomes Junior eked out a narrow victory over Russia’s Andrei Nikolaev in the 50 breast, 27.40 to 27.44. Gomes went 26.83 in May at Maria Lenk Trophy in Rio de Janeiro, which is the second-fastest time in the world so far this year behind Adam Peaty’s 26.48.

France’s Mehdy Metella won the 100 free with 48.46, his third sub-48.5 of the year (after 48.23 at French Trials in May and 48.35 at Golden Tours Amiens in April). Meet record-holder, Australian James Magnusson, had gone 48.85 in prelims during the morning session, but his final was slower. Magnusson wound up third with 49.54 after being overtaken on the back half by runner-up Kacper Majchrzak of Poland (49.39).

That’s impressive that Jones has held the record since 1985 considering she must have done that time at a staggering 0 years of age! 😉

Gives new meaning to, being born a breaststroker

Forget details of record and let’s focus discussion on Yulia. Just a casual 1:05.2 in an outdoor pool that isn’t the fastest. She looks sharp and ready to go in Budapest. BTW, I bet BoBo was at the meet cheering her on.???

Efimove is a 2x drug cheat and shouldn’t be allowed to swim competitively any more.

we didnt hear what u said …..come again ? lol