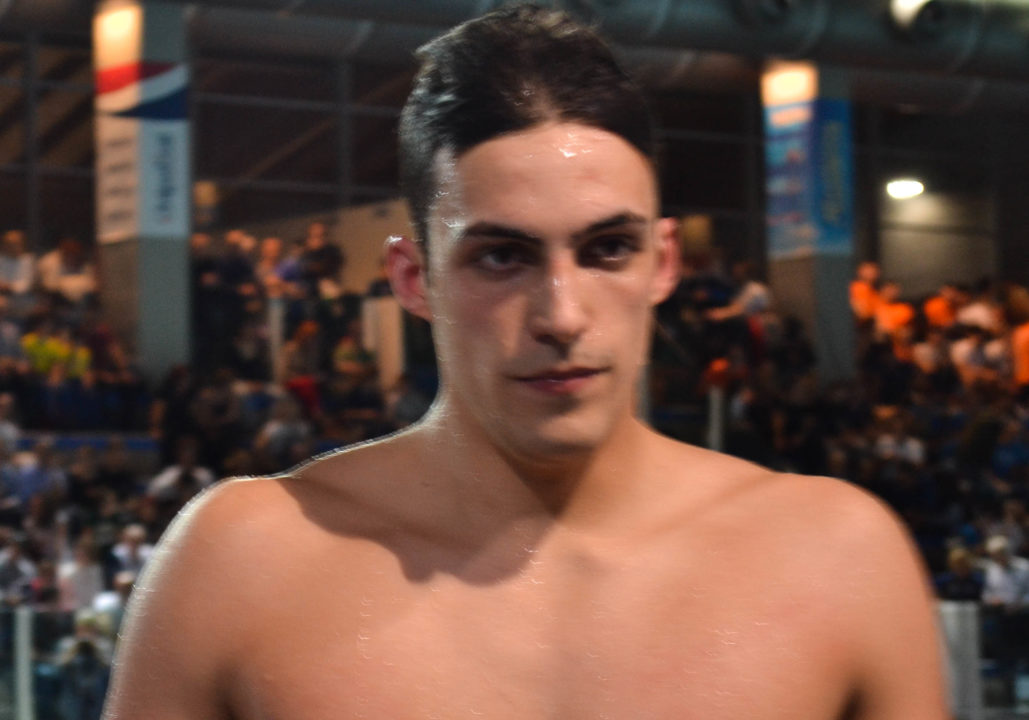 Filippo Megli lowered the Italian Record for the second straight day with a 5th-place finish in the finals of the 200 free on day 3 of the 2019 World Champs. Current photo via Giusy Cisale/Swimswam.com

The Italian Record in the men’s 200 free hadn’t been touched in a decade, but Filippo Megli has now lowered it for the second straight day, thanks to his 1:45.67 in tonight’s finals.

Megli first cracked the record in yesterday’s semi-final, where he became the first Italian under 1:46 with his time of 1:45.76.  Emiliano Brembilla‘s mark of 1:46.29 from the super suited 2009 World Championships was the Italian Record heading into this week.

After only finishing 15th in the heats, Megli again barely made it finals by finishing 8th in the semis. Still, he took full advantage of his chance. Not only did he lower his own record, but after Danas Raspys was disqualified for a false start after touching first, Megli came within 0.04s of the bronze medal time shared by Martin Malyutin and Duncan Scott.

The Italians started off tonight’s session strong, as Simona Quadrella followed up Megli’s performance with a gold medal and a national record in the 1500m free in the very next event.