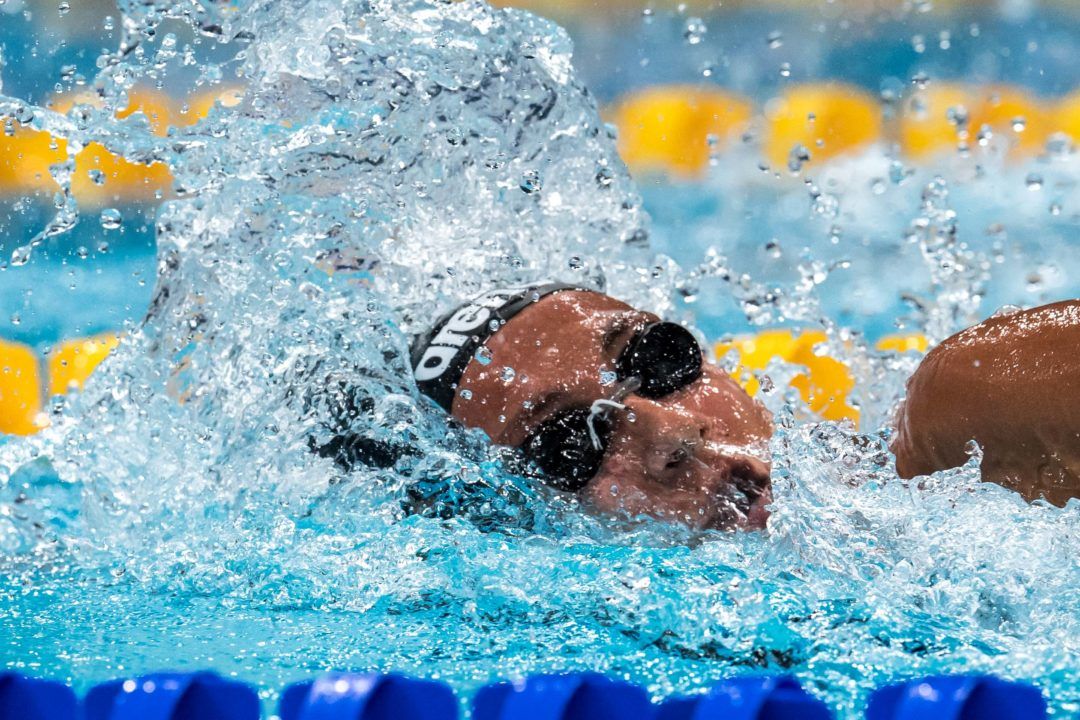 Quadarella now owns the No. 1 time in the world this season with Katie Ledecky's absence Tuesday night in Gwangju, and dropped eight seconds off her PR. Archive photo via Mike Lewis/Ola Vista Photography

In the absence of Katie Ledecky Tuesday night in Gwangju, Italian Simona Quadarella cruised to a commanding 1500m free win, hitting a new Italian record along the way.

Alessia Filippi owned the previous Italian record at 15:44.93, from the 2009 World Championships.

This swim caps a banner season for the 20-year-old Quadarella. Her previous PR was just swum at the 2019 Sette Colli Trophy in late June, and was a six-second improvement on her best time before that meet. She ranked No. 3 in the world heading into this week, and is now the second-fastest performer since Ledecky in Rio. Quadarella’s time Tuesday also puts her atop the world this season, as Ledecky’s season-best was 15.45.59, from January, before she had to pull out of this meet due to sickness.

Too bad Leah Smith could not have been subbed in for Ledecky. Between this event and the 200 free, the US lost 3 medal opportunities.