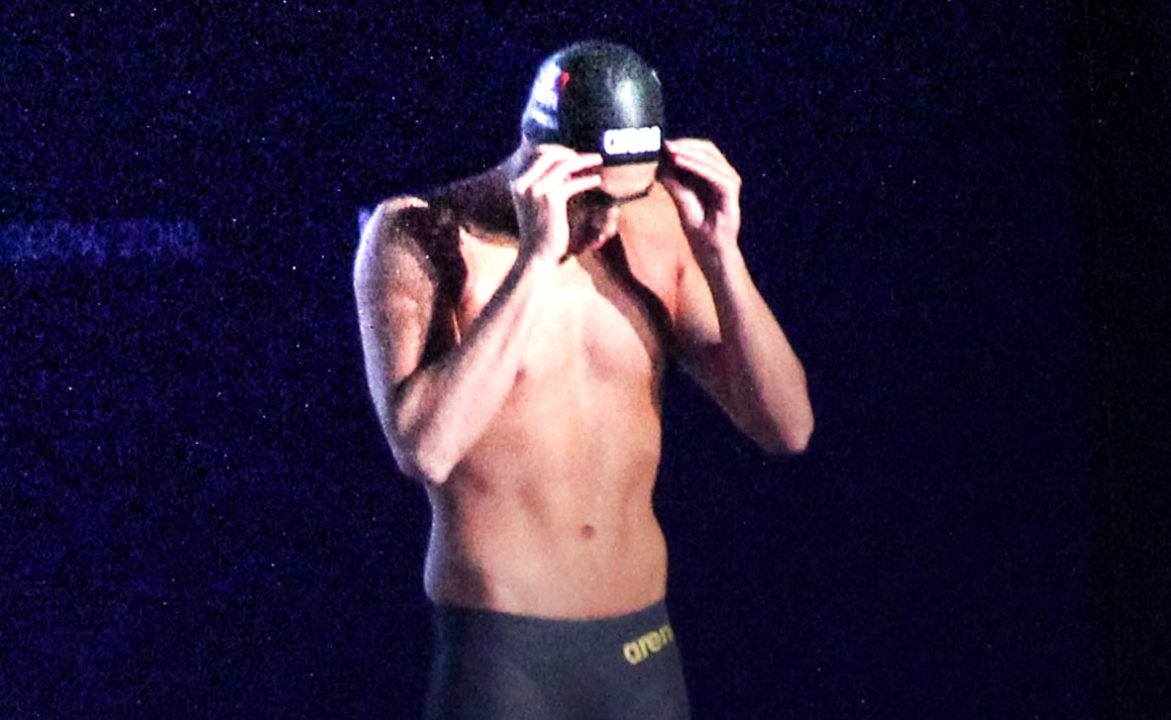 Filippo Megli broke the 10-year-old Italian Record in the men's 200 freestyle, qualifying for tomorrow's final in a time of 1:45.76. Archive photo via Giusy Cisale

Megli came into the competition with a personal best time of 1:46.56 from the Italian Championships in April.

Comparing the splits of the old and new records, Brembilla was much quicker on the middle 100, but Megli managed to open and close a combined 1.31 seconds quicker.

At the 2017 World Championships, Megli placed 28th in the 200 free, and then followed up by placing fifth at the European Championships last year. He also picked up a silver on the Italian 800 free relay in Glasgow which was his first international medal.