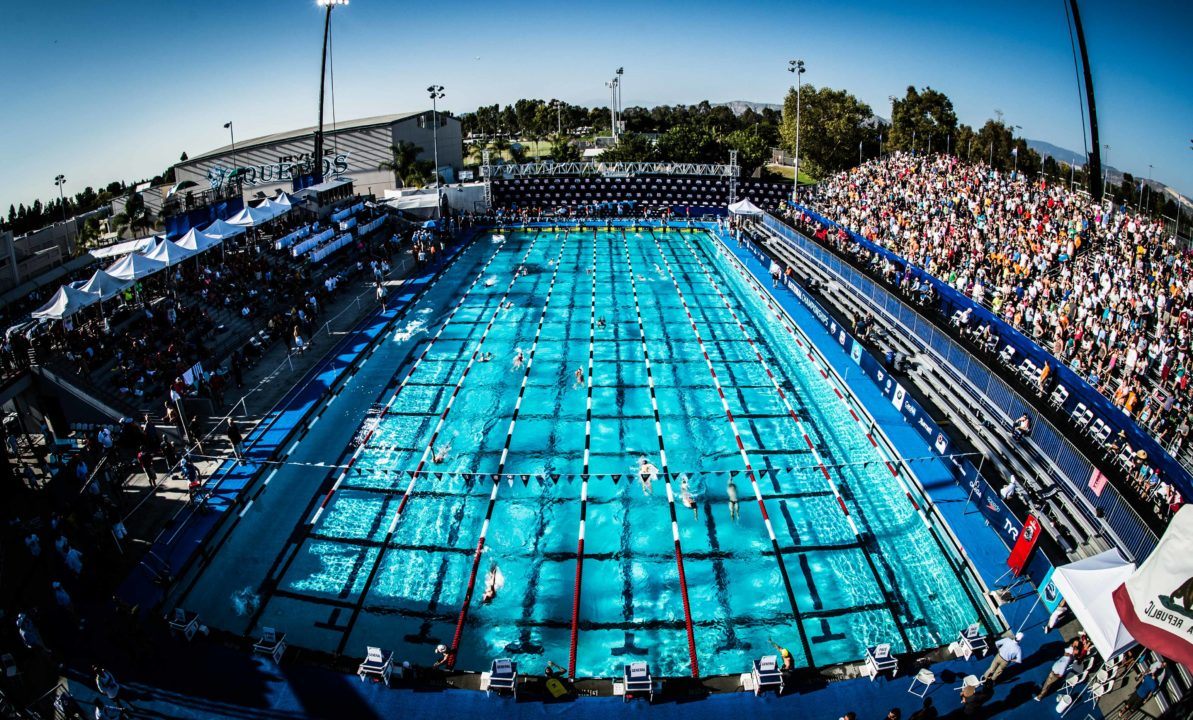 Temperature highs in Irvine itself will consistently be around 85 degrees for the duration of the meet, with partly cloudy skies. Archive photo via Mike Lewis/Ola Vista Photography

The National Weather Service has issued an excessive heat warning for Orange County warning effective through the first two days of the 2018 Phillips 66 National Championship, but temperature highs should remain consistently around 85 degrees in Irvine itself. The warning for the general area predicts a high of 105 degrees Wednesday, dropping a few degrees as the week goes on.

There is no rain in the forecast, and it should remain partly cloudy throughout the meet, which bodes well. The temperatures this week are slightly above the historical average for late July/early August in Irvine, which is between 80-82 degrees.

In August 2014 – the last time Nationals were held in Irvine – temperatures were similar. Then, highs topped out in the high 70s and low 80s, and lows never went below 70 degrees. That year, media members experienced computer malfunctioning, even in the evenings, due to overheating.

The planet is burning. It’s going to become unlivable in the next decades in most parts of the world. But according to a few corrupt guys it’s a hoax. These criminals should go to jail.

Is World’s outdoor too? If not, why have this meet be outdoors?

Outdoor pools are dumb for Championships

The pool is still 50 meters long and everyone is dealing with the same conditions.

Maybe the Northerners and Midwesterners should just learn to swim backstroke in a straight line without a ceiling. If a 10 year old in Florida can do it a national level swimmer should be able to do it too.