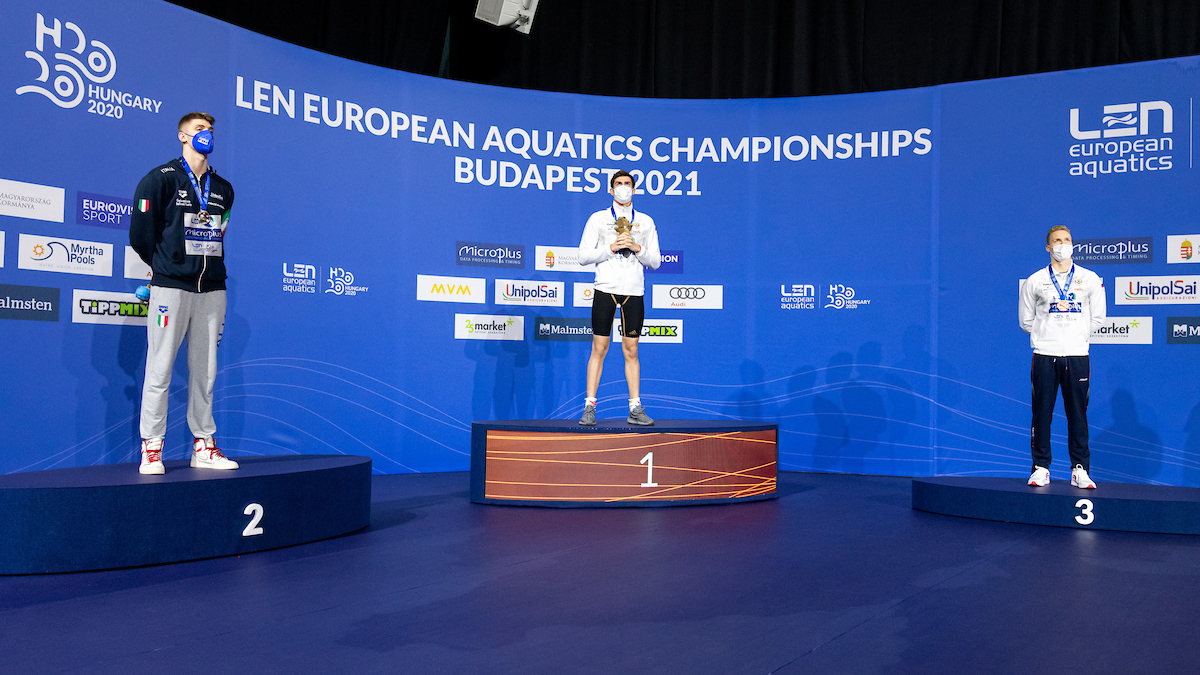 Russian star Kliment Kolesnikov held onto his massive early lead in the money race, topping the earners at this year's Championships by over 13,000 euros. Current photo via Giorgio Scala / Deepbluemedia / Insidefoto

Russian star Kliment Kolesnikov held onto his massive early lead in the money race, topping the earners at this year’s Championships by over 13,000 euros. 20,000 of Kolesnikov’s 25,625-euro haul came thanks to the two separate times he broke the World Record in the men’s 50 backstroke. Kolesnikov also grabbed 4,000 euros from winning Gold in the men’s 50 back and 100 free, and his other 1,625 came from Russian relays.

Italian 16-year-old Benedetta Pilato made an incredible late run to launch herself all the way up to 2nd in the rankings. Pilato grabbed 2,000 euros for winning Gold in the women’s 50 breast, but more importantly, earned a 10,000 euro bonus from breaking the World Record in the event.

Great Britain’s Kathleen Dawson was the only other swimmer to top 10,000 euros, earning a total haul of 11,500. Dawson earned a large bonus on the final day of the meet, thanks to her breaking the European Record in the women’s 100 back leading off the 4×100 medley relay.

Efimova and Yefimova have been counted twice

I was wondering: if someone swims only the prelims of the relay, does he/she get pricemoney as well or only a medal?

Really pays to be a relay swimmer for a great country