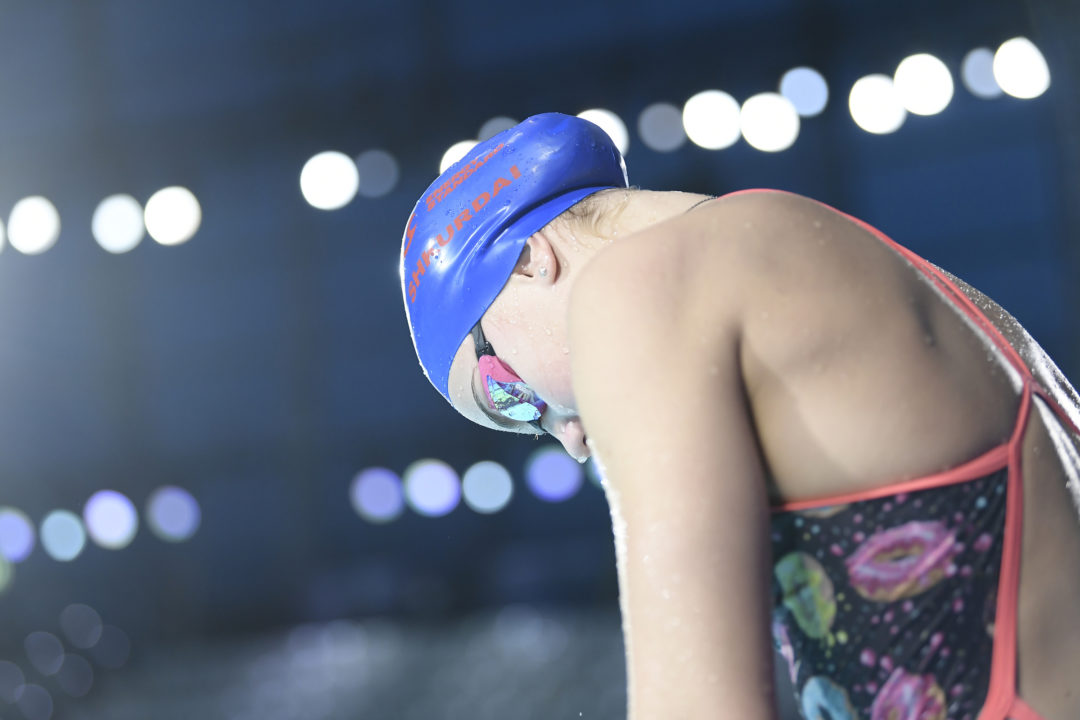 The last day of swimming competition at the 2021 European Championships gave one last opportunity for teams to make claim to one of the four relay “Wildcard” spots at this summer’s Tokyo Olympics. Sunday would see both the men and women racing in the 400 medley relay.

South Africa held the top Wildcard spot coming into Euros with a time of 4:02.92. They led a field of eight countries separated by less than two seconds. Poland, the Czech Republic, and South Korea were behind the South Africans in the Wildcard spots. Finland, Belarus, and Spain would be among the top European teams looking to make a move today.

The action today came in this morning’s relay session as three teams that were not in a qualifying position were able to move up into Wildcard spots. Finland led the way with a 4:01.66 which put them into the top Wildcard spot. They were followed by Belarus moving into the second spot and Denmark into the fourth and final Wildcard spot.

The Belarusians were among teams setting national records this morning.  Anastasiya Shkurdai, Alina Zmushka, Anastasiya Kuliashova, and Nastassia Karakouskaya dropped the record down to 4:01.92 from a 4:03.61 set just a month ago. The relay in April featured the same four swimmers but Kuliashova swam backstroke and Shkurdai swam butterfly.

France, Poland, and Ireland all improved their times and moved up in the rankings However, as these four countries were unable to qualify in the top eight in prelims, they would not have a chance to swim again at finals. Additionally, the disqualifications of Greece and Poland for early take-offs would result in a final that would be devoid of drama as all countries in the final have already qualified automatically for Tokyo or currently occupy a Wildcard spot.

The rankings after prelims:

The final would see another relay victory from Great Britain, who dropped the British record by nearly three seconds with a time of 3:54.01 and won all women’s relays this week.

Among the three Wildcard teams competing, Belarus would finish ahead of the pack as they dropped their national record by another 1.55 seconds to 4:00.37 to finish sixth overall and moving them into the first Wildcard spot. The biggest difference in tonight’s swim was Shkurdai swimming a 59.53 backstroke leg compared to 1:00.14 in prelims. Her best is a 59.08, which indicates the relay can potentially drop under 4:00.

Finland swam a hair faster tonight but fell down to the second Wildcard position due to the quickness of the Belarusians. Denmark was disqualified for an early take-off and was unable to move up in the rankings.

The Women’s 400 medley relay rankings after the European Championships:

The rankings ahead of Euros featured seven European teams among the fastest eight teams in our rankings. Italy led the way in the top Wildcard position with a 3:32.66 and a commanding 3+ second lead ahead of Ireland. South Korea occupied the third spot with France as the fourth Wildcard country. The Netherlands, Turkey, Switzerland, and Croatia had the French in their sights as those five teams were separated by just .41 seconds.

Prelims would see France drop over four seconds to move up three spots into the first Wildcard slot with a time of 3:32.50. Poland, ranked out of our top eight coming into Euros would swim a 3:34.53 moving all the way up into the third Wildcard.

Ireland would see an Irish record from Shane Ryan, Darragh Greene, Brendan Hyland, and Jack McMillan to stay among the Wildcard teams in fourth. Their record swim of 3:34.62 broke the previous record of 3:35.86 set at the 2019 World Championships.

The prelims results followed a similar pattern to the women. Sweden and Austria were able to move up in the rankings but finished out of the top eight to have another chance to improve. The Swiss men were disqualified and this meant that the final would feature four teams already qualified for Tokyo and the four teams occupying the Wildcard spots.

The rankings heading into finals:

The results of the men’s 400 medley relay echoed that of the women as the British men proved victorious. With this win, it gave Great Britain a total of seven relay wins out of the nine relays swum at the meet; they took second in the other two relays.

Italy used a third place finish to leap-frog France into the top Wildcard spot at 3:29.93. Poland dropped 1.71 seconds from prelims but held their position in third. Ireland was unable to improve upon their prelims swim and held position at the fourth Wildcard.

The Men’s 400 medley relay rankings after the European Championships:

You’re still showing Great Britain with a 3.59.08, (8th place) in the Women’s 400m Medley relay rankings when according to your article, they did a 3.54.01 in the final!! You need to update your rankings to make it reflect accurate positions.

The teams that finished top 12 at the World Championships are locked in there. This is not meant to be an “up to date relay rankings,” but rather a reflection of qualifying status. Because they were 8th at Worlds, whether they go 3:50 or 4:20 doesn’t matter, they’re qualified.

We’ll later do previews regarding current rankings and expected finishes.

I hope Ireland are able to get that Men’s 4 x 100 Medley Relay to the Olympic’s! It’d be the 1st time in decades for a Relay from that small Island to go!!!

Probably no country will time trial. And on men side I expect no changes.

South Africa have a meet this coming week end and have spoken relays. If all their men fire they could rattle those rankings. I wish Ireland were higher as I want both SA and Ireland there.

I´ve checked their swimmer and I expect their only shot to be on medley.. but I don´t know if they will pull it. On 4×200 very unlikely them even coming close to Ireland.. but they can upset Canada on 4×100

I´ve checked now their website for the meet and it seems they will only swim the mixed relays..

They could time trial.

I am not up to date with South African swimming but with Zane Waddell retiring, do they have enough depth to still go under 3.34.6?
His best Long Course times would have made him valuable to be used as a Backstroker/Freestyler and potential butterflier (based on converted times). Potential could have been on 3 relays – 4*100 Free, 4*100 Medley Men & Mixed.

After looking at the FINA World Ranking page, RSA definitely has a chance to qualify relays but a Waddell at the level he finished at Alabama with would have been helpful.