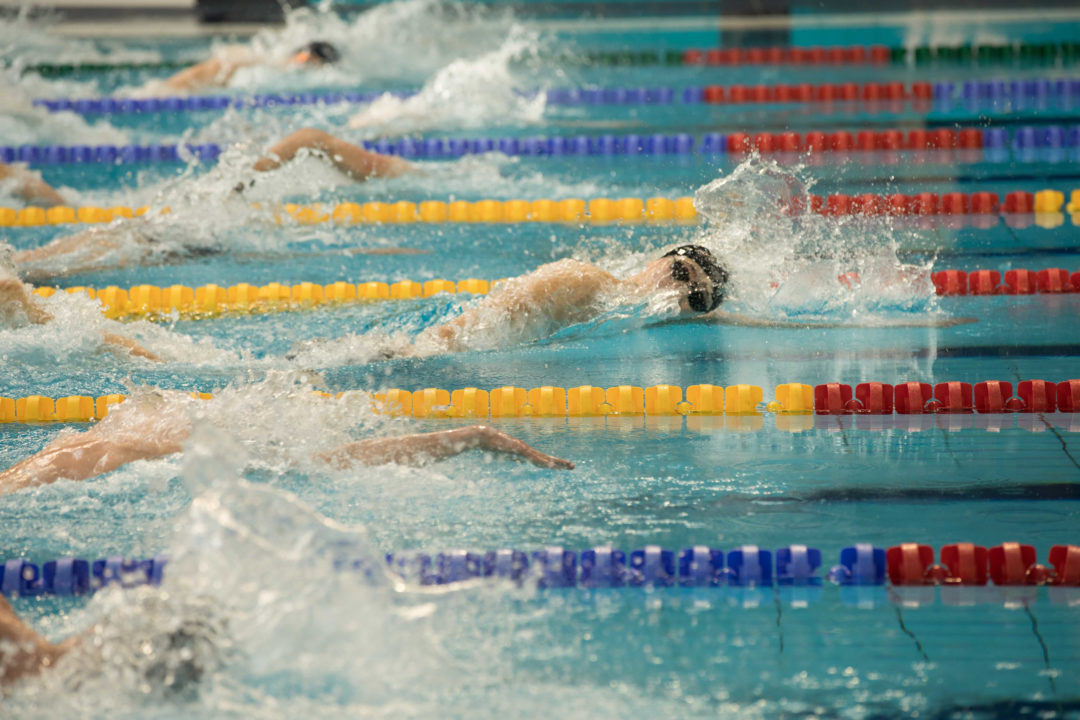 The Irish women cut over 9 seconds off the previous National Record, while the Irish men, anchored by Jack McMillan, put themselves in Olympic qualifying position. Archive photo via Swim Ireland

A number of National Records went down in the both the men’s and women’s 400 medley relays on Sunday morning as the 2021 European Aquatics Championships wind to their conclusion in Budapest.

Among the highlights were new record for Spain, as well as both the Irish men and women – the latter by almost 10 seconds.

A record for the Irish women seemed almost inevitable, but the margin by which they broke the mark was still stunning. The old record of 4:12.29 was set at a 2018 meet in Marrakesh, Morrocco, just as the Irish women were beginning to feel their rise under national team director Jon Rudd.

The Irish women haven’t swum this race recently as a national team, but with Olympic qualification on the line, as well as the best lineup they’ve had in years, pushed them to race this week.

Mona McSharry was actually on both relays, though on the old record-setting crew she swam freestyle, and this time she swam her preferred breaststroke. Ellen Walshe also swam the butterfly leg on both relays, knocking more than a second off her previous best time on that leg.

The biggest single bite, though, came on the leadoff backstroke leg, where Danielle Hill swam 1:901.07.

This relay still has the potential to take even more time off in the final, as Hill, McSharry, and Walshe have all been faster on their respective legs in individual races. As the 11th-best time in prelims, though, they won’t get that shot in the final, and are likely out of Olympic consideration.

Jon Rudd said coming into this meet that the primary focus for his team was to earn Olympic berths, and the Irish men moved closer to that goal on Sunday morning with a National Record of their own. The team of Shane Ryan, Darragh Greene, Brendan Hyland, and Jack McMillan finished in 3:34.62, which took more than a second off the old record of 3:35.86.

That old record was set at the 2019 World Championships.

The Irish men were better everywhere, but the biggest bite came by the anchor leg Jack McMillan, who split 48.68. McMillan was at the 2019 World Championships where the old record was set, and he anchored the 400 free relay, where he split 49.63.

In the time since those World Championships, he’s improved his flat-start best in the 100 free from 50.07 to 49.22 and has supplanted Jordan Sloan as the preferred medley relay anchor for Ireland.

The two legs where the biggest opportunities for more drops in finals (Ireland was 3rd in prelims) are the backstroke leg, where Shane Ryan has been 53.7; and the butterfly leg, where Brendan Hyland has been 52.5 on a flat-start.

With only Poland leapfrogging them in prelims, if Ireland can get another few tenths in finals, that should leave them in a very solid position as the #3 wildcard with just a week to go before the relay qualifying period closes.

The Spanish relay of Africa Zamora, Jessica Vall, Aina Hierro, and Lidon Munoz also clipped a National Record in the women’s 400 medley relay. The group swam a 4:02.38 to usurp the prior record of 4:02.84 set at the 2016 pre-Olympic European Championiships.

Only Vall on the breaststroke leg is a carryover from the previous record-setting relay, and she managed to swim a quarter-second faster than she did five years ago to aid in the effort.

The difference-maker here was Lidon Munoz, who has emerged as the country’s top sprinter in the last few years and who has broken a pile of Spanish speed records.

Like Ireland, though, the Spanish relay finished out of the final in 9th place and won’t get another crack in the final. With relays from Finland, Belarus, and Denmark, all placing ahead of them on Sunday morning as fellow wild cards, and South Africa’s 4:01 from April, Spain is tentatively teetering on the outside of Olympic qualifying in this relay. They would likely need a qualified nation to decline their spot (there are a few possible candidates for that choice) in order to earn a trip to Tokyo.

Who’s in the medley relay wild card spots now for the olympics?

Hopefully Swimswam will give us an update tomorrow