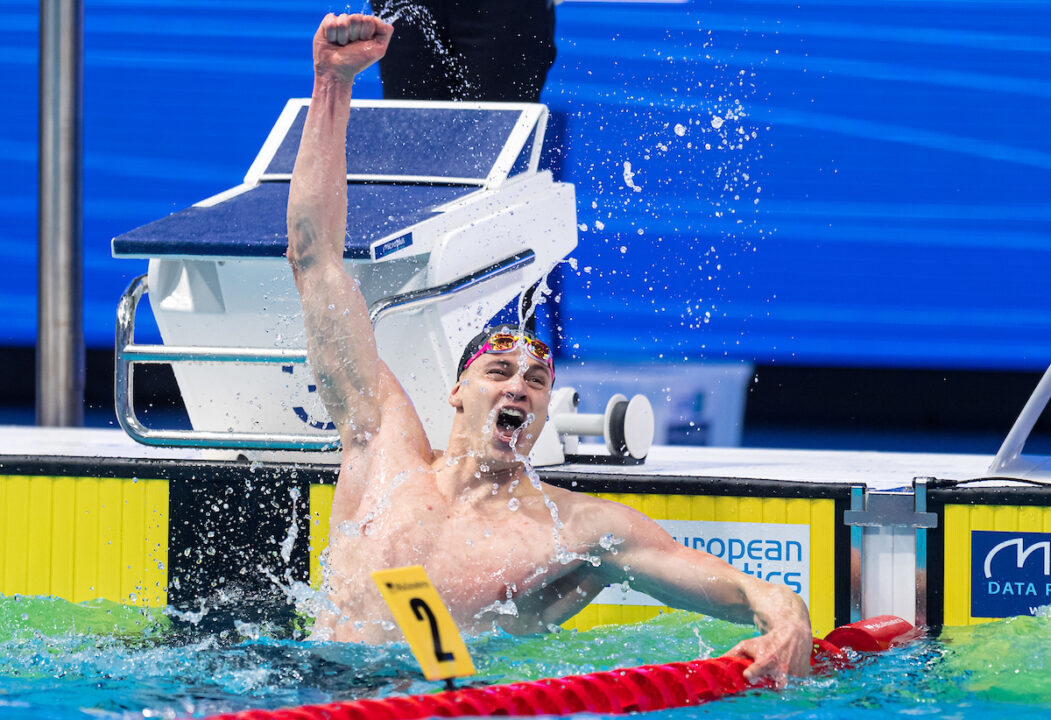 In the tightly contested men’s 50 free final, Finland’s Ari-Pekka Liukkonen inched ahead of the field to win the gold medal in a time of 21.61. Current photo via Photo Giorgio Scala / Deepbluemedia / Insidefoto

In the tightly contested men’s 50 free final, Finland’s Ari-Pekka Liukkonen had the power over the closing meters, inching ahead of the field to win the gold medal in a time of 21.61.

Liukkonen, 32, falls .03 shy of his National Record set in 2017, and moves into third in the world this season. The Finn was the bronze medalist back in 2014.

2018 champion Ben Proud got in for silver in 21.69, his third straight medal in the event and good for fifth in the world this season.

This man is a trailblazer!

14
0
Reply
Troll in the Dungeon

Proud is already 2nd in the world this season with his 21.42 from British Selection Trials.

16
-4
Reply
Joris Bohnson
Reply to  Troll in the Dungeon

He can B.proud of his performance

Not even a single dolphin kick…

Dammedest thing to see! I can not understand how he’s not figured out underwaters!