US State Department Adds Japan to Its “Level: 4 Do Not Travel” Advisory List 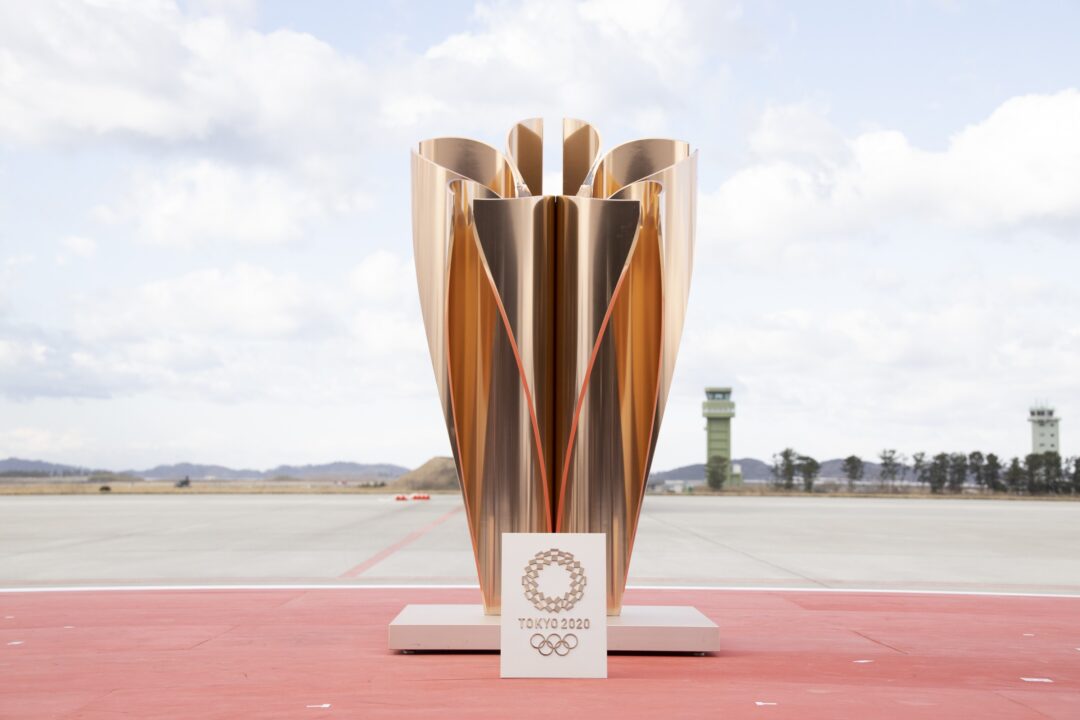 Almost exactly two months away from the first day of the 2020 Tokyo Olympics, the US State Department issued a "Level 4: Do Not Travel" warning for Japan. Archive photo via Courtesy of IOC

Almost exactly two months away from the first day of the 2020 Tokyo Olympics, the US State Department issued a “Level 4: Do Not Travel” warning today, advising US citizens not to travel to the country of Japan.

While that seems particularly dramatic, especially in light of the Olympic Games on schedule to happen in July, dozens of other countries are currently listed in the same category on the State Department’s website, including locations as diverse as Sri Lanka (also listed today), Venezuela, Egypt, Russia, Hungary (location of the 2020 ISL season) Ireland, Mexico, and Laos, just to name a few.

Many of those countries were bumped up to “Level 4” roughly a month ago, when the State Department changed its travel advisories to more closely align with the CDC’s guidelines and take into effect not only currently Covid-19 cases, but also factors like “in-country testing availability and current travel restrictions for U.S. citizens.”

Japan’s coronavirus numbers have steadily risen over the last few weeks, with over 4,000 cases reported in the last 24 hours, according to the World Health Organization, and approximately 86,000 active cases. The number of cases per day is roughly the same as it was when Japan saw a big peak in cases in January, which promoted the country to declare a state of emergency. Much of the country is now once again under a state of emergency as the current rise in cases has strained medical resources, and reports indicate the the government intends to extend that state of emergency past its current expiration date of May 31st.

According to CNN, only 2% of Japan has been vaccinated thus far, while health officials seek to ramp up vaccination efforts in the weeks ahead.

In recent days, some prominent Japanese businessmen have called for the Olympics to be canceled or delayed, prompting IOC officials to provide reassurances that most athletes and officials will be vaccinated and isolated, even as polls indicate that a majority of the Japanese people would like to see the Games postponed or outright canceled.

Put this in a much simpler box on the swim front – You don’t need Olympics or Japan to host a world championship two years in the making.

Also, ISL starts late August…but then again, are non-hardcore swim fans or just regular folks going to tune in to it.

What’s the point of the vaccine then???

You mean, if it’s sole purpose wasn’t to make sure the Tokyo Olympics happened? Yikes, dude.

No, not that… that would be consequence.
What I mean is the whole point of getting vaccinated is not to contract this darn virus!
If I’m vaccinated should I still worry???

And that’s a legit question btw, my state doesn’t require most of COVID restrictions anymore, I’m vaccinated and gladly walking around without a mask.

It’s been sold to us as a way to get our lives back.

Actually it is a means to global population reduction.

I’d agree with you but I take issue with your use of the word “global.”

Ain’t no conspiracy for global population reduction cause ain’t no globe. You’ve clearly fallen for their misdirection.

Let’s consider getting some vaccines to Japan. Within 6 weeks, they could be in the same position as the US is today.

Forced vaccination? That’s about the only way you’d get there.

If there were a new miracle drug/vaccine that helped treat erectile dysfunction or any other male sexual dysfunction, Japan would probably approve it within months. Don’t believe me? See how long it took Japan to approve Viagra compared with birth control. Maybe we should start a rumor that the Pfizer vaccine also makes men last longer. Problem solved. 🤷🏼‍♂️

Well they have a negative birthrate, approving Viagra and restricting birth control will be very effective to combat this.
(Not saying this is morally good, just effective in producing japanese babies)

Plenty of vaccines in Japan…it’s the slow distribution rate which is the problem.

Also, only the Pfizer vaccine is currently approved for use in Japan right now.

Not true, there are other vaccines that have been approved.

You’re right, it looks my info was out of date. The Moderna and AZ vaccines were given final approval 4 days ago.

I think it’s a good time to reassess the importance and relevance of the Olympics within the sport of swimming. Is World Championships any less important or relevant a meet to the sport in terms of pure performance level? Personally I think WCs comes with less distractions and is more enjoyable to watch as a hardcore swimming fan without all the olympic fanfare. ISL has brought SCM swimming back to worldwide relevance and we’re seeing incredible advances in the sport there. Neither WCs or ISL comes with the undesirable political climate and volatility like the Olympics does.

Yes – Olympics are important.
1. Non swimmers and athletes watch this
2. Kids watch this with their families and get interested in swimming or other sports that they may not be exposed to otherwise.

Yes but at what cost?

True, however, the “historical folklore” of the Olympics cannot be duplicated.

Without the Olympics, swimming wouldn’t have the tv, ad revenue, sponsorship, etc power that allows for an “enjoyable” World Champs, ISL, etc. Even then those entities are significantly less (hell…has the ISL actually even paid out their athletes yet?).

With swimming being essentially a Top 2 sport for the Olympics (along with T&F), if ever the sport attempted to devalue the Olympics, it would be an absolute death sentence to the long-term viability.

The IOC may get away with a troubled pseudo Olympics with runaway fear from locals, creating tons of awkward media reports. The timetable always should have been 2022, as I emphasized in spring 2020. There was zero chance a once in a century pandemic was going away by mid 2021.

I wonder how many athletes have been able to train properly.Canada hasn’t,t had a swim meet in well over a year.

Europe is about to host a month long cross continent football championships. The UK, ravaged by covid just a few months ago (2000 deaths per day), will be hosting more matches than any other country. The reason it’s possible? Mass vaccinations.

I’m not sure I can see Tokyo goes ahead with so few vaccinations in Japan. The Games are certainly on the brink.

The Olympics are happening. Japan already has sporting events much larger and more dangerous taking place during the pandemic. Hakone Ekiden (a collegiate long distance running relay) was unchanged. It went off as normal in January. Millions of spectators lining the streets, 3-4 people deep in many spots… For miles and miles and miles. It was not altered in the slightest from a safety perspective. Crowds were completely unmonitored and uncontrolled, albeit that event is impossible to enforse logistically (and culturally).

The Olympics would be completely different, because foreigners! I just watched a wtcs triathlon (the NBA of triathlon) in Yokohama on May 15th. Athletes couldn’t leave the hotel the entire week before and were only let out to recon… Read more »

16
-6
Reply
Breaking Bad News
Reply to  Anything he swims

Amen brother !! Nice to know I wasn’t a sole voice.

Just punting it 12 months down the road was always a “just winging it/praying frantically” move by both IOC & Tokyo organisers. Global immunisation was never going to reach sufficient levels, let alone having sufficient knowledge of mutations of the disease, in just a 12 month period whereas 2 years was far more realistic.

Yes, there ARE going to be those competitors who’s “competitive windows” will close over such a period and one feels for them but this is a reality with every year that passes. As for having both Summer & Winter Games in the same year, this was how things were up until 1994.

Ugh. I hate this. Tell Ledecky to full taper for trials and time trial all the relays just in case that’s it.

“According to CNN, only 2% of Japan has been vaccinated thus far, while health officials seek to ramp up vaccination efforts in the weeks ahead.”

You would think that a country on the verge of hosting the Olympics would have been ramping up the vaccines months ago!