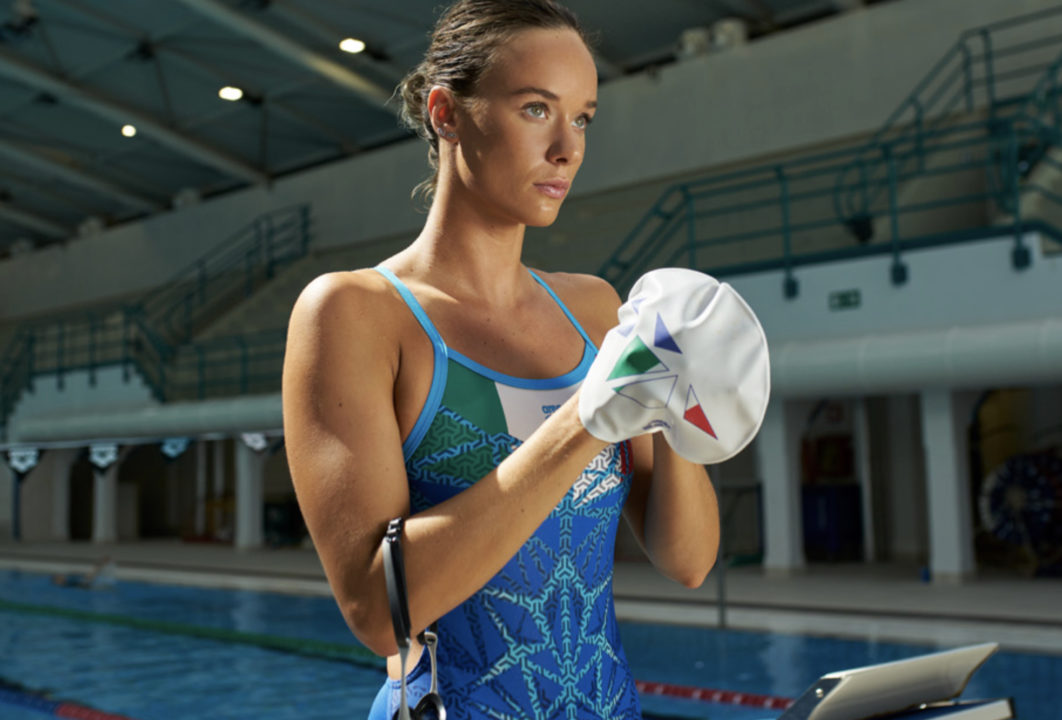 The major change in the podium came in the silver medal position, where Italy’s Margherita Panziera, found herself snagging second in 59.01 Current photo via Courtesy of Arena

It wasn’t as fast as she had initially gone, but ultimately it doesn’t matter as Great Britain’s Kathleen Dawson officially wins the women’s 100 backstroke in a time of 58.49, 31 one hundredths slower than her 58.18 from the original final. Dawson also was .05 off her Championship Record set in the semis.

The major change in the podium came in the silver medal position, where Italy’s Margherita Panziera, after coming home in 30.10, finds herself snagging second in 59.01. Panziera had gone 59.65 for fourth earlier in the session.

Kira Toussaint, who thought she had won silver after going 59.02 earlier, falls off the podium in fourth, clocking 59.32. Russia’s Maria Kameneva maintains the bronze medal, going 59.22 after a 59.13 in the original heat.

Louise Hansson, who clearly missed the start in the initial final, swam over two seconds faster (and exactly the same as her semi-final time) in 1:00.04 to take sixth.

What a refreshingly humble and honest answer, great integrity!

Such a class act, she deserves good luck in Tokyo!

Of course there is none of her fault of what has happened. Under the circumstances she was put into she won fairly the place on the podium. The decision to not race for the second time wasn’t entirely up to her. But if she believes that it isn’t right then don’t make such an interview without giving up officially your medal and prize money.
Then it would be a class act.

How do you know she didn’t offer the medal to Kira?

I don’t. Maybe because nobody reported about that.