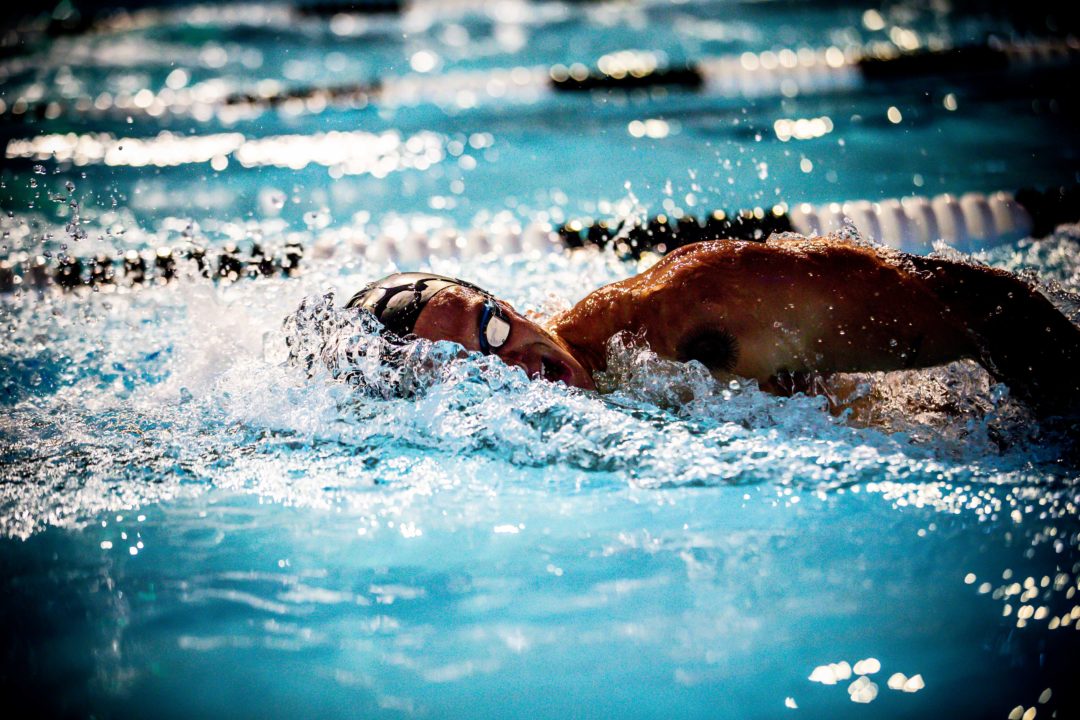 Having already qualified for Olympic Trials in the 100 fly, Simpson raced to a 9th place finish in the 50 fly at Australian Nationals. Archive photo via Jack Spitser/Spitser Photography

Now a year and a half into his return to elite swimming, singer/songwriter Cody Simpson was among those to race at the recent 2021 Australian Swimming Championships. Simpson has been training since back in the fall of 2019 and has recently been in California and Florida working with coach Brett Hawke.

Simpson swam in Australia until 2012 and since but transitioned away from the sport as he rose to fame within the music industry. Since then, he has released a number of singles including ‘iYiYi’ and ‘Paradise’, along with 2 albums named Surfer’s Paradise and Free. This meet marks his first competition back in his come country since his return to the sport.

While Simpson’s Instagram post refers to this as his “first competition back in 11 years!”, SwimSwam readers will know that he’ swum a few low-key races in the U.S. over the last year-or-so, which includes qualifying for the Australian Olympic Trials, so more technically this would be his first “big meet” back and probably his first “Australian meet” back in 11 years. None-the-less, it’s a big culture-meets-sport moment down under.

Simpson’s only race at the meet was the men’s 50 butterfly on the final day of racing. In the prelims of the event, he posted the 11th fastest time in the field at a 24.68, landing just outside of qualification for the 10-person A final. When 4th seed Matthew Temple and 6th seed Ben Armbruster scratched from the final, however, Cody Simpson got a spot in the final and swam to a 9th place finish with a 24.79.

Simpson would have had to quarantine for 14 days upon arrival in Australia, though the quarantine of a pop star might look a little different than that of a regular importee. According to the Sydney Morning Herald, Simpson’s quarantine did not finish until the day prior to the competition’s start, which led him to scratch the 100 freestyle and 100 butterfly.

Simpson is expected to be back in the pool in a few months for the 2021 Australian Olympic Trials, having qualified to swim the 100 butterfly back in December 2020 when he posted a 54.9 to undercut the qualification mark of 56.87. In February 2021, Simpson followed up that 54.9 with a 53.85 100 fly which, should Simpson have swum it at the 2021 Australian Swimming Trials, would have been fast enough for an 8th place finish.

Wake me up when he can beat peak Sarah. Also, apparently, he’s really “stoked.”

Exactly my thoughts yet the aussie press made it out to be something incredible….just to bring him down when he fails to get out of the heats at trials.

Noticed Andrew Lauterstein was back racing too