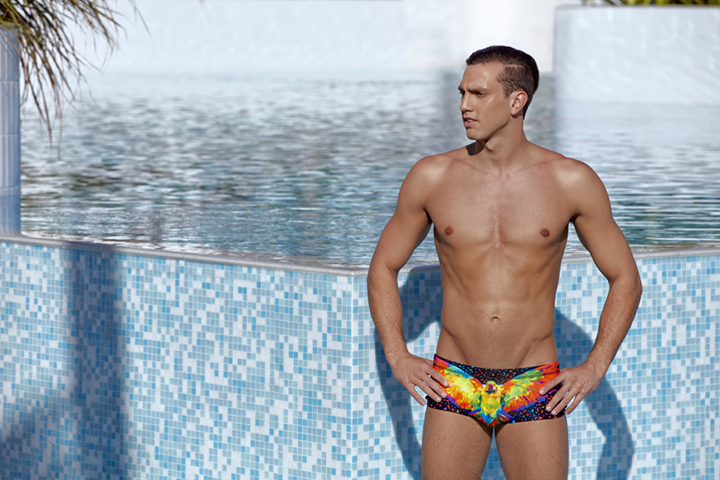 Incerti managed to clip more than 10 seconds off his 4:00.49 in the 400 freestyle to post the top morning swim and move up 22 places at Australian Nationals. Archive photo via Funkita and Funky Trunks

The second-to-last prelims session has wrapped up at the 2021 Australian Swimming Championships, setting up yet another finals session filled with tight races and close finishes. Day 3 prelims featured the 400 freestyle, 200 backstroke, 200 IM, and the 100 butterfly, all of which are Olympic events. With only 2 days left to go, there is still lots of fast racing expected to go down as swimmers get their last shot at top-tier racing before Australian Olympic Trials to be held this June.

Having earned a 6th place finish in the 200 free final, Incerti will have a shot to retain the top spot during the 400 freestyle finals but will need to fend off a solid field behind him. Elijah Winnington and Thomas Neill were both less than a second slower than Incerti with a 3:50.21 for second and a 3:50.54 for third seed, respectively. Also among those looking to infiltrate the top 3 during finals will be Jack McLoughlin (3:52.84), Brendon Smith (3:53.19), and Elliot Rogerson (3:54.22), among others.

Ariarne Titmus continued her post-injury return to racing during the 400 freestyle prelim where she posted the top time of 4:06.53. Titmus is the reigning world champion in the event, having posted a gold medal-winning swim of 3:58.76 at Gwangju 2019. Titmus is the favourite to win the event at Australian Trials this June and her prelim swim was already under the 4:07.10 she’ll need to swim the event in Tokyo.

1500 freestyle champion Madeleine Gough wasn’t too far behind Titmus during the prelims and managed to get within a second of the Olympic selection cut with a 4:07.91. That’s just under her entry time in the event of 4:07.97. Second seed Kiah Melverton managed to deliver a 4:08.68 in the prelims which was enough to get third seed heading into the finals.

In McKeown’s absence from the 200 back, Emily Seebohm posted the fastest morning swim with a 2:11.80, trailing her entry time of 2:08.45 and her PB of 2:05.68 which she swam and World Championships back in 2015. Seebohm’s closest competitor in tonight’s final will be Mollie O’Callaghan who swam a 2:14.31 for second in the prelims. O’Callaghan was a bit off her best time in the event which sits at a 2:11.03 from earlier this season.

After getting disqualified in the 100 backstroke prelims for a false start, Mitch Larkin returned to swim the 200 backstroke and posted the fastest time in the field with a 1:54.38. Larkin’s swim gets him within a second and a half of his current PB and Australian record in the event of 1:53.72 from 2015.

100 backstroke champion Tristan Hollard was a 1:59.17 to claim second seed in the heats but was closely followed by another trio of sub-2 minute finishers. Heading into the finals, Ty Hartwell (1:59.40), Thomas Hauck (1:59.46), and Joshua Edwards-Smith will be among those fighting for a spot on the podium.

In the men’s 100 fly, Matthew Temple was the top finisher with a 52.49 and will attempt to improve upon his second-place finish in the 200 fly from day 3. It won’t be a runaway for Temple, however, as he’ll be joined by Shaun Champion and 200 fly victor Bowen Gough who hit swim of 52.64 and 52.99, respectively.

There’s too many swimmers scratching their pet events .. I’m confused for a country that doesn’t have much race practice in the last two years .. and would rather train and train than race each other before the olympics …

I just looked – Mack Horton didn’t swim the 400?! Was that planned and I missed it?